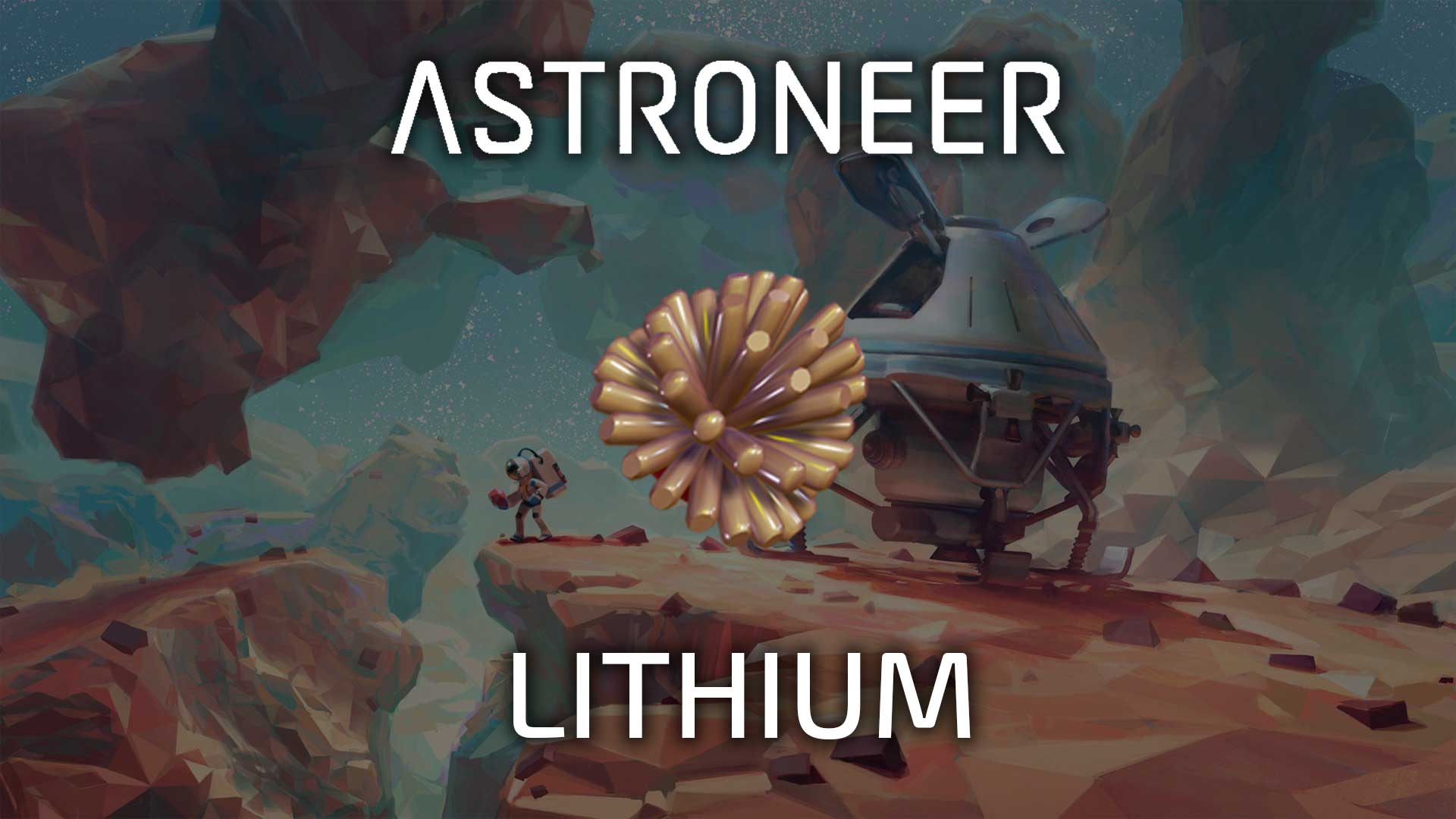 With the modern world of technology, we all know that lithium is the material that goes into making batteries better. At least for the next few years until Elon Musk creates something better. Lithium is also used for the production of batteries in Astroneer. Unfortunately for us, it is not available on the starting planet. You will have to scavenge for batteries in the early days.

Lithium is one of the more unusual natural resources in the game when it comes to its appearance. It shows up as a strange curly kind of tube that grows in little batches. It is not too uncommon on the planets that it appears on. It is one of the few natural resources in the game that is not refined into something else before it is used for crafting.

Where To Find Lithium

Lithium can only be found in the caves on Vesania and in the mountains of Novus. It will appear as a red/orange coloured curly tube that grows out of the ground. It sort of looks like bits of a rib cage sticking out of the soil

Since this is a planet specific resource, it is not possible to obtain this resource using a soil centrifuge. You can obtain it from a trade platform but if you are looking to find Lithium, you will need to travel to Vesana or Novus as these are the only planets that contain this resource.

Lithium can only be found on Vesania and Novus. It is fairly common on these planets but since they are not accessible until you have progressed further into the game, you will not be able to kick off any serious battery production until much later in the game. The table below will list the different planets of the game and give you the rarity of the resource on each one.

Lithium looks like rib cage bones all mixed up together. The colour is a mix of red that blends into a yellow colour. You will always find it sticking out of rocks and soil. The colour and shape is normally distinctly different from the regular parts of the environments and as a result, you should be able to find it quite easily when you are on either of the planets. The image below will show you what it looks like so you can know what to look out for when searching for it.

Lithium can also appear on hills and is much harder to spot as it can look a lot like plants that grow here. You can see from the image below that it does look quite similar to the plants that are growing on the rocky areas of this planet.

What is Lithium Used For?

Lithium is used in the production of power storage and generation items in Astroneer. Since wind and solar are the main sources of renewable energy, players will struggle with power when the sun is gone and the wind is not blowing. Items crafted from Lithium will solve both of these problems? The table below will contain a full list of all structures and items that can be crafted using just this resource or a combination of others.