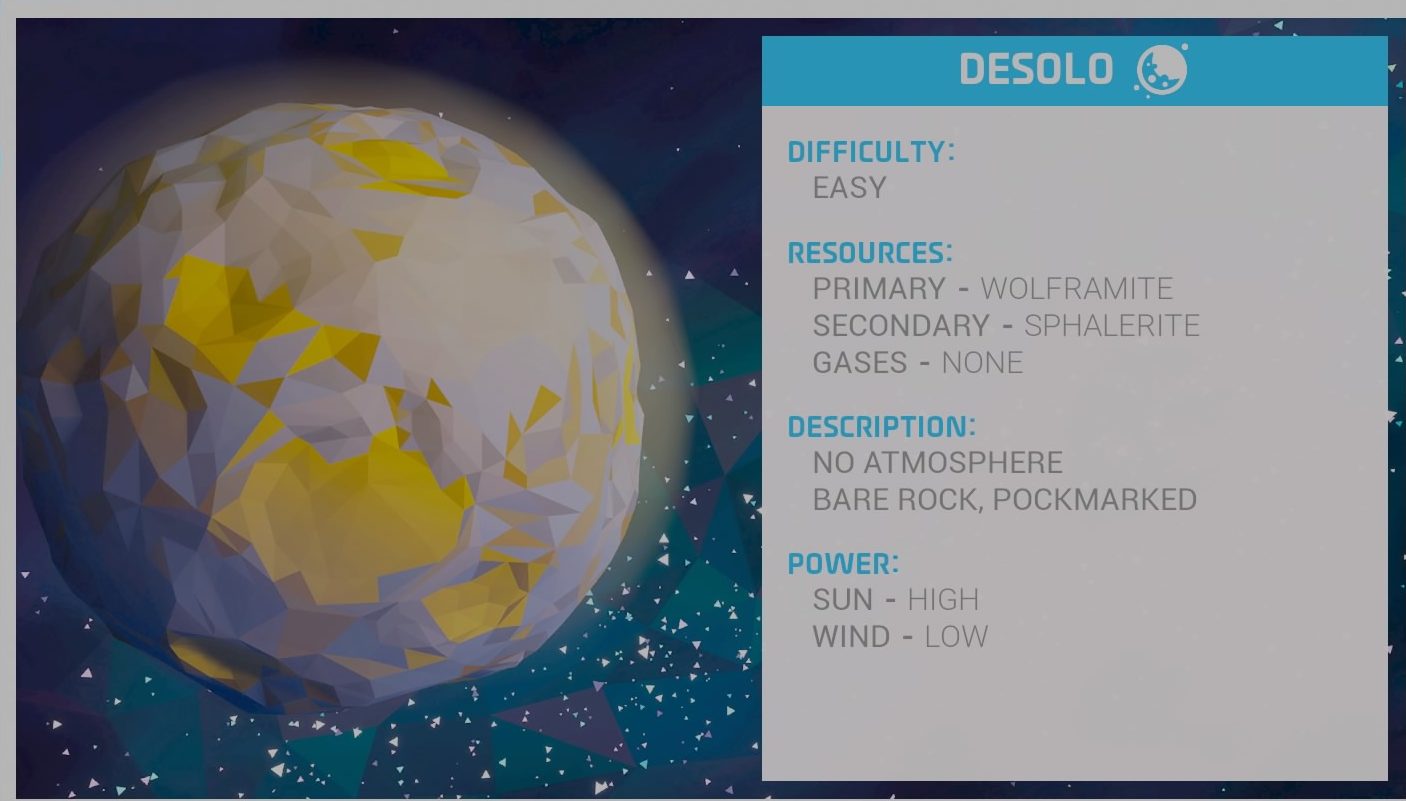 Desolo is the first journey you are likely to make in a rocket in Astroneer. It is the moon of Sylva and is a fairly easy one to explore. It is a barren moon, much like Earths moon.  It is only a short journey that you can do with a single solid fuel thruster. Any further and you will become stranded unless you bring a backup.

Since this planet is quite easy to survive on, has a good supply of the universal resources and all the means to generate power, it makes for a perfect trial run for anyone getting started with interplanetary travel in this game.

The terrain generation will consist of lots of hills and rocks. The caves below the surface are similar to those on Sylva.

What Resources Are Found On Desolo

Desolo contains all of the universal resources that are found on all planets in Astroneer.

Wolframite is the main resource that will attract players to this planet due to it being the source of Tungsten. There is also Sphalerite on this planet.

Generating power is a unique challenge on every planet, particularly when you are dealing with the basic wind and sunlight capture methods. The day/night cycle is very short on Desolo, which makes it easy to capture sunlight and survive on this if you have a good supply of batteries to store the power during the short night.

To get by on this moon, you will need to get up some power generation setup. Once you have this, you will just have to avoid falling into any deep caves and travelling too far away from your tether and running out of Oxygen.

How To Fly To Desolo

Flying to Desolo will require you to build a rocket with a solid fuel thruster and an oxygenator. Once you have constructed a rocket, you will be able to launch into the orbit of Sylva, where you can quickly fly to Desolo without having to burn excess fuel that prevents you from being able to return.

What Unique Items Are On Desolo

Desolo contains more or less the same debris related items that are found on Sylva. The unique elements come in the form of Wolframite and Sphalerite which spawn on this planet.