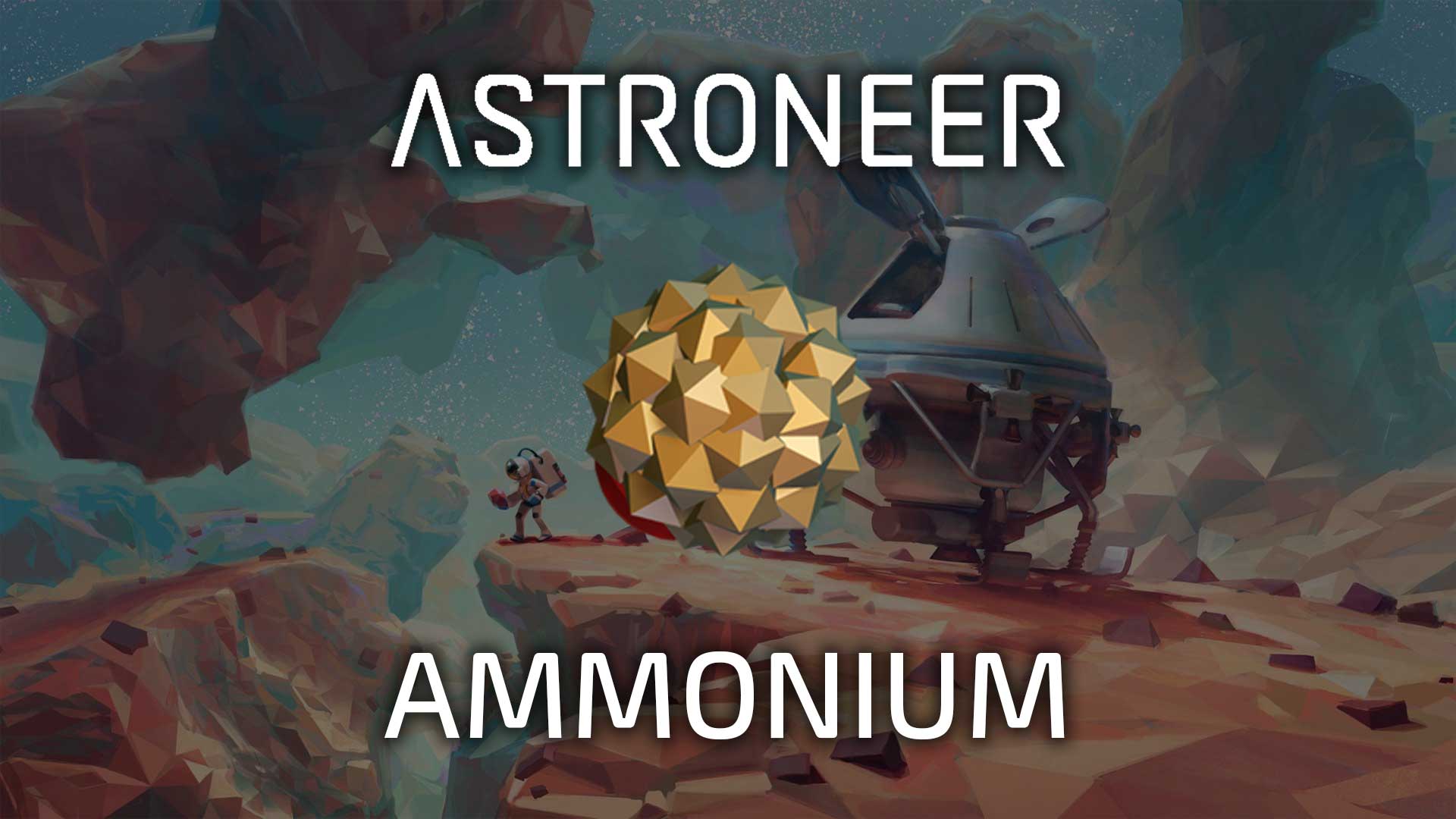 Ammonium is a natural resource that can be found on every planet in the game. This is a good thing as if you ever find yourself stranded on a planet, ammonium will save your life as it allows you to produce a rocket to make your way back home.

Ammonium is not the most common resource and does not appear in large amounts but it does not appear too often for crafting, making the quantity at which it spawns less of an issue.

Where To Find Ammonium

Ammonium is a natural resource that can be found on the surface of all planets in the game. It is a shiny glass/metal looking resource that is a tan/green colour. It appears in the soil in small clusters of crystal-shaped items which will glitter from a distance.

Ammonium can be created using a soil centrifuge and can also be traded for scrap if you are having issues locating it on the planet.

Ammonium is found on every planet in different quantities and rarity. The table below will list the different planets of the game and give you the rarity of the resource on each one. I am not entirely sure of the quantities on all of the planets, so if you know more here, please help me. There is enough on Sylva to give you all you need to explore the planets to the point where you can build better rockets and thrusters. Finding it on other planets is more of an emergency thing.

What is Ammonium Used For?

For players going to explore the stars, ammonium is going to be something that saves your life. The solid fuel thruster is the most basic type of rocket that you will need of you find yourself stranded. The table below will contain a full list of all structures and items that can be crafted using just this resource or a combination of others.

In its raw form, ammonium looks like a gold/brass coloured rock that glitters from a distance away. When harvested it looks like quartz but a different colour.

Ammonium is easy to spot from a distance due to the fact that it glitters quite strong from far away. It will often catch your eye when you are out exploring. Often a little disappointing when you expect some rare gemstone but when it comes to building rockets, this stuff will be very useful to gather whenever you come across it.