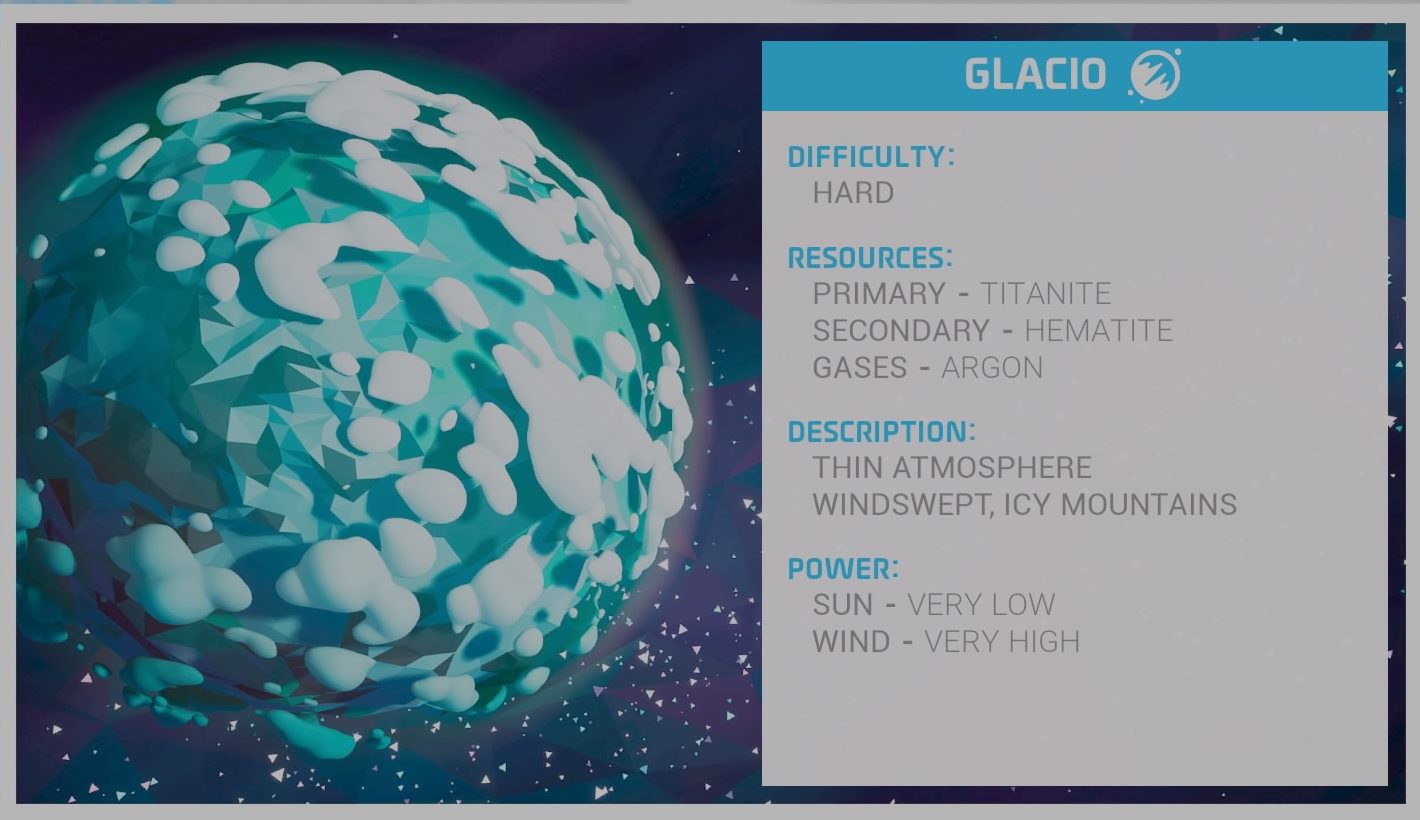 Glacio is a planet in Astroneer. It is an ice planet and is one of the more difficult ones to survive on due to the more harsh terrain and more limited supplies. The landscape is icy and cold with minimal light for solar panels.

The planet’s landscape is quite icy and cold in its appearance. There is an abundance of wind which actually makes it a little easier to survive on than you might initially think.

One of the best things about this planet, that makes it well worth travelling to is for the bytes. The surface of the planet has a lot of items that can be researched to obtain bytes. The return is quite high compared to other planets. A short amount of time here will be enough to obtain a huge amount of bytes very quickly.

What Resources Are Found On Glacio

Glacio contains all of the universal resources that are found on all planets in Astroneer.

In addition to the universal items that are found on all planets, Glacio also contains Titanite as its primary resource along with hematite.  There is also a high concentration of Argon in the atmosphere at 100ppu.

Glacio has low levels of sunlight for power generation. It makes up for it by having very high levels of wind. When you are travelling to this planet, you should ensure you are prepared for this. You will find some wind turbines on debris around the planet surface but it is a luck of the draw as to whether they will be close to where you land.

With batteries and medium wind turbines, you should have no problem at all with power generation on this planet. Since lithium is not found here, make sure to bring some for the creation of batteries. You can’t rely on them being found through exploration.

For general help in generating power on any planet, I would suggest checking out the Astroneer power generation guide.

The Glacio gateway engine can be activated by placing a piece of diamond into the input slot on the floor inside the chamber. Once the odd stone appears, you can connect it to the connection on the roof in order to complete the chamber activation.