We joke about how many times Skyrim has been released and with my total at 3 copies, I will not be buying it a 4th time for the Switch. There have been a lot of really good games that are likely due a remaster or at least a port to the Switch. Here are some games that I think should be ported to the Nintendo Switch. 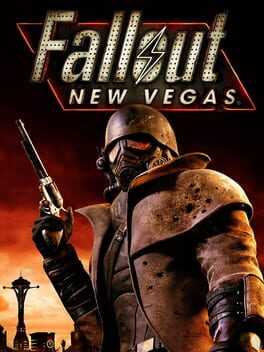 People tend to have strong opinions about both of these games in either direction. Both are really good games, but not without their share of crazy ass bugs. Fallout 4 had a level of polish that was new to the series. Even with bugs intact, both of these Fallout games would make a great remake. Porting Fallout 4 to the Nintendo Switch might be a tricky task. These 2 older titles should not present half as much trouble. They got it to run on the PS3, so it shouldn’t be breaking the Switches back.

Valve doesn’t do 3s so we may not get a 3rd portal game in the Switch’s lifetime. This was a fantastic game and would fit perfectly on the Switch. Might be nice to make some kind of special release of Portal with the original game too.

They already remastered the 3 Bioshock games. Hard to say whether there is much momentum left after the release of the collection some time ago. This should be another quick win in terms of porting it over to the Switch. If Skyrim can sell on the Switch then there is more than enough potential for this to sell too.

The 3rd Mass Effect game actually made an appearance on the Wii U, despite all the 3rd party publishers deciding to boycott it. The first 3 games in this franchise were great games. It has been quite a while since they have been released so people would definitely want to play them again if the series got a remaster.

Why Nintendo didn’t port everything including the kitchen sink from the Wii U as quickly as possible seems a bit odd. The effort was made to remaster both of these games for the Wii U, where they likely ended up making a loss for Nintendo. Seems like a logical step to just port these over to the Switch. Nintendo seems to have no major issues porting other Wii U games over, so this should be a quick kill for them.

Pretty much the same reason why the Bioshock Collection would make a good remake. It was designed for the previous generation of consoles, so there shouldn’t be any issues getting it to work on the Switch hardware. It was already remastered so it’s just another case of porting this one over to the Switch. So long as they don’t go making people use smartphones to talk with people online it will be good fun to have Borderlands Ported to the Switch. 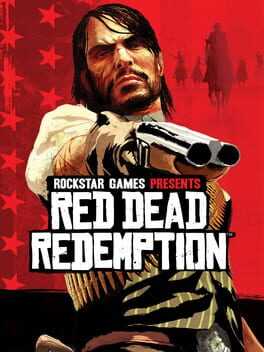 I would imagine there are capacity issues when it comes to the upcoming Red Dead 2. They can’t possibly fit a game like this on a 32gb Switch model even if they had the entire 32Gb to work with. The original game fit just fine on an Xbox 360 DVD, so we shouldn’t see any issues getting this game over to the Switch. What better way to build some hype for the second game (which is inevitably going to be delayed) by re-releasing the original on the Switch. Let’s not forget the Undead Nightmare pack.

I absolutely love these games and with Kojima out of the picture, we won’t have any more (good) MGS games to sink our teeth into. There would be absolutely no issues getting PS2 remasters to work on the Switch. Who wouldn’t want to play Snake Eater on the Switch!?

The revival of this franchise has been amazing. I don’t think the dev team get half enough credit for the amazing job they did bring this franchise back to life. The first 2 games, particularly the old blood were brilliant games. I would love to see both of these games make their way to the Nintendo Switch.

A game that was once a benchmark for people to decide whether they had a good PC or not. The series went down a bit of a rocky road along with Crytek themselves. Considering the financial troubles they have been experiencing, remastering the 3 Crysis games would generate some desperately needed income.

Terrible GTA rip off or everything that GTA should have been. Another franchise that has very split opinions on it. Looking at these games without comparing them to GTA makes these games a lot more enjoyable than they already are. The series went to hell…literally and It doesn’t look like they can do much to save it at this stage. With it being unlikely for games like GTA to ever be released on the Switch, this would be a brilliant game to get out into the wilderness.

Why are there 11 when the title said 10? I had 11 good ideas and 10 seems to make a better title than 11. I apologize for my lies and deception!