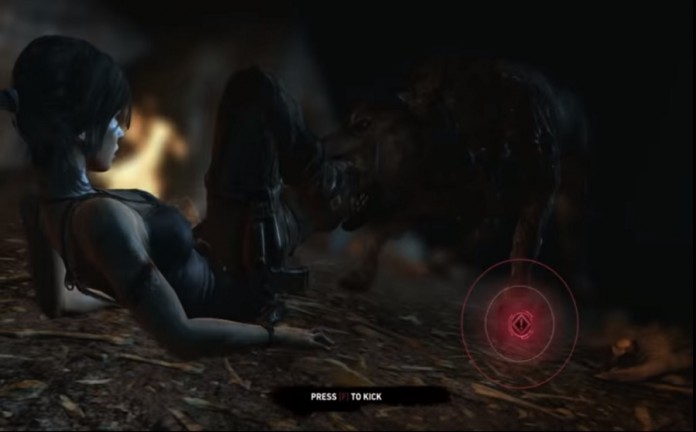 I love video games and always have, but sometimes game developers make decisions that really annoy the hell out of me. Sometimes it’s down to ignorance and carelessness on the developers end and other times the issue is out of their control. Regardless of who is to blame, there are some things that we all hate about video games.

Let’s start off strong here and get onto one of the most annoying and distracting things in video games. Here you are, enjoying the cut scene, really getting into the story. You aren’t really holding the controller properly as this is a cut scene, there is nothing to play during a cut scene. Then suddenly a button prompt pops up and you have a second to react and hit the button. “Oh you missed the button? Well why don’t you watch through the entire cut scene again and have another try.”. Uncharted: Golden Abyss was a perfectly good game that had its story completely ruined using these stupid events.

When playing games the main goal (for most games) is to stay alive and not die. This task is a lot easier in some games compared to others. Regardless of the game, the fun in playing the game is looking after yourself so you don’t get die. Babysitting or escort missions really get on my nerves. When the game is tough, it’s hard enough to make sure enemies don’t kill you. Escort missions have been around for a long time, but when you are stuck babysitting an NPC who is incapable of looking after themselves, it makes you want to smash your controller.

Weapon accuracy is one thing that can always be defended. Smart weapons with great scopes really help accuracy, but when it comes to a grenade the level of accuracy for some enemies goes a bit too far. When you are lying prone, hiding away from enemies, it makes no sense that several enemies can land a grenade right on your lap. Call of Duty World at War was a god damn nightmare for this.

The whole point of a boss is that it’s meant to be a very difficult enemy that takes a lot of work to kill. Dying during a boss fight is something that is almost expected while you learn the ropes on how to actually kill the enemy. Most boss fights start with a cut scene and even worse is when they can’t even be skipped. When you die and then have to re-watch the same cut scene over and over it just makes you want to delete the game and never play again.

Grunting is a very normal and natural reaction to a various amount of things that occur within a game. When you get shot with a bullet, climb a ledge, hurt yourself or do anything physical it’s very normal to have some kind of grunt. A lot of games vary the grunts and keep them subtle and then other games sound like there is a god damn orgy going on in the room. The Automatron DLC for Fallout 4 drove me nuts here. I had a female robot and if she took several bullets it sounded like she just had an orgasm.

I am all for change when it comes to game controls. If someone has a better idea, go for it! If people didn’t try to reinvent the controls for games, we would likely never have gotten thumb sticks. With this being said, sometimes control remapping goes very wrong. When a controller has trigger buttons, use these buttons for triggers! It’s one annoyance to find that the default control scheme for a game sucks, even more annoying when you discover that it’s the only option.

7) When Box Art Is Better In Other Regions

This isn’t something that bothers everyone, but for those of us who like to own physical copies of games this can get seriously annoying. Game developers don’t always get it right when designing the box art. Sometimes the community complains on time and they offer new box art like what recently happened for Doom. Other times they release one box art version in one country, and a much cooler version in the other.

Every developer when queried on this topic will deny the fact that creating a multiplayer game mode, takes away from the games single player. This to me sounds like complete garbage. If you have a multiplayer game mode in a game, it must take some effort to make it. This effort could have been better spent making the main game better. Who wants to join a ghost multiplayer lobby?

9) When Games Get Released On Every Platform Available

This is a good thing for gamers, but its a terrible thing when it comes to quality. You cannot build a game that runs on every single platform. Last generation game consoles aren’t nearly as powerful as current. Mobile devices don’t even come close to having the power of a proper gaming machine. When developers (likely forced by publishers) make a game that runs on phones, handhelds, PC and the last 3 generation of game consoles, you know the game is going to be full of bugs, short and most of the game, garbage. Pretty much every game based on a movie does this and it’s usually why 99% of them suck!