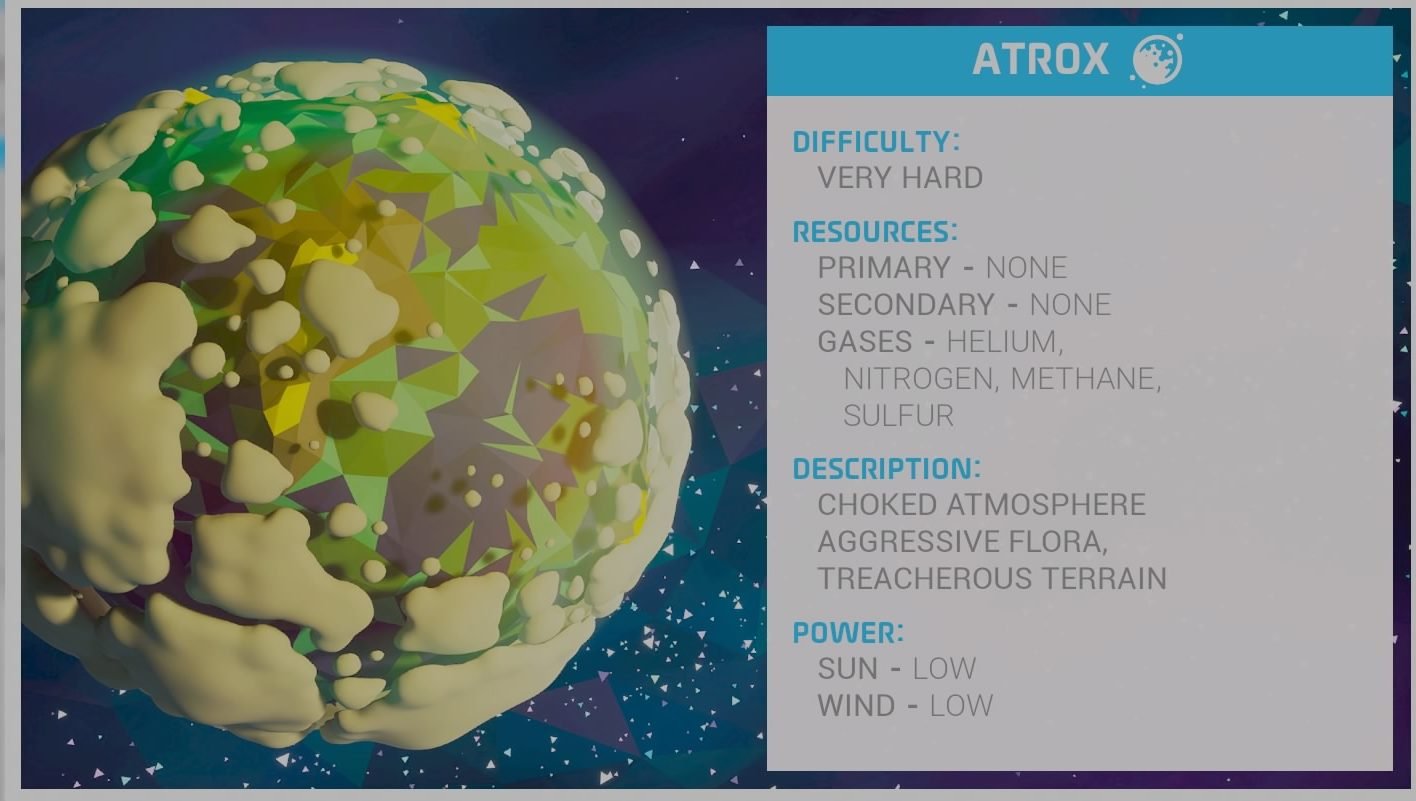 Atrox is a planet in Astroneer that is considered the most difficult of all of them in the game. There are a large number of deadly plants on this planet to look out for. Despite the toxic appearance, the planet itself does not cause you to take any damage.

The low wind and sun levels on this planet will make it difficult and it is suggested you save this planet until much later in the game to visit due to the high requirements needed to unlock the RTG device.

What Resources Are Found On Atrox

Atroxcontains all of the universal resources that are found on all planets in Astroneer.

Unlike other planets, Atrox does not actually have any unique natural resources for you to obtain. It does however have 4 different gas types that are available in the atmosphere in different quantities.

Generating power is quite challenging on Atrox due to the limited wind and sunlight. It is best you save this planet until much later in the game when you are able to bring an RTG with you. This device will allow you to generate power without the need for any of the renewable elements that you typically need to take advantage of.

You can still use the sun and wind to power your base, but you will struggle to get much out of them. The best strategy is to use the RTG with some batteries. While you are doing nothing, the RTG will fill up the batteries, allowing you to take advantage of sudden needs for lots of power over a short period of time.

The gateway engine in Atrox is unlocked by placing a single piece of Hydrogen in the input of the engine. This gas is unfortunately not found on this planet despite it being rich in many others. Once the odd stone appears, you will need to insert it into the platform in the roof above to complete the activation of the gateway engine.