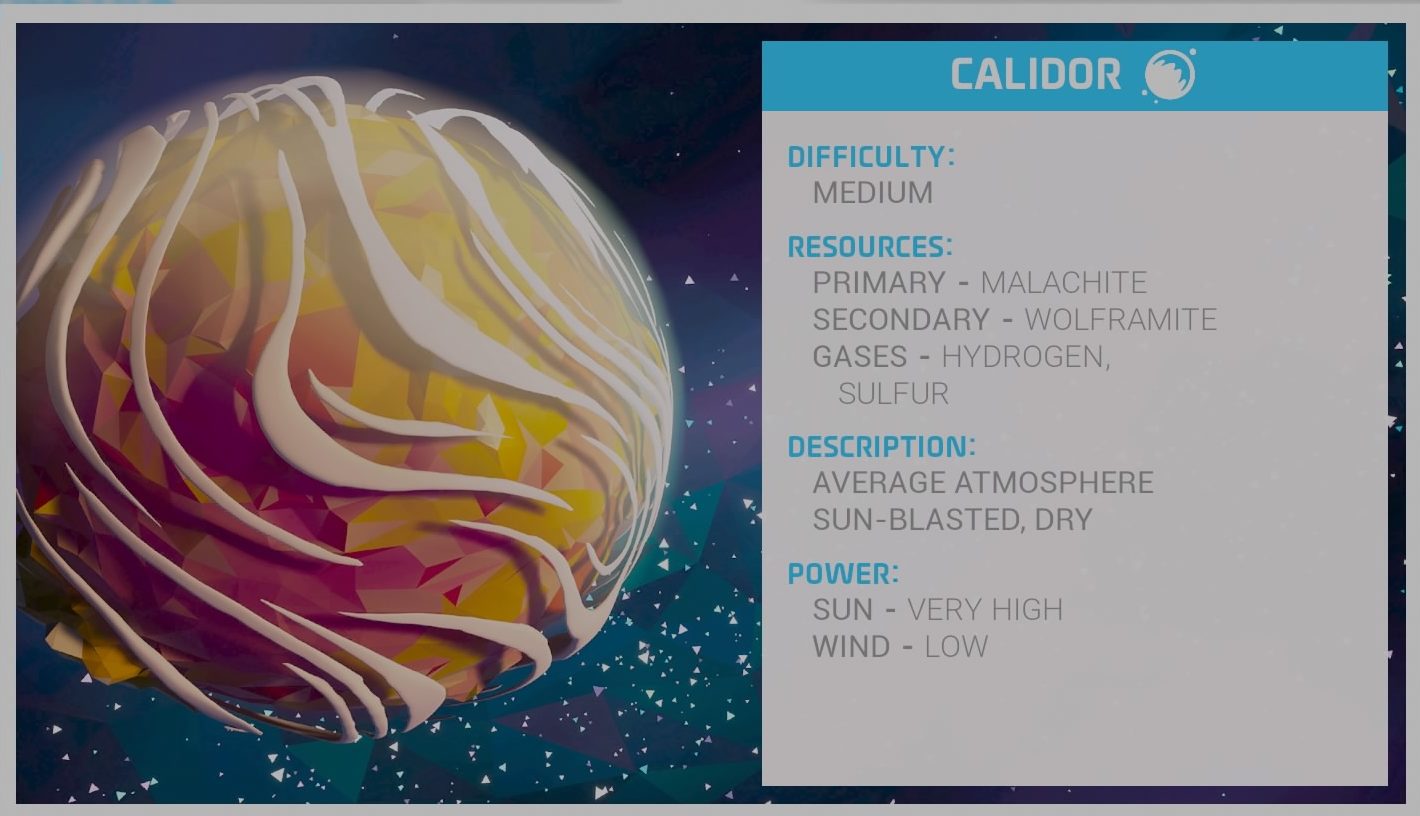 Calidor is a desert planet in Astroneer. The difficulty level on this planet is slightly higher than Sylca. It has a longer day-night cycle which will require you to make good use of batteries to power the base during the night.

The terrain of the planet is barren and dead. There are some organic plants growing that resemble the types of dry shrubs and cactus looking plants that you would see in a common desert.

The primary resource on this planet is Malachite, which can be found in large amounts in the caves underground. Wolframite is also common here with it appearing much deeper within the planet.

What Resources Are Found On Desolo

Desolo contains all of the universal resources that are found on all planets in Astroneer.

You will also be able to find Malachite and Wolframite beneath the surface. Malachite is the primary resource for this planet and can be found in large amounts. Great for those needing to get a steady supply of copper.

Generating power is a unique challenge on every planet, particularly when you are dealing with the basic wind and sunlight capture methods. The levels of wind on this planet are quite low, meaning you will have to rely on sunlight to generate the majority of your power. The days last for over 10 minutes which makes it very easy to generate power from sunlight. You will need to ensure you have a decent battery setup as you will also need to survive the same amount of time without sunlight.