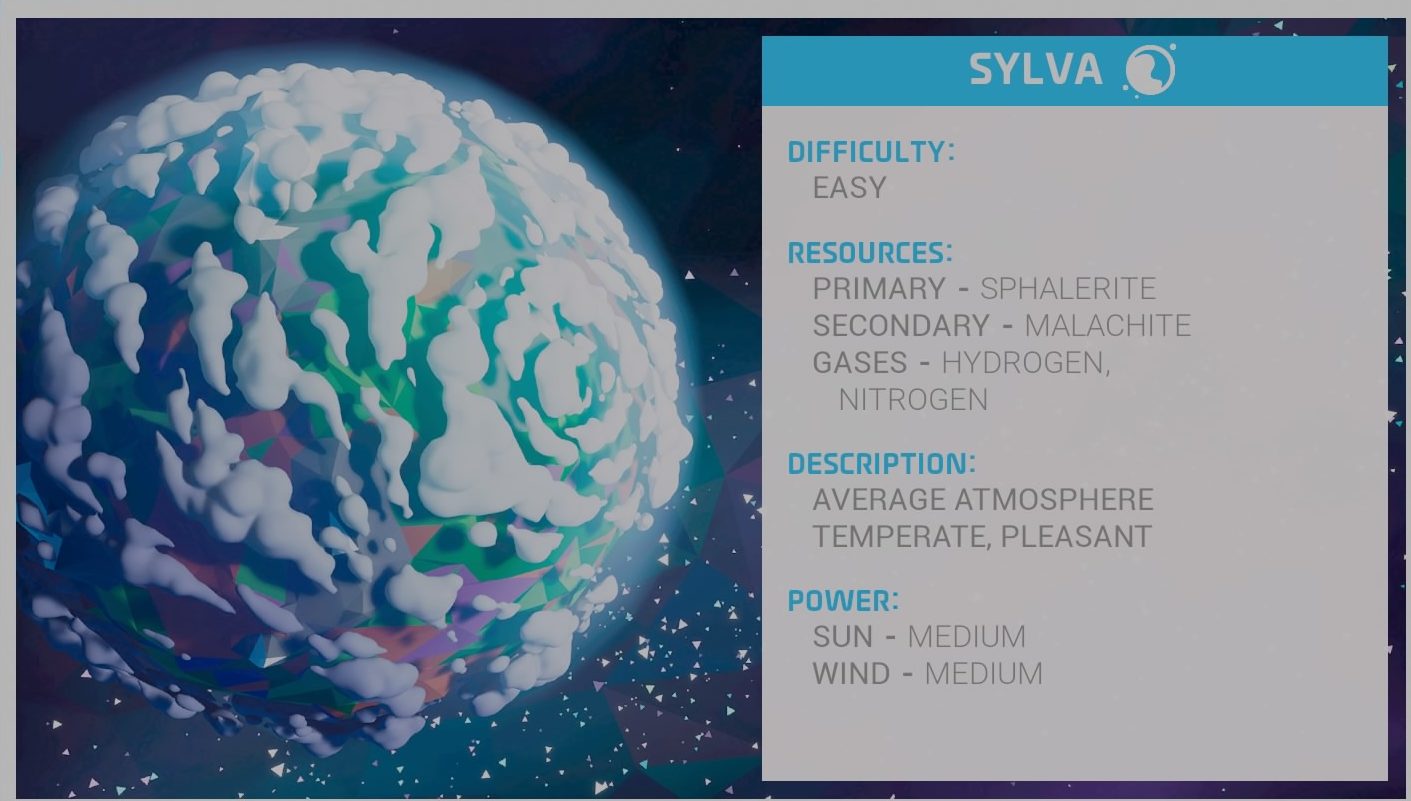 Sylva is the starting planet in Astroneer. All new games will result in the player landing on this planet. Sylva is a fairly calm and hazard free planet. There are a few dangerous plants like popcoral, but these plants won’t hurt you if you leave them alone.

There is a plentiful supply of resin and compound along with lots of organic for players to get their base off to a strong start. You will get everything you need to prepare you for travel to other planets.

The landscape on the planet, while quite alien in its colour scheme is the most Earth-like planet in the game. Rolling hills, open grassy areas, caves etc are all quite an earth-like in their appearance. There is a reasonable amount of sun and wind to allow for easy power generation in the early stages of setting up the power requirements of your base.

What Resources Are Found On Sylva

Sylva contains all of the universal resources that are found on all planets in Astroneer.

The two additional, non-standard resources on Sylva are Sphalerite and Malachite. Both of these resources are key to power production. Copper is used for solar panels and zinc being an essential ingredient in the production of bigger batteries to improve power storage on your base.

Power generation on Sylva is fairly easy. The wind will blow often enough and the day cycle is long enough that you should be able to capture enough power to fill batteries. When starting out, you will not have the means to produce a battery. Your main shelter will produce a steady supply of power without the need for fuel which will be enough to get your feet off the ground.

The best way to speed up the process is through exploration. This will be a double win as you will need to explore the area for resources and research items to obtain more bytes. In the process, you should find damaged platforms that quite often contain batteries, small solar panels and small wind turbines and less often medium wind turbines and solar panels. If you explore long enough, you can actually find more than enough to power your base.

Surviving on Sylva is quite easy when compared to other planets. There isn’t much to kill you. The biggest threat is falling down a deep cave or walking too far away from your tether and running out of oxygen.

What Unique Items Are On Sylva

Sylva contains an abundance of malachite and zinc. Zinc is not found on planets that contain lithium. If you plan on setting up some power storage on your otherworldly settlements, you will need to make sure you harvest some of this to bring with you when you are packing up your rocket to travel. This is key in the creation of large batteries.

Other than the resources, there is nothing too unique about this planet other than it being uniquely easy to survive.

In order to unlock the gateway engine in Sylva, you will need to use a piece of Quartz. This will be consumed by the engine and unlock the portals on the surface on the planet.