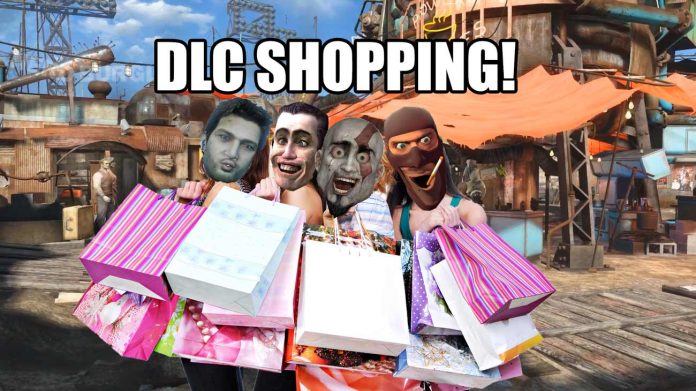 DLC has been an incredibly touchy subject for gamers over the years. I was someone who was very slow to embrace DLC. I was of the mindset that the DLC content should be part of the main game, particularly when it comes to day 1 DLC. As of late, DLC has sort of found its place in the development process. We have been getting some amazing content that doesn’t come at the expense of the main game. The DLC content has been getting so good that I have been wondering whether games have enough DLC.

For highly popular games, does it make sense to stop? I am sure there are those who will answer this with an aggressive no! Whatever way you look at it, publishers could capitalize on DLC a lot better. I couldn’t stop playing Fallout 4 when it first came out. For those of us who bought the season pass early, we got incredible value for money. By the time the final DLC pack released, the game had a pretty solid run of DLC, but should they have stopped? Many argue that the team need to move onto new projects, but why does the main dev team need to keep producing DLC? There are plenty of studios that have many teams to work on more than one game at a time. It would make sense to have a dedicated DLC team. While the game was going so strong, It would have been a good idea to keep going with the flow.

Breath of the Wild has been the one game that did not get enough. Nintendo is not very good at this sort of thing based on what we have seen so far. The season pass for this game contained two pieces of DLC. It feels like the game has only gotten 1 proper DLC release as the first part is just outfits and challenge rooms. The franchise’s popularity is at an all-time high, people should be screaming for more! It’s not like we will be getting a new game next year. Breath of the Wild contains such a huge game world. There are endless opportunities to place new dungeons, quests and other content into it. Regardless of the opportunities, Nintendo has confirmed that there will be no more.

People may want the dev team to start working on something new instead of working on DLC. With the time it takes for a new Zelda game, the sooner they start the better. In some cases, it may not be easy to pass the game onto a different team to start making DLC. The question becomes, at what point do you stop supporting a game and go on and create something new? Far Cry games seem to release on a regular schedule and it’s the same formula in a different location every time. Guitar Hero games were also doing this at an almost criminal level. Why build a completely new house, so you can give it a different coat of paint?

In a perfect world, the main studio should work on building advanced “modding” tools and then move on at the rate they currently do. We have seen the level of content that mod communities can make with often limited tools for a game. Breath of the Wild doesn’t even have modding tools and it has already has a bunch of mods. Imagine what a dedicated mod team could do with technical and financial support from the games original developer?

Biting off more than they can chew is the biggest issue I see with most content-based mods. A team of 3 designers can’t build hours of story content, no matter how much hype the reveal trailer has. This is not an issue we would see if studios had dedicated modding/DLC teams to produce new content. Yes, we would have to pay, but we would be getting high-quality content from the same studio that built the game. After all the trouble with Steams paid mods, this is shady stuff to talk about. The simple fact is if you want good content, you should really pay to support it.

I may have gone off in a bit of a tangent from the original topic. My point is that there are many ways to produce DLC. The issue we have is that there is not enough of it. So much effort goes into building a game. From the mechanics to the game world itself. There is a significant amount of content and digital real estate to build upon. The cost of 10 hours of DLC has to be cheaper than 10 hours for a brand new game. If significant effort goes into creating a detailed open world game, it makes sense to tap into every piece of potential it has.

Age of Empires II is a shining example of how DLC can do so much for a game. This game is close to being 20 years old and it has had a strong and sudden revival due to the release of new DLC. This is exactly what I am trying to point out about modern games. Why stop when there is still loads of potential left in a game!