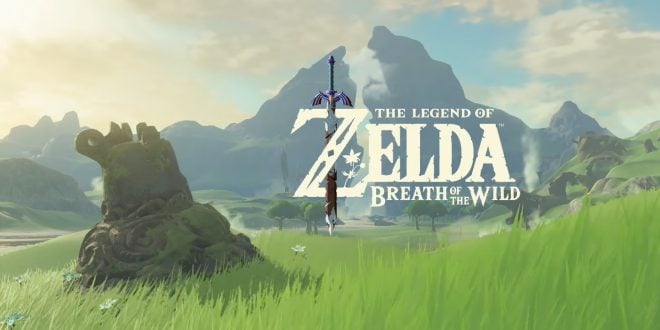 Gannon has imprisoned Princess Zelda and only one person can save her…Dwayne Johnson! No, not really, it is Link of course. The wait for Breath of the Wild is over and it was well worth it. The Legend of Zelda has finally evolved into a modern game and it is arguably the best game in the series. The Ocarina of Time finally has a run for its money.

For many, many years, Nintendo has replicated the same formula for every Zelda game. Several primary dungeons, with each containing some sort of key at the end. Once you have them all you can fight Gannon. This is no longer the case. Breath of the Wild has gone and done something completely new. You can trigger the final boss fight at any time. You just need to remember the old saying “fail to prepare, prepare to fail”. Getting to the doors Hyrule Castle is no walk in the park.

In past Zelda games, you would be guided to each dungeon one after the other. Each dungeon would contain an item or some piece of equipment that was required to progress to the next dungeon. This locked you down into completing them in order. Breath of the Wild gives you all the equipment such as bombs and arrows from the very start. You are told where the 4 primary dungeons are located and then leaves you to fend for yourself. You can complete the dungeons in any order, or skip them completely, it’s up to you.

Hyrule has changed a lot from what we have seen in the past. It is now a large open world for you to explore. Scavenge herbs, fruit, and meat from the wilderness to restore your health. Check inside ruins and forests in the hope of finding some treasure or valuable loot. Tame wild horses to speed up your journey. The primary focus of this game is on you surviving on your own. The game gives you the bare minimum and you must do the rest.

There are many new mechanics in this game that are based around survival. One of the biggest changes is the addition of item durability. You are no longer equipped with Links signature Master Sword and a Hyrule Shield. They exist in the game, but just like all other shields, bows, swords, and weapons, they can break. The more you use a weapon, the more it will wear out. Once the item has been worn down too much it will break and it is then lost forever. You can’t repair broken weapons, nor can you fix them before they break. From the moment you pick up an item, you have a finite number of uses.

You might think that the durability is a terrible idea, but it is far from it. Combat has become a far more tactical affair. Enemies are not as stupid and easy to kill as they once were. In fact, Breath of the Wild can be quite hard at times. Be prepared to see the death screen quite a lot. Since you are free to roam as you please, you can easily stumble into an area with some enemies that kill you in one hit. Prepare to have your ass handed to you while you learn the ropes.

A new element to the combat and to gameplay, in general, is the addition of stamina. Most of Links most powerful moves such as the classic spin slash consume stamina. When it runs out, you can no longer perform those abilities. Sprinting requires stamina and since running away from enemies is a tactic you use a lot, you need to use it wisely. Stamina will recharge quite quickly after you stop performing any action that drains it. While it is quick, those few seconds can get you killed, which make stamina a vital aspect of gameplay.

Once you have gotten the hang of the combat, you will find yourself in some interesting positions. Just because there are only 2 Bokoblins sitting next to the fire, doesn’t mean you should fight them. You need to consider if you want to waste weapon durability or even whether you can actually kill them. Your approach to every planned encounter will differ based on the circumstances. How many enemies are in the area, do you have enough equipment to survive the right, is there enough loot to justify the fight.

There are three different types of quests in this game. The primary quest is based around Gannon and Zelda. This can either take you across Hyrule, or if you wish, you can walk to the front gates of Hyrule castle and attempt to end things there and then. Getting from the front gates to the castle door is no easy task and it will take a good 30-40 hours before you are close to being ready. It is cool knowing that there are no limitations to anything.

Secondary quests are often obtained from other people around Hyrule or sometimes from notes, books or posters. These can be basic fetch quests or sometimes even involve hunting down some monster in the woods. The in-game reward for completing a secondary quest is usually a weapon or something handy to help you out. You will usually find that you do the quests without any consideration for the reward. The reward is the experience of the quest itself. I know that sounds like of lame, but It is true. The side quests will expose you to elements of Hyrule you may not otherwise see. The memories you have of the quests hold far more value than the in game item you receive.

The final quest type is the shrine quest. This is something unique to this game and this is what will drive the vast amount of your exploration across Hyrule. Shrines are mini-dungeons that are scattered all over Hyrule. They usually contain short puzzles that can be completed in a few minutes. Completing each shrine will reward you with an orb. You can then use 4 of these orbs to buy a heart container or a stamina container. Based on how difficult some parts of this game can be, you will be needing to hunt down as many shrines as you can.

Early on in the game you will get a device called a shrine sensor. This is sort of like a metal detector. It beeps faster as you get closer to a shrine. Shrines are easy enough to identify, but the world is massive, making it a bit of a needle in a haystack situation. Shrines can often be hidden inside forests, mountains or hidden by something that make the shrine sensor the only way to find them. When you complete a shrine, you unlock the ability to teleport back there whenever you want. Combine this with the valuable orbs to increase your heart containers, you will value this tool above all others.

The land of Hyrule is mapped out very well. Every inch of the map is used to build a detailed and diverse world. From the sands in the Gerudo Desert to the molten lava spewing from Death Mountain and up to the snowy mountain peaks. All environment types blend into each other very well due to the scale of the map. There is so much to explore and so much to discover. You will have no difficulty spending several hours exploring without touching a quest.

The most impressive part of the map is the fact that they somehow fit it all into memory. No ugly textures in the distance, no shoddy looking trees, no pixelated items. I didn’t experience any texture pop-in throughout the entire game (and I played a lot of this game!). Not only can you see Death Mountain from the opposite side of the map, but you can actually see the Divine Beast crawling around the mountain at all times.

What is a Divine Beast I hear you ask? Well, these link into the story of this game. The story revolves around an ancient race known as the Sheikah. A hyper-intelligent race that built some incredible machines and technology. To protect the people of Hyrule from Gannon they built 4 Divine Beasts and gifted one to the Gerudos in the desert, one to the Gorons in Death Mountain, one to the Zoras at the lake and one to the Rito in the snowy mountains.

Gannon was able to gain control of these beasts during a war known as the great calamity. This made him almost unstoppable. Link was gravely injured during this battle and in a last resort to save the land, Zelda sacrificed herself to stop Gannon. Zelda now has him trapped within Hyrule castle. 100 years have passed since the war and Link emerges from a tomb with his memory erased. Zelda has grown weak and you must save her before Gannon regains his power. You must start by regaining control of the Divine Beasts…if you want to of course, everything is optional.

Breath of the Wild has changed so much when compared to past games that it will be difficult to enjoy the older games as much. Everyone has always wanted a Zelda game that is better than The Ocarina of Time, well we finally have it. Breath of the Wild is the most impressive Zelda game that has ever been released and has raised the bar incredibly high. You will easily sink 100 hours into this game and not have experienced half of it. Not a minute of your time in Hyrule will ever feel wasted. Whether you have enjoyed past Zelda games or not, Breath of the Wild is a must play for every gamer out there.

10/10
The wait for Breath of the Wild to release was a long one but turned out to be worth every minute. The transition to an open world experience turned out to be one of the best moves the series could have made. Exploring Hyrule is such an incredibly rewarding experience. The funny little side quests to the loot-filled dungeons. There will always be a secret of some kind to find when you are exploring. The story is the same as always but somehow feels fresh. Building up the strength to face Gannon is one of the best adventures you will ever experience in a video game.
Pros
Cons