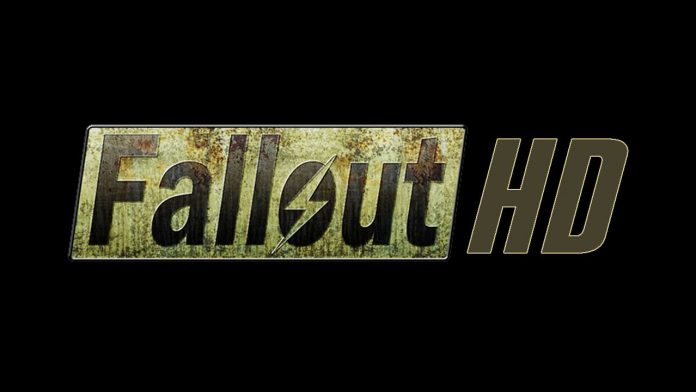 For quite a lot of people, myself included, Fallout 3 was the first adventure into the games universe. Hardcore fans of the original games might think it is an abomination, but the game did pretty well and I  absolutely loved it. Having loved the theme and style so much, I went back and played the older games. Fallout 1 and 2 were fantastic, but due to their age, are not widely available on all platforms. The PlayStation was only a little baby when these games launched.

Skyrim remastered has been released about 90 times now. Bethesda game studios are not a company against this sort of thing, not that they should be either, remasters are awesome! There seems to be a lot of grumbling about a Fallout New Vegas remaster, but nothing official yet. If there were some interest from Bethesda to make any Fallout remastered, wouldn’t the original fallouts be the best for this?

Fallout 1 was released in 1997 and Fallout 2 in 1998. This was back in the MS Dos days. It is still possible to play these games on modern computers, but the games have not really been ported elsewhere. I would think it might be down to the age of the source code but they managed to get Wolfenstein 3D running, so anything is possible.

Fallout remastered on PS4 or Xbox One would be the primary market for this sort of thing. Since the original games will not run on these systems, it is an open market for them to be released for the first time. With a pretty big install base on these platforms and a large fan base for the franchise, it would be foolish to make it a PC exclusive even if the original games were released on consoles.

Fallout 76 has left a sour taste in the mouth of most Fallout fans. I am sure things will get better, but it won’t undo the damage that has already been done. There definitely needs to be some effort to try and win back the trust of the fans. As a way to show that Fallouts soul has not been sold to the microtransaction devil.

Elder Scrolls 6 has been “announced” but we all know this game is years away. Since Fallout 5 has not even been discussed publicly, we can only assume that it is going to be quite some time before we get to open up the Pip Boy in a new game…unless they go for a HD remaster of the original Fallout games!

A return to the turn based gameplay of the original two games would be a great way to undo some damage that Fallout 76 caused while also filling the gap between now and Fallout 5 (I say this like remastering the original fallout games is a walk in the park).  Some might say that the game wouldn’t work on consoles due to it relying so heavily on a mouse. This wouldn’t be the first game that faced this problem. We have seen plenty of PC games ported to consoles, and done so very well. A few drops of creativity would be enough to come up with a decent control scheme to replace the requirement for a mouse. It is a turn based game anyway, it isn’t like you need to have lightning quick reflexes to survive the wasteland.

One thing that has just come to my mind would be the expectation for Fallout 1 and 2 remastered. Would people expect this to be a top down, turn based game like the original or would they want the original story and setting, recreated in a modern engine (debatable if we were to reference the engine used for FO 76) with all of the features and enhancements we have gotten in the latest Fallout games?

Personally, I think both have potential, but it seems like there would probably be more money in a full blown upgrade. Those who want to play the original, have done so already. Having to play a top down game like this may not appeal to newer gamers. Feels like it could be a lose lose situation for Bethesda if they were to stay true to the original. Fans of the original will not be happy with a remake no matter how good it is. New gamers might feel the classic style is outdated. A full blown remake with the modern style seems like the only way to go.

Maybe the only way any of us will ever get to return to Vault 13 is with some sort of crowd funded kickstarter to give Bethesda the money to get the ball rolling and show them there is interest. It seems like something that might be better outsourced like Fallout NV was. Will have to start putting pressure on Todd Howard to make this happen!

Closing thought: I wonder if Bethesda have the rights to remaster the original games or do those rights stick with the original developer?