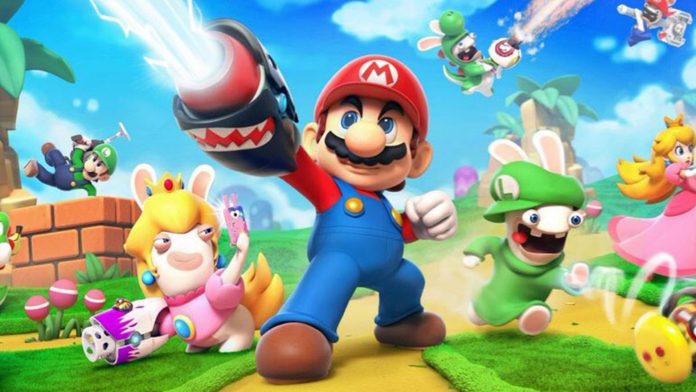 It has been a while since I have played a proper Mario game. I believe the last game I played was the first Mario Galaxy game. The Wii didn’t do a great job when it comes to picture quality on a 55″ TV, so it was hard to really get an idea of the visuals back then. I was watching the trailer today for the new Mario game with the Raving Rabbits and it looks like he is made from plastic…why? Since when has Mario been plastic?

When it comes to Nintendo franchises, Zelda is by far my favourite, but I have always played and enjoyed the Mario games. The art direction has changed quite a bit over the years, but It seems a bit odd now that Mario has officially gone Full HD.

I have a big Mario figure at home and when i was watching this trailer, he looked the exact same..like identical. This is a good thing in one sense, but I’m not sure I like the idea of him being made of plastic. Perhaps it was not the intention to make him look like this, but if you have a look at the images, he does look like he is made from plastic.

I’m not bashing this game, before anyone decides to get defensive about it. I am only remarking on the visual qualities of Mario. I don’t think this will hurt the game in any way, if the Rabbits are in it, then its likely meant to be a crazy part game, but it still feels odd.

I remember when I first got a PS3 and a HDTV. Before this, I had a Wii and an SDTV. After seeing what games looked like in HD, I was wondering what Zelda and Mario games would be like if they had high quality visuals. Breath of the Wild has most definitely exceeded my expectations, but I am not quite sure what to make of the direction that the art style is going for Mario. I am looking forward to seeing some in game footage to get a better idea of how much “plastic surgery” Mario has really been given.