Nerdburglars Gaming
Stream Status: Loading...
Home Article My Name Is Mayo….What the Hell Is This? 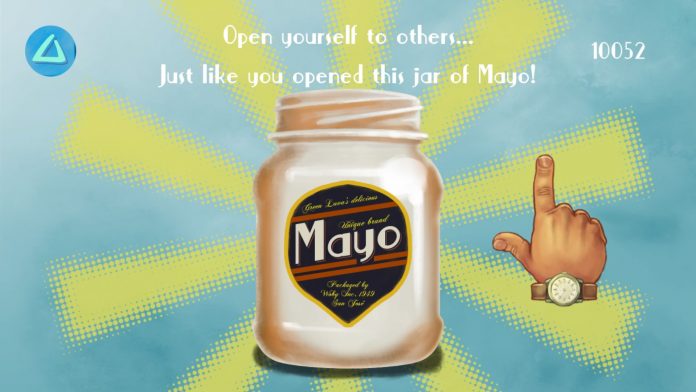 Over the Christmas I was keeping an eye out for bargains during various game sales. One game I picked up was I am Mayo. Based on the images, this looked like it would be one of those derpy games like Stick it to The Man or something. I will admit, I judged this book by its cover and bought it. What the hell did I just pay money for!

I did only pay like 1.50 for this, so I wont be living off plain pasta for the month, but christ how is this a game? This game contains a jar of mayo in the middle of the screen. You control a pointy hand with the controller and you literally have one button to press, which controls your finger. The objective of the game is to tap the jar of mayo 10’000 times…yes that is literally it.

As you tap the jar, various things unlock which allow you to dress the jar up in different clothing. Some of these are funny, but still..this is a game?

I bought this game on PS4 and somehow this game has a full retail trophy list with a platinum. Naturally, my inner trophy whore came out and began tapping the shit out of that mayo jar. I quickly learned that there were 2 different buttons on the controller that made you tap the jar. Once I got a rhythem going it made things fairly fast. If anyone walked by my house it most definitely looked like I was violently masturbating….maybe I should have. It would have been a more productive use of my time.

I got the My Name is Mayo platinum in the end and felt ashamed of myself. It will remain on my trophy list forevermore as the platinum I obtained for wanking off my PS4 controller. In order to make some use out of this post, below is what happens after you tap the jar. Thankfully the mayo didn’t squirt out all over the place, It was filthy enough already. Spoiler alert, the jar opens and the game seems fairly surprised you were dumb enough to persist with it. 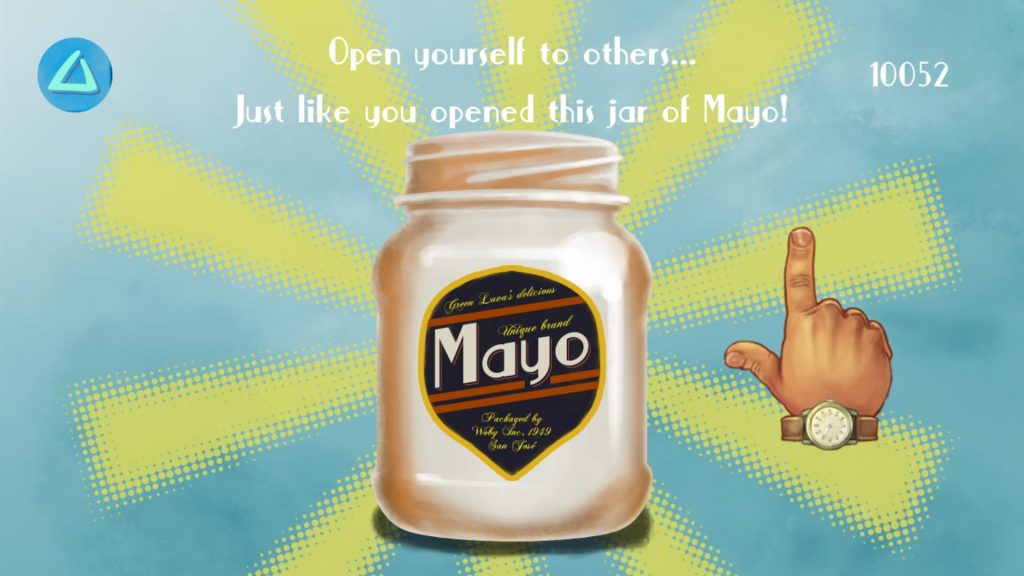