Nerdburglars Gaming
Home Opinion Is Age Of Empires Definitive Edition Worth Being Excited Over? 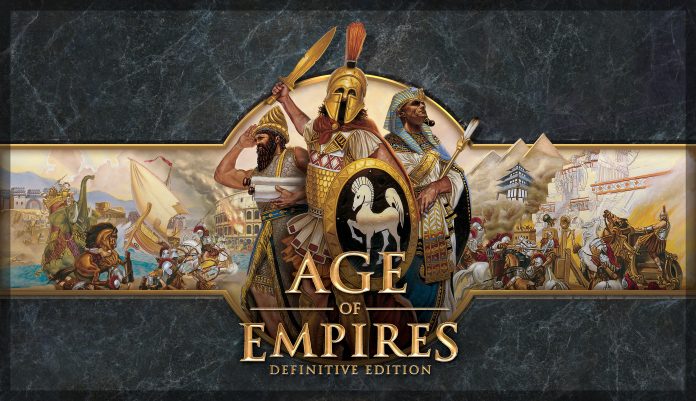 In video game years, the original Age of Empires game which was released in 1997, is pretty much a dinosaur. I have vague memories of playing it as a kid, but by the time I had seriously got into gaming, the second AOE game was out and I played this game instead. I had never really thought of going back and playing the original game since the second game was so highly loved. The Age of Mythology expansion further solidified the AOE 2 legacy in that I had pretty much forgotten that there was even a game that came before it. AOE2 got a HD makeover a few years back and has received some expansions since then. This has made me wonder why they have felt the need to remake the original game. It seems like this is a total cash cow with very little merit to it.

Don’t get me wrong, I am not saying the original is garbage. With a score of 83 on Metacritic, it is clear that the game was popular when it came out, but the second game has a score of 92. High scores like that aren’t common at all. The second AOE game received a very unusual HD remaster. Not only was the game updated to look better, it was put back into active development, where they started making new expansions for a game that is almost 20 years old. They obviously chose the second game because it was the best Age of Empires game. They are now remaking the original now and it almost feels like they are just taking the piss. “Oh we know the second game is the best, but remastering it sold well. We might as well see if you suckers will also buy the older game too”. They are doing it just for the sake of it. Is there really a demand for the first game to be remade? I’m sure most of us would rather see Age of Empires 4 get released instead.

The remake for AOE 1 is a proper remake from the ground up by the looks of it. They are touting that it will be getting released on the Xbox because thats what everyone wants. To play an RTS game on a game controller. I played AOE 2 on the PS2….it was a nightmare. To play any RTS, you need a mouse, there is no way around it. Any experience without a mouse is an inferior experience. If the original Age of Empires was the best in the series, it would be the game that they remastered for the PC a few years ago. Why are they now deciding that the original is the game that is the one to get the remake. AOE 2 was a highly popular successor to the original, surely if they are going to go balls out with a full on remake, they will chose the best and most popular game.

I am normally a person who likes HD remakes. I am a big fan of Age of Empires, but I think that this remake is a load of crap and a waste of resources. We have not had a new AOE game in years and the base building RTS market has pretty dry since Dawn of War decided to take things in a new direction. Now is no better time than to launch a brand new entry in the series. It just feels like they are taking, what they think, is the way to make a quick buck without putting in much work. Maybe I will be wrong and the game is awesome, but I can’t see it being amazing. They need a new game not a remake. The original is likely dated now and people may not like certain aspects of how it works. Controller support isn’t going to have anyone jumping for joy and neither will multiplayer, so this will be an unusual one. I would hate for this to be a nail in the coffin for the future of AOE just because some business man decided it was more profitable to release something inferior for cheap than something of quality that costs more money.