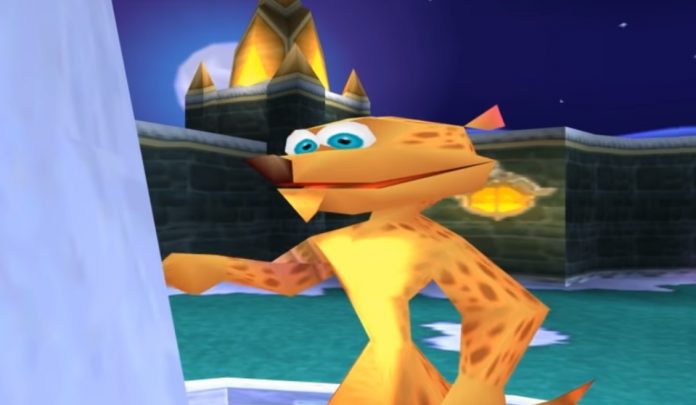 The Spyro games were my favourite as a kid. I have completed them all several times and have nothing but fond memories. While I enjoyed the reignited trilogy immensely, one thing stood out to me before that I never noticed. Spyros super cool cheetah friend, is a bit of a dick!

Whenever I thought back to the old Spyro games, Moneybags came to mind as the biggest jerk. That asshole wouldn’t let you up some stairs or through a door unless you cough up those gems. He would have no moral objection to people being locked in cages, so long as you paid him to let them out. Moneybags was a dick but he knew it and never tried to be the good guy.

Twelve year old me thought Hunter was pretty damn cool. He talks like a “surfer bro” and was the guy who gave you all the cool quests like shooting down UFOs, hangliding, manta ray surfing and a bunch of other cool races. He is also a Cheetah which is pretty cool. I didn’t realise how he was actually a terrible friend.

Hunter was not in the first game, so the story starts with Ripto’s Rage. He was fairly harmless for the early part, but mid way there was a cutscene where Hunter causes a big mess. He is the reason Ripto has access to the world and is also the reason the orbs had to be scattered all over the place. If you watch the video below at around the 4:45 mark, you will see It was an accident. He didn’t intentionally screw everything up. I will forgive him for this, but it’s how he handles the mess that is the problem.

After a catastrophic fuck up, you would think hunter is doing his utmost best to clean up the mess he caused. Even if he didn’t cause it, he is friends with everyone involved and shoud help out anyway.

The odd time Hunter does try to help and it would be better if he didn’t. In Fracture Hills there is an area where you find hunter with his feet stuck in stone. You need to talk to some goat man nearby to help him get out. Hunter is literally right next to the alchemist, but for some dumb ass reason, he takes a 5 mile shortcut to get to him. If you have played it, you will know the quest and know how terrible it is. It is just such a retarded quest that makes no sense. Hunter should have stayed at home.