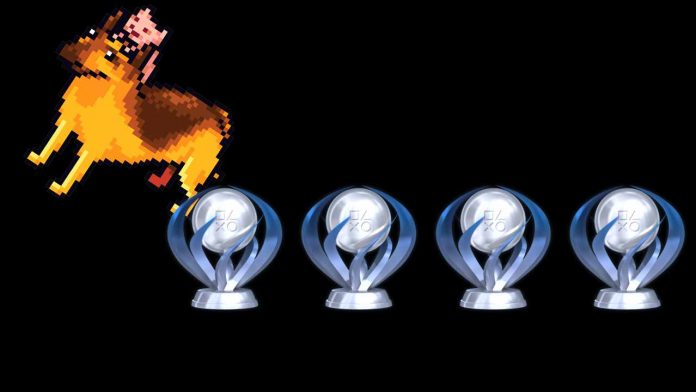 Within the trophy hunting community, Ratalaika games has become quite well known. Not because they release fantastic games but because all the games they release have piss easy platinum trophies. Generally they are cross platform with separate lists which let you get the platinum more than once. Upon discovering this publisher/dev, I was quite excited but now I am questioning it.

The value of a trophy is a difficult subject. Each trophy type comes with a set amount of points that contribute toward your level, but for most people, its the raw numbers that matter. To be more specific, the number of platinum trophies are what matter most. The more platinums you have the better.

Back in the early days of the trophy system, developers hadn’t quite figured out that trophies can sell games. This meant that the trophies were based around the developers interest in the system and tended not to come with an ulterior motive. I wouldn’t say they were “golden days” but the system seemed quite balanced back then. To earn a platinum, you generally had to put some effort in, which added some value to it.

Fast forward to 2019 and the situation is far different. Sure there are still plenty of games that offer challenging trophy lists where people will need to follow trophy guides to the letter in order to make sure they don’t screw up the run. On the other end there are games that require 15 minutes of your time after which you are awarded with your platinum.

We can never expect there to be a minimum difficulty level set around trophy lists, but the lack of any moderation has diluted the sense of achievement considerably. The bragging rights that people get based on their platinum count is starting to become worthless within the community that value them so much.

I don’t think the reason why warrants much debate. Person A spends 200 hours hunting down every requirement to get that coveted platinum. Person B downloads midnight deluxe and has 2 platinum trophies before they finish a cup of coffee.

I suppose it isn’t fair to point the finger at Ratalaika Games alone, but they have become, by a long mile, the biggest offender. I will admit that I am guilty of playing most of their games. It was only having done so that has made me start to feel this way about the system.

Ratalaika Games have become a trophy house. Each game release is another double platinum for people to add to their collection, further devaluing the system. The PlayStation trophy system is in need of some TLC , Sony should really consider their process for handing out platinums, if they want to protect the value of it for their network in the future.