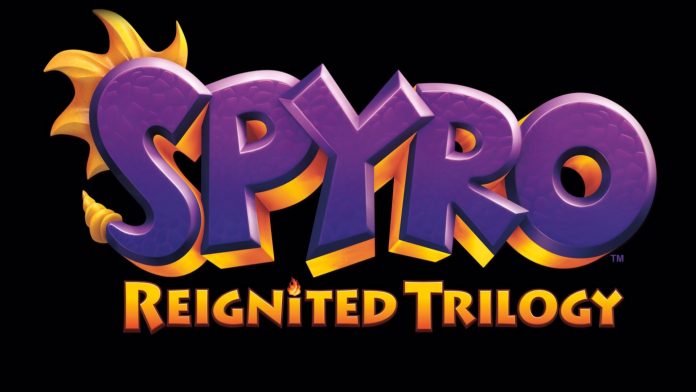 The holiday season of 2018 had no shortage of heavy hitters. Spiderman and Red Dead were all people were talking about. In amongst these massive AAA titles was the game that I have been excited for since its announcement, the Spyro Reignited Trilogy.

I didn’t have a vast collection of games on my PS1. I was 10 when I got one, I didn’t have all that much disposable income to work with. Since I didn’t have an older brother to rob games from, demo discs were my main source of new games, this is where I discovered Spyro. I loved everything about them and i went on to buy (well someone probably bought them for me) all three of the Spyro games.

The Spyro series started to go downhill after Insomniac stopped making them. I sort of forgot about Spyro after the PlayStation 1 and never thought about it much since then. The Crash Bandicoot n Sane trilogy was what brought it back into my mind. Surely Spyro would be remastered if they did it for Crasc, and of course, it eventually happened.

After the wait for the shocking 60gb download/install (what the hell took up so much space), I got to play Spyro again for the first time in about 15 years. The game looks incredible!

Much like Ratchet and Clank, the Pixar style visuals look beautiful. So many vibrant colors to go with the playful and often humorous art style. If we were 10 years in the future, there isn’t much more they could have done to make this game look better. Spyro doesn’t need and shouldn’t have realistic water or fantastic shadows and lighting. The game is meant to be like a cartoon or animation. the visuals were absolutely perfect.

My memory of the Spyro games was not as good as I thought it was. Having got through ¾ of the first game, I wasn’t coming across a lot of stuff that I remembered from the original game. I decided to watch some old gameplay videos and I started to link the levels. The reignited versions of the games somehow stay incredibly true to the original yet at the same time feeling like a completely new game that I have never seen before.

I wanted to play all 3 games in order, but most of the excitement was for Ripto’s Rage and Spyro Year of the Dragon. I was older when I played both of these and I replayed both of them several times. I was expecting to get a flood of old memories coming back.

I could remember a lot of levels from the second and third games, but I was not good at remembering which game they were in. It was a great experience jumping into a world and having the “Oh, I remember this one” moment.

My childhood imagination deserves some credit as I found myself thinking a few times “wow, this is just as I remember it”. Then, when I go back to look at the actual levels from the PS1, they looked like pure garbage. 12 year old me, was able to fill in the blanks and turn those pixelated levels into the levels I was seeing in the reignited version. It was most definitely the experience I enjoyed most of all from this.

The enjoyment I got from the reignited trilogy was something I haven’t gotten from a game in quite some time. It was a nostalgia driven experience that I may not have enjoyed as much if I had not of played the original games all those years ago, but I guess I am the target demographic. I managed to leave Red Dead 2 and Spiderman sitting on the sidelines while I was off recovering the lost eggs and bringing peace to avalar.

Replaying the three original Spyro games was an absolute blast. I wish it wasn’t over, I wish there had of been a fourth Spyro game. I know there was technically a fourth game but It wasn’t the same as the original three.

I’d say the odds of them making a new Spyro game that continues on from where the third game left of is a massive long shot. I may return to this trilogy again in the future for a second run, I may have gotten the triple platinum from this, but I still want to play some more Spyro. For now, it’s time to dust off the cowboy boots and get stuck into Red Dead Redemption.