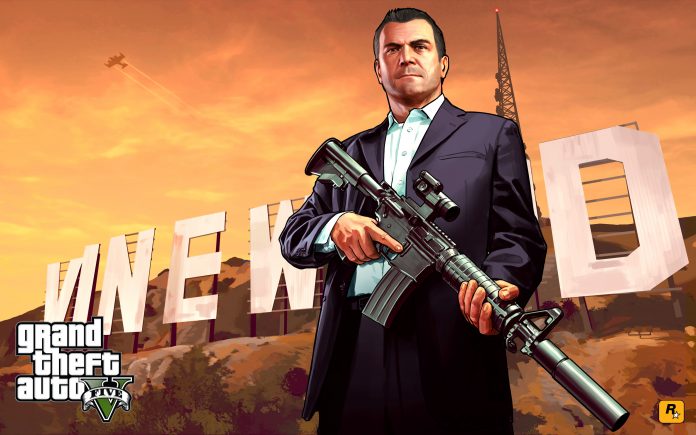 I have played almost every GTA game ever released and have always been a fan of the series. The games released on the PS1 were good, but the PlayStation 2 was were GTA really hit its prime. I can remember when I first got my hands on GTA III and couldn’t believe how great the game was. It was this incredibly realistic world where I could do whatever I liked. As time went on Rockstar made constant improvements to the point where GTA V is nothing short of a technical masterpiece. With this in mind, it makes no sense to me that ever since the release of Grand Theft Auto IV, I don’t seem to enjoy Grand Theft Auto games anymore

I was only a teenager when I first got hooked into Vice City and I remember spending a huge amount of time playing this game. I was a little older when San Andreas was released and I do remember spending a large amount of time playing this game too, In fact I still have my 100% completion game save on one of my PS2 memory cards. When Grand Theft Auto 4 released, I was taking a year off before going to college. This meant I had a hell of a lot of free time on my hands. This couldn’t have been a more perfect time for me to really appreciate the game and I did, sort of.

When I first played GTA 4, I couldn’t stop admiring how realistic the game looks. There were so many small details, like if you did a doughnut for too long your back tires would burst or if you crash head onto another car he could fly out the windscreen. The game was brilliant, and a massive leap from where things left off in San Andreas on the Playstation 2. After spending some time playing it, my interest in the game quickly diminished and I never really identified why. There was just something about the way the game was that I couldn’t get into.

When I properly thought about Grand Theft Auto IV in particular, there were some things that I didn’t like. The annoying phone calls from your cousin asking to go bowling and in my opinion, a lack of interesting characters. That over the top roid head muscle guy just didn’t do anything for me. What I hated most of all were the incredibly annoying accents. I never liked Nico and still don’t. This was definitely why I didn’t like GTA IV. This is all fine, but what about GTA V. I have no complaints. The characters are great, the world is great everything is damn near perfect! I spent some time driving around the city in GTA V and It just didn’t feel like a Grand Theft Auto game anymore.

In terms of quality, Grand Theft Auto V is by far one of the best Grand Theft Auto games. It ticks all the boxes on what I liked in the old games and what I would expect from the new ones.  I can definitely acknowledge the game is simply fantastic in every way. The character animations, the city, the ways you interact with the world, everything is just nailed to perfection. So why can I still not get into the game. I purchased Grand Theft Auto 5 on the PlayStation 3 and I played a little bit of the story, as far as the point how to blow up some event where they are revealing a smart phone or something. After that point, It just didn’t feel like the game was enjoyable anymore. I didn’t like the idea of having to focus on three separate characters and not being able to focus my efforts on one. This is a minor issue and I’m not really sure why this was a big deal to me. When GTA V was released on the Playstation 4, I picked up a copy and I found myself in the same position again. I played a little bit of the story and I just found that I could not get in to having multiple characters and the way the story was going. I couldn’t put myself in the shoes of the character, since the shoes were always changing.

Age always seems to be a factor with whether or not I enjoy games anymore. Maybe if GTA V was released when San Andreas did, I would have had my socks blown off. The curious thing for me here came after the release of the PS2 Grand Theft Auto games on the Playstation 4. I played GTA III and Vice city in their entirety and completed the story and I loved every minute of playing both of those games. Nostalgia definitely played a part in things, but I think the games were just a lot of fun and I had a lot of fun playing them. I feel as though the simplicity in the level design and the lack of detail, allowed me to use my own imagination to fill in the blanks and make the game feel more personal. I know that sounds totally gay, but it just seems as though when somebody else fills in the blanks, your idea of great might differ slightly from theirs. I am still not sure why this has happened though.

It isnt fair for me to be slamming GTA V like this when I haven’t actually completed the game start to finish. I did complete GTA IV therefore I feel it is fair for me to give out about it. I think at this point, I really need to complete GTA V and perhaps in doing this, I may be able to pinpoint the exact issue that I have the newer GTA games.