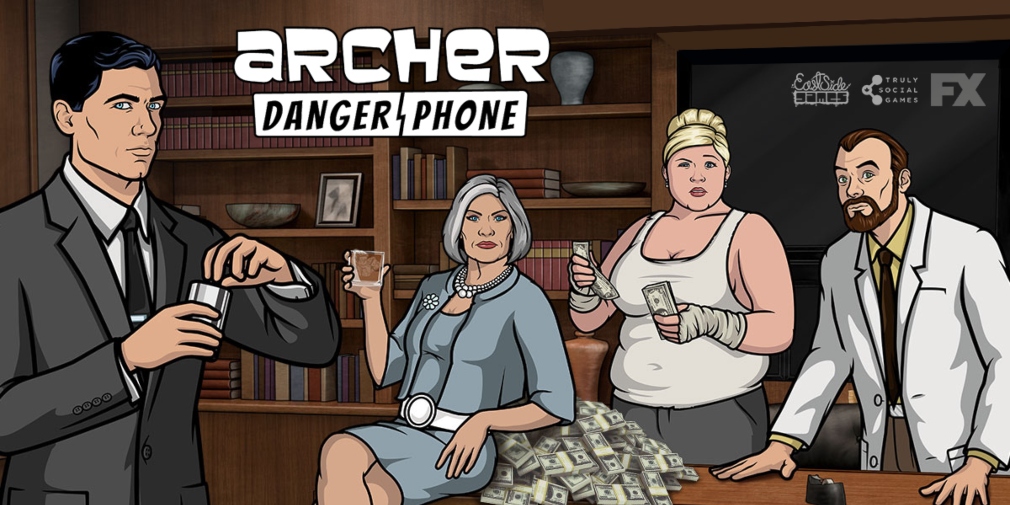 Archer is a show that is known for its dry-witted humour and crazy spy scenarios. Any form of a video game based on this franchise would want to at least capture both of these aspects quite well in order to be a good game. While Archer: Danger Phone has captured the humour and vibe of the show, it has very little going for it as a game. In fact, it is almost an insult.

Archer: Danger Phone appears to be based on the Idle Balls game. This game type is essentially an ad watching simulator. An effective implementation of this game will have you forgetting that you are essentially watching ads only to progress further so you can watch more ads.

As stupid as the concept appears on paper, I will admit that I do enjoy one specific game with this style of gameplay, Danger phone is not it!

Archer fans will find some redemption in the story writing. It is funny and is animated the exact same as the show. The drawback is there is no voice acting. You will just have to read the dialogue yourself. It isn’t a deal-breaker as the humour is very good, but it doesn’t sweeten the experience enough to make you forget how braindead you need to become to get through the gameplay…if you could even call it gameplay.

Is Archer: Danger Phone Worth Playing?

There is a fine line between making a game like this addictive or making you feel like some kind of money performing tricks. Archer puts you firmly into the monkey category. It is almost insulting how stupid they thought people would be to find any sort of enjoyment out of managing the various rooms.

The short answer to this is no, Archer: Danger Phone is not worth playing!