Nerdburglars Gaming
Home Blog Whats with all the Mario Characters in Link’s Awakening? 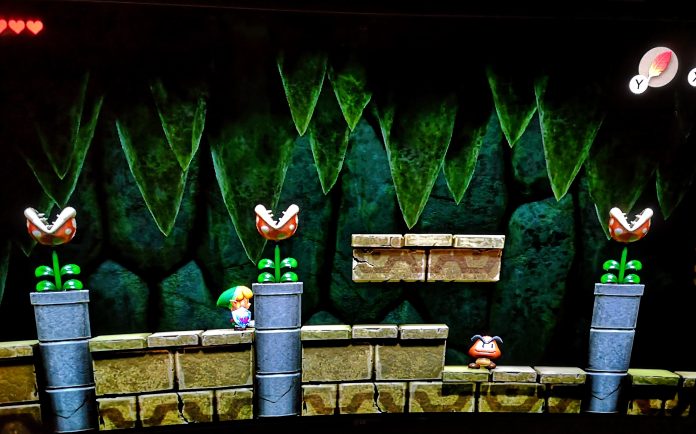 Link’s Awakening is the latest game to be released in the Legend of Zelda franchise. This is a remake of a gameboy game from 1993, so there is a substantial change in format from what we had in Breath of the Wild. I am not against games that are played from a top down perspective, especially not Zelda games. There is just something about this game that is not clicking with me.

The Zelda franchise has evolved a lot since its origins on the NES. Games on Nintendo handheld devices kept the top down perspective while the home consoles went full 3D. Over the years the lore has gotten very rich. With a big universe with lots of people, monsters and locations. There is very little need for the Zelda franchise to borrow from others. This is what makes this game so weird.

Don’t get me wrong, I like the Super Mario games, but the characters from this universe don’t belong in a Zelda game. The people, places and things are critical aspects of a game. Cameos are great and always fun, but when one of the main NPCs looks like Mario and you have countless enemies from Mario running around, it stops it feeling like a Zelda game.

With any game release like this, one of the main selling points is the nostalgia it will build. For those who played and loved the original, they will more than likely be going crazy for this game. For newcomers like myself, I am having a hard time figuring out what the hell is going on here. Why is this a Zelda game based in the Mario universe?

I have beaten the game and I will put a review up soon. The short and sweet is that this is a good game, but it doesn’t feel like a Zelda game. If anything, Link’s Awakening is a brilliant Mario game, but I wouldn’t consider it one of the best Zelda games.

I suppose it is a bit weird being critical of a game over the enemies in it, but a lot of these things are what give a Zelda game its unique charm. There have been many games in the past like 3D dot game heroes that have hit the nail on the head in terms of recreating a Zelda game. They just failed to capture the magic. It feels like Links awakening is here too. Great game that is exactly what you would expect from a Zelda game, but it has failed to capture that Zelda magic.

I will include a gallery in this post to give you a better picture of the amount of Mario enemies you are going to encounter in this game.