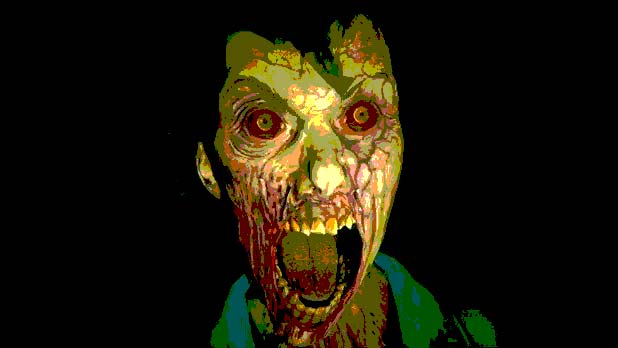 I am a pretty jumpy person when it comes to horror movies. I don’t go around the house screaming like a bitch, but the sudden things get to me. When it comes to horror in video games, the fear is amplified considerably. Like at least with a movie, you can sort of look away a bit, but ultimate things will progress. With a game, if there is some scary shit at the end of the hall, it isn’t going away until you go down there and investigate. This is a really fun concept. It is letting you live out the crazy and cool scenes from horror movies without having to deal with the potential of being murdered. Its a win win! It isn’t a win for me though. I just can’t play horror games and it’s a pain in the ass.

Resident Evil 7 is a prefect example. I love playing games and this game looks brilliant. The visuals, the puzzles and the overall design just look top notch. I really wanted to play this game and experience the madness, but I couldn’t. I know if i played this game, I would end up in the hospital from a heart attack. After spending 30 mins or so playing the demo, I know for sure that the game is just going to be too scary for my pussy ass. When I think about it, it seems completely stupid. In the light of day, in a room with other people, the thought of playing this game, seems fine. It will be a bit scary, but sure it will be grand. When I get home and I sit in front of the TV, alone, it is a different story. The buy now button on the store becomes a very difficult button click.

I have tried in the past to play games like this. Alcohol has always been something that has helped, but I can’t exactly become an alcoholic in order to play a couple of games. It’s become an annoyance for me. The risk of dropping 60 quid on a game that I end up not playing because I am a pussy. It’s hard to know what I am even afraid of, they are a bunch of polygons. I don’t spend the night awake after watching a scary movie, so a game should be the same, although I’ve never had the balls to confirm it. Turning down the volume is always a winning factor, but that totally ruins the experience of it all. That’s like finally going on a roller coaster and keeping your eyes closed and blocking your ears the entire time. I want to have the complete experience without shitting my pants.

Part of me regrets not buying Resident Evil 7, particularly right now when I have thought about the entire thing and I am sitting next to a window with the sun shining and music on the radio. Is it an irrational fear to be afraid of scary video games or is it perfectly rational and I just can’t handle fear very well. I’m fucked if there is ever an apocalypse. The ghouls roaming the street will kill me out of fear before they get the chance to eat me alive.

I will keep my eyes open for the next big scary game to come out that interests me and perhaps I’ll find a way to be able to play the game without. Ill have to face the fear eventually if I want to be able to enjoy some of these games.