Crabs are the second crustacean that you will find on the beaches of Forbidden West after lobsters. They behave similarly in that they tend to crawl slowly along the beach sands and when spooked will burrow into the sand, preventing you from being able to kill them.

Crabs can be found on all of the beaches in Forbidden west. The closer you get to the coast on the west side of the map, the more likely you are to find crabs in the sand. You should make use of your visits to the beach to catch all of the unique animals that spawn on the beach sands.

Hunting crabs is exactly the same as hunting lobsters. You will need to make use of your focus pulse to reveal crabs from a distance. This way you can kill them from further away. Alerting them, either via a bad shot with an arrow or just from getting too close will make them dig into the sand and you will be unable to kill them. 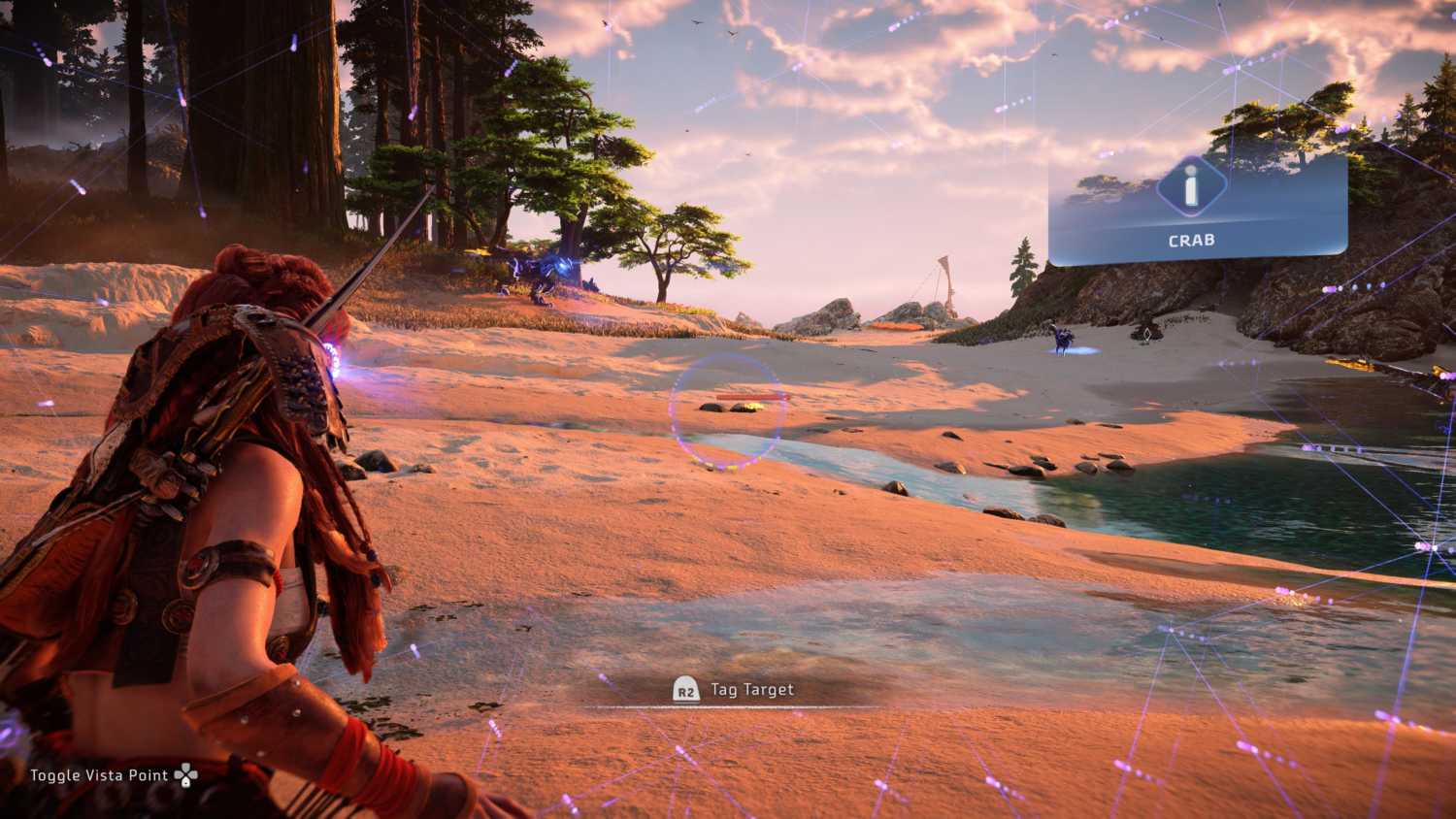 How To Get Iridescent Crab Shells

Iridescent crab shells are a random drop that you will get when you kill crabs in Forbidden West. The drop is not always guaranteed, it may take several crabs before one of them drops this item for you to pick up from the dead animal. There is no guaranteed method for you to use that will always ensure you get an Iridescent shell, you just have to keep trying until one drops. 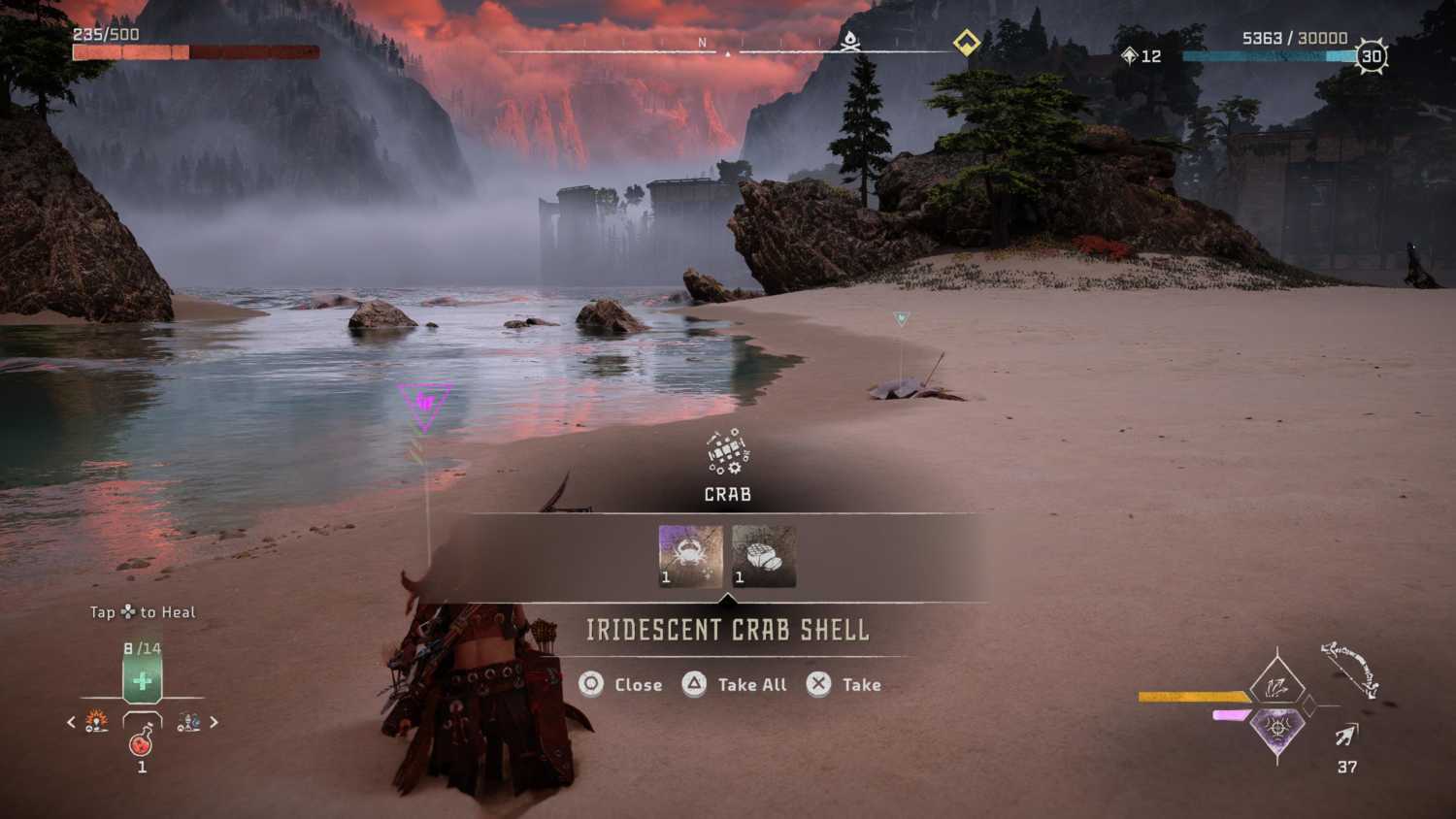 What Are Iridescent Crab Shells Used For?

Iridescent crab shells are a crafting component used at workbenches. You will need to obtain several crab shells if you want to craft all of the pouch upgrades in Forbidden West.