Nerdburglars Gaming
Stream Status: Loading...
Home Article A Pokemon MMO Should Be Released For The Switch 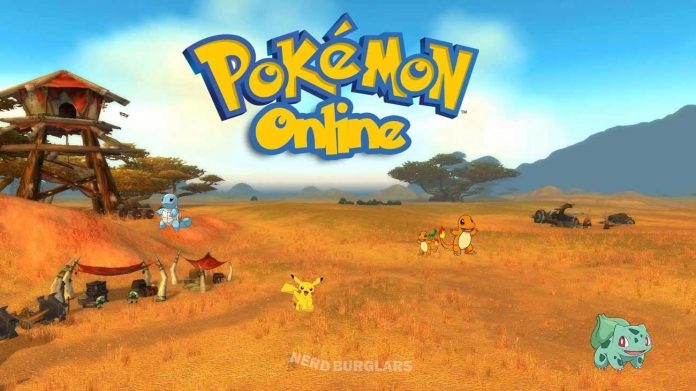 It has been a while since I finished my obsessive run with Pokemon games on the 3DS and I am starting to miss the games a bit. I still feel the same about the games as I did when I last spoke about it, but at the same time, the run was fun while it lasted. I recently started playing Elder Scrolls Online and it hit me that this is what Pokemon needs. Nintendo needs to combine these together and create a Pokemon MMO.

Part of what I disliked about the Pokemon games was the complete disconnect between them. The kick in the nuts that is the Pokemon bank is the only way to transfer Pokemon between games, something that we should not have to pay to do. Even with the Pokemon bank, it isn’t what the games need. For each of the Pokemon games that I played, the game was a lot of fun until you completed the story. After this, there was nothing substantial left to do at all. Yea, yea, gotta catch em all, but seriously, I’m not going to do that, especially when you need to share some Pokemon with others to evolve them. This is why the game should be an MMO.

I understand there are technical limitations when it comes to the 3DS that will likely prevent this from ever happening, but we do have the Switch now which should be more than capable. Rather than having to start again from scratch every time a new Pokemon game gets released, they can release expansions for the MMO, similar to how Warcraft was kept alive. This way they can keep releasing new games and making money, but there is no longer going to be a disconnect between the releases. We can keep our Pokemon, gear, and character for the entire adventure that never has to come to an end.

I don’t play Pokemon Go anymore and I since I do not live in a city, I doubt I will ever play it again, but I do like how they have released the “expansions”. Pokemon Go started out with the original 1990s Pokemon (minus some legendary ones). They have since released updates that expand the roster to include newer Pokemon. This would be a perfect way for the MMO to work. The core game contains the first generation of 150 Pokemon and enough content to keep you going. This puts people on the quest to actually catch em’ all, but you can meet up with friends and do it together!

As time goes on, they can release expansions for the game that add the successive generations of Pokemon that have been released over the years until we are up to date with every Pokemon added to the game. This will allow gamers to actually catch em’ all and do it in the one game without having to deal with any clunky trading systems and other annoying blocks that have been put in place to stop people from being able to catch em all.

Nintendo does not have a good history when it comes to the internet. They have gotten progressively better over the years and the Switch is definitely the best attempt so far at making a console with online capabilities (minus that awful voice chat system used for Splatoon 2). Fans have already been calling out for a new Pokemon game on the Switch, it would be much better if they released an MMO instead of the same thing we have been getting on the 3DS. A Complete revamp of Zelda has gone down a storm, it is time to reinvent Pokemon too. The format used for the games released on 3DS has remained relatively unchanged since the GameBoy releases. Making Pokemon an MMO is a breath of fresh air that the franchise needs. If anyone has any thoughts on this, I’d love to hear them.