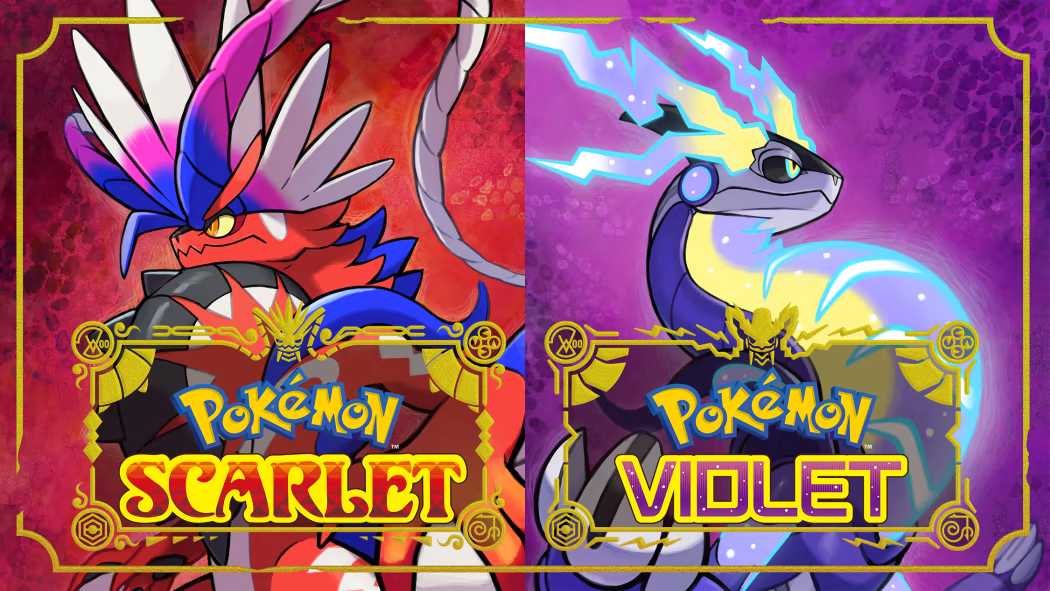 Every few years we are treated to a new entry to the Pokemon series and with it, some changes to the format of how you can “catch ’em all”. With a massive change in gameplay delivered with Pokemon Arceus, it is quite exciting to see what comes next. Can Pokemon Scarlet/Violet take the lessons learned with Arceus and deliver a new Pokemon game that can overhaul and modernise the franchise?

On paper, it would seem like Pokemon Scarlet/Violet is going to be the most ambitious Pokemon game to date. Learning from the wild areas from Pokemon Sword and Shield, randomly meeting Pokemon in the long grass is gone and instead, we have a fully open world experience with wild Pokemon visibly roaming free across the land.

This is a concept that has been a dream for some time and the fact it is now the norm should have any Pokemon fan desperate to get their hands on the game. It is, however, a tall order to deliver upon!

We know that the Nintendo Switch is not a powerhouse of gaming hardware. With that being said, Breath of the Wild, which was released 5 years ago, still holds up as an exceptional piece of work that runs incredibly well on the system. With Pokemon Scarlet/Violet also being a first-party game from Nintendo, it’s nothing short of shocking to see how unfinished and poorly optimised this game is.

It is very clear that this game was rushed through production and released long before it was ready. It is very ironic that a game of this quality could come from Nintendo when Shigeru Miyamoto once said “A delayed game is eventually good, but a rushed game is forever bad.”.

Pokemon Scarlet/Violet is currently an exclusive for the Nintendo Switch. It was not released on any other platform. This means that there is absolutely no way the developers were unaware of how poorly this game runs on the Switch. A simple thing like rain is enough to bring the frame rate down to single digits.

When exploring the wild, anything that is a few meters away from the player is not going to be rendered well or not rendered at all. Textures become these muddy blobs that look like they could have been ripped from a Nintendo 64 game. NPCs and Pokemon are turned into 2d sprites with minimal animations. Digital Foundry has gone into great detail to show you just how awful this game looks. It is well worth checking this out before you consider buying this game.

Jumping back to Breath of the wild as an example, the giant divine beasts are always in memory and are moving around the map. You can clearly see these machines moving without any shuddering and low frame rates. We know the switch can handle this kind of game. There is no excuse for this kind of a mess.

Technical issues aside, Pokemon Scarlet/Violet is not a complete trainwreck. There are the makings of a good game here. The open-world nature of the game is quite fun. Very similar to Arceus, you can run around the wild and engaging battle at will with any wild Pokemon.

There is a new feature where you can send your Pokemon out without actually starting a traditional turn-based battle. Your Pokemon will run around, fighting any nearby pokemon and picking up any items it finds without you having to lift a finger. The concept is cool as a means to level up or grind materials from Pokemon that are not worth your time fighting but it is a little too hands-off.

There was a similar feature in Arceus where you had free control to throw a Pokeball at any Pokemon, without having to engage in a battle. You would earn XP from catching them and also some crafting items. This was so much fun as it allowed you to grind materials while also giving you some sort of gameplay mechanic to enjoy.

This mechanic makes less sense for a game like Scarlet/Violet but the alternative is just too automated. The game pretty much plays itself. It would have been nicer to give you some sort of control so you don’t just sit there, watching and waiting.

One thing that is starting to become very clear with Pokemon is how the lack of voice acting is holding it back. It often feels like the game is very disrespectful of your time. Something simple like healing Pokemon, which was a quick process in Arceus, has returned to a state where you must speak with a person at a Pokemon centre and skip through a few pieces of dialogue every single time before a time-wasting animation plays of the 6 Pokeballs being “healed”. This kind of repetitive process is so unnecessary and turns a trivial process into a nuisance.

Even general conversation with characters feels overly bloated. Excessive lines of dialogue that you can’t skip through fast enough. When most games have migrated over to proper voice acting 20 years ago, the Pokemon franchise fails to even attempt to modernise. Excessively long interactions that offer very little in terms of an engaging narrative result in you getting sick of reading long before the 5-minute conversation is over.

Pokemon has always been about battling Pokemon and it is a shame that so little has been done to change this. Arceus at least offered us real-time battles where you could see your Pokemon attacking as you ran around the area freely, why was this removed?

Scarlet/Violet have reverted completely to the same combat style we have had since the dawn of the series. Select a move and more than likely take out Pokemon with a single hit. Combat is just so completely mindless. The game has status debuffs like poison, paralysis etc, but they often matter little when you can one-shot Pokemon so easily. Why bother using an attack to reduce the enemy’s defence when you can defeat it with a single attack most of the time?

If you crave more of a challenge, you can go to areas of the game with higher-level Pokemon but the only outcome is they one-shot kill you instead. This isn’t a case of the game being too easy but the style of combat just being so simple and failing to really make a battle something that is challenging and exciting. There is never any strategy required outside of “this is a fire Pokemon, best use my water type to fight it”.

End-game content has never really been a thing in Pokemon games. Completing the Pokedex has always been there for the die-hard players and unfortunately, this is all we get in this game too. With that being said, there is quite a lot more content to keep you busy during the main story.

In the past, once you collect all of the gym badges in the area, you have more or less hit the end of it. Gyms are still a thing and on top of it, there are some titan Pokemon battles scattered around the map and also larger battles at large enemy bases that fit in with the main story. It is very welcome to have more substantial content to prolong the game.

Pokemon Scarlet/Violet brings forward some new ideas that show where the series needs to go but this iteration is so poorly implemented and incomplete that it is hard to give it much praise. If we want to see a revolution in the Pokemon franchise to bring it up to modern standards, Nintendo needs to put some more talent and resources into creating a game the franchise deserves.

5/10
Pokemon Scarlet/Violet has delivered the large open-world Pokemon experience we have always wanted but not at the quality level we would expect from a Pokemon game or Nintendo in general. Sloppy textures, countless bugs and a frame rate that rarely runs above the 20s show how rushed and unfinished this game is. The franchise has a ways to go before it catches up with modern gaming standards. Pokemon Scarlet/Violet may have been the best-selling Pokemon game of all time but this is in no way a suggestion that it is the best quality.
Pros
Cons