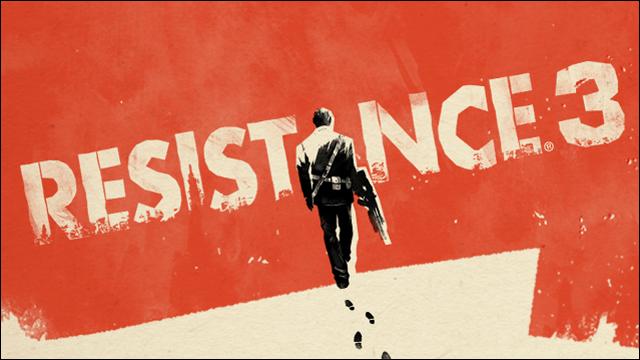 If you have played this game before in 2D the first thing that you will notice is the visual quality has taken a bit of a hit. The textures don’t seem as sharp and there are a lot more jaggies, the weapon models get hit worst by the change from 2D to 3D but it isn’t bad enough to take away from the overall experience.
First impressions of this game in 3D aren’t great. You start off underground in caves where it’s dark and gloomy. There is the odd fly or dust floating around that look cool but overall there isn’t much to love, but fear not the 3D gets better!

Once you leave the underground you are snooping around some ruined buildings and right away you can have fun running around the plants and debris around the place to really see how good the depth is. Early on there is a scene where you have to stop as a chimera patrol walk by, the sense of depth as you are hiding in the dark watching the feet of the chimera walk by you is very impressive and is definitely a scene id show to someone who was on the fence about 3D gaming.

Once you get a hold of a gun things get a bit hard on the eyes until you get the hang of it. The first issue is with the cross-hair which I disabled right away because it does not appear in 3D for some reason. It is very possible to play by playing without it and just looking down the sights of the gun. It will take your eyes a while to get the hang of this as it feels quite weird to be playing a first person shooter in this way but once your eyes get the hang of it you will fall in love with it. I managed to play through the entire game on the hardest difficulty without needing to disable the 3D. Once i got used to aiming down the sights i found it made the game easier to play as it lets you take better advantage of your sight to immerse yourself into the game.

One of the coolest things with the game in 3D is the snipers. The snipers in this game have a bright red laser on their guns which you can see when they aim it at you. If you are turned to your side and they spot you it gives off a great effect on whichever eye is closest so you know right away you have been spotted. This effect is present with a lot of the weapons that give off a light. The effect is present in 2D but it’s really impressive when it’s in 3D.