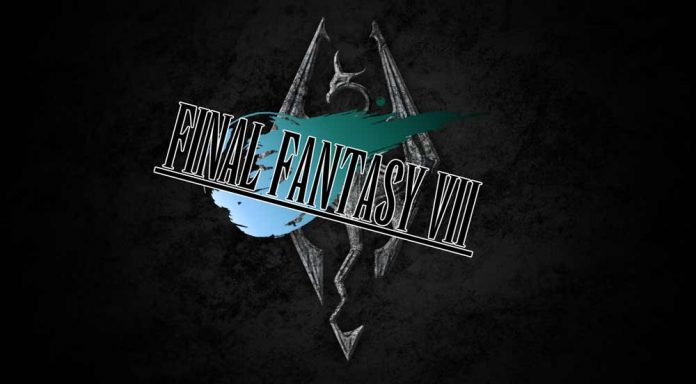 Today there is some exciting news coming out of the Skyrim modding community. An enthusiastic new modding team has come on the scene under the name Team DragonNinjaFury. They are currently taking the community by storm with the announcement of an ambitious, total conversion mod for The Elder Scrolls V: Skyrim. Team DNF have plans to remake Final Fantasy VII in its entirety as a mod for Skyrim! I was able to get an exclusive interview with saberToothKitty, the leader of the mod team, here is what he had to say about the exciting news.

This sounds like a massive mod to take on, do you think it might be too ambitious?

“We are a new mod team, but don’t let this fool you, we have some incredibly talented people on our team. Our programmer has been building HTML websites for the past 2 years and is currently working on a free app that will allow gamers download RAM for their PCs. He is highly confident that he has the experience needed to write the code needed for a mod this large. We also have a kick-ass graphic designer who has earned the highest level badge for sending doodles over Snapchat. He has already begun mocking up some of the assets for this in Microsoft paint and we are really looking forward to being able to share the progress with the rest of the community.”.

Why Final Fantasy VII? Even Square Enix thought this game was a tough one to remake.

“We are a team of young bucks who are up for a challenge. We are here to make a name for ourselves and we all feel that Final Fantasy VII was the way to go. We have all been replaying the game and documenting everything we can to make sure we make the most accurate experience as possible.”

What sort of timeline do you have on this, I would imagine it is going to take a long time to recreate this game?

“Well, so far we have 8 people on the team. We hope to begin development at the start of May and if all goes to plan we should have the entire mod completed by September 2018.”

Wow, so soon! I am looking forward to seeing how this goes and I hope we hear more soon

“Don’t worry, you will be hearing plenty more from team DNF. Final Fantasy VII isn’t the only game on our radar. Keep tuned to our MySpace profile for updates as we have another exciting mod coming in 2018. I can’t say too much at the moment, but let’s just say it involves the Breath of the Wild engine and Ocarina of Time.”

There you have it, the exciting news for such a fantastic mod idea. This team are definitely going places!