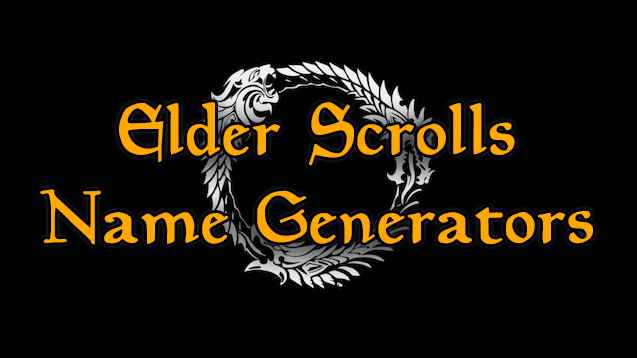 The Elder Scrolls has become one of the longest running RPG franchies of all time. With a series of games stretching back to the DOS days. Over the years the franchise has built up a rich lore of characters, history and locations. For any player that wants to dive into the world of the Elder Scrolls, creating a new character will be one of the first tasks you need to take on. This page will give you a collection of Elder Scrolls Name Generator pages to help with character creation.

Deciding the best race to use is a challenge we all face. Once you have gone through the hard work, you will need to come up with a name for your character. The Elder Scrolls games do not heavily push your name as much as games like The Legend of Zelda do, but there is still an incentive to come up with something interesting and unique.

There are many games in the franchise such as Elder Scrolls Oblivion, Skyrim, ESO and the most recent, upcoming game, Elder Scrolls 6. We can assume that the majority of games in the future of the series will include all of the popular races that we are familiar with.

This page contains a collection of useful name generators for characters of various different races of the elder scrolls universe. One of the many different generators available can be used to name your newly created character. Just click on whatever one applies and use the name generator on the page to come up with the perfect character name.