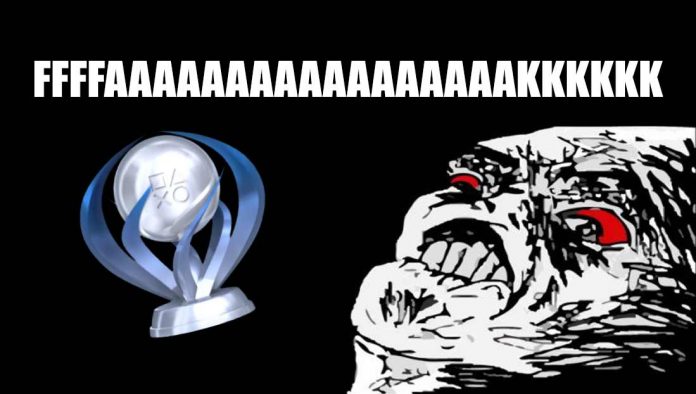 Over the last year, I have found myself getting a lot less interested in getting the platinum trophy for a game. I think this is mostly because I no longer have the time to get the platinum In these games due to the massive backlog I have right now. While my ability to get platinum trophies has dropped to an all-time low, I still like it when a game has an achievable trophy list, at least to my old standards of achievable anyway. I have come across a lot of hard trophies, but I think I have found the hardest Playstation trophy of the year, if not one of the hardest of all time.

Almost every game has a trophy for completing the main story on the hardest difficulty. Most of the time these do not bother me if anything It makes me appreciate the game more and play it a hell of a lot better. Not every game can or should be played as John Rambo. Now and then some games like to throw a spanner in the works and in the case of the latest Wolfenstein game The New Colossus, there is a trophy that already has me wanting to break my controller just thinking about attempting it.

The trophy list for Wolfenstein: The New Colossus contains a trophy called Mein Leben. This is a nod back to the original game when the Nazi soldiers wearing blue would shout this when they died. Mein Leben is the german for “My Life”, which doesn’t really make sense for someone to shout when they die, but whatever. This trophy requires you to complete The New Colossus on the hardest difficulty without dying, using checkpoints or being able to save the game.

We are talking about a 10 hour long story here, well 10 hours on a normal difficulty. The cut scenes cannot be skipped. You can’t save the game and come back tomorrow to play some more. You literally have to beat the 10 hour long story in one go without getting killed. You can, of course, take advantage of the play and resume feature of the PS4, but holy shit this is hard. Having spent some time playing this game on normal, it is a hell of a lot harder than previous games. Completing this game on the hardest difficulty alone is going to be a nightmare. There is enough discussions on this difficulty over on the Wolfenstein Reddit page, the game is HARD!

I sure as hell will never get this trophy and I have absolutely no desire to ever try. Imagine getting killed on the last boss? After what was likely 15 or so hours of painfully slow stealth and sneaking only to get killed and have to do the entire thing again from the very start? No thanks! If anyone ever gets this trophy, they are absolute gaming heroes and have my respect forever!