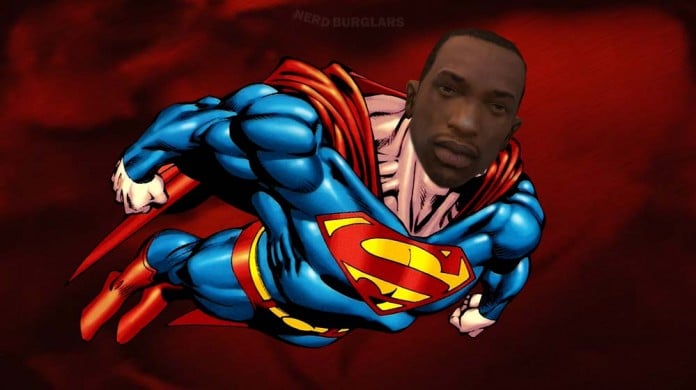 This is an old school super power. For a very long time we have had power-ups and even characters in games that possess super strength. In recent times this has been used in some incredibly violent ways. Tearing the head off a Greek god with nothing but your hands is pretty damn awesome! Kratos has been a famous hero for his strength, he is the God of War after all! There are so many other heroes that can be attributed with the super strength power.

The power to control electricity is something I grew to hate during my days playing Street fighter 2. Blanka was never a character I chose, but my love of jumping always caught me out when accidentally landing on him while he was charged up. Volgen from Metal Gear Solid was one of the biggest villains to possess the power and one of the biggest pains in the ass during those boss fights on the harder difficulties. In more recent years Cole from Infamous has fit the bill of a super hero with a proper super power. In a lineup of video game super powers, Cole will definitely fill the boots of a hero more than capable of wielding the power.

There is only one character that comes to mind when it comes to telekinesis and that is Psyco Mantis from the Metal Gear Solid series. Being able to control things your mind is a super power that has a lot of advantages. I know id be dating a super model anyway.

From the days of being a kid and thinking of ways to sneak into the girls locker room, invisibility has been a power that we all want to have. There have never really been people with the ability to turn invisible without the help of some trickery. The Spy From Team Fortress 2, Reptile and Smoke from Moral Kombat and even the Crysis suit have given people the ability to turn invisible. While its a great power, it usually takes a lot of skill for people to be able to pull this off.

The power of immortality is often confused with invincibility. When you are immortal, you can still be killed. Immortality means you cannot die naturally. If you have the skills to survive, this can be an incredible power. Kain from the Legacy of Kain series has been wielding this power for a very long time, but I guess this is a trait that most vampires do possess.

Bioshock was the leading game in this department and is almost like a power that gives you all powers. Fire, ice, electricity at the tips of your fingers. Altering your genes makes anything possible.

Invincibility is usually a power that comes for a period of time. What fun would a game be if nothing could kill you afterall. In saying that, i had many a cheat book where i would take advantage of the cheats to make my character invincible. Invincibility has always been around even as far back as Marios Super Star. Some might say that Pac-Man had this too, but was this invincibility, as the ghosts never attacked you.

This kinda links in with the Telekenesis power, but it has been used differently in gaming. Possession is limited to only being able to control living things, typically humans. The Possession Vigor in Bioshock Infinite is one such use of this power that was seriously handy.

This is a power that is cool, but could go very long if you got stuck half way through the process. It might seem lame, but Alex Mercer from the Prototype series is proof that shape shifting can be used for some serious kick ass things. Even in Warcraft, being able to turn into a cat in order to run faster, was a power that a lot of people loved in the early days.

Time control can come under 2 different categories. Time manipulation is where it matter most. A Tardis isn’t much use when you are in an actual fight, you need to be able to control time without having to go to a machine. Tim from braid had the ability to manipulate this based on the direction that he moved. Of course Prince of Persia Sands of Time one of the biggest games when it first dropped and made great use of this power.

Never have I seen the power of teleportation implemented better than it was by Corvo Attano from Dishonored. Being able to zip across rooftops and alleyways without anyone spotting you was by far the best stealth tool you could have.

Obviously there are hundreds of super powers used in games, almost all of which are kick ass. One kick ass power that didn’t make the top 10 is still worth a mention.

Rapid muscle growth – CJ from San Andreas is capable of beefing up to the extreme in a matter of minutes. Who doesn’t want to be able to go into the gym and come out buff a few minutes later.