Infamous First Light is standalone DLC for inFamous Second Son. The story takes place before the events of Infamous Second Son. The game is set in Seattle where you take on the role of Abigale Walker. Abigale is a conduit who possesses a neon power. Unlike Delson she only has a single power and cannot obtain anything other than neon. Some might be upset about this, but let me say that Abigale is awesome!

It’s not too often we get games with a female lead role and even less often that we get a female character who kicks this much ass! Abigales neon power is slightly different to the neon power we got to use as Delson in Second Son. The first thing I noticed was that you could run at light speed without having to stop. This makes running from one side of the city to the other a breeze and also makes running away from danger a lot easier. As with most inFamous games you have the ability to hover, melee, shoot projectiles and my favourite, comet drop. As you progress through the story you collect upgrade points that you can spend to further your abilities. These upgrade points can be obtained from completing challenges, finding collectables and doing side missions. An upgrade that I liked in particular was the ability to possess an enemy and make them fight for you. By shooting an enemies weak spot it will make them glow green and for a short period after they will fight for you. This becomes incredibly useful in the challenge arenas. 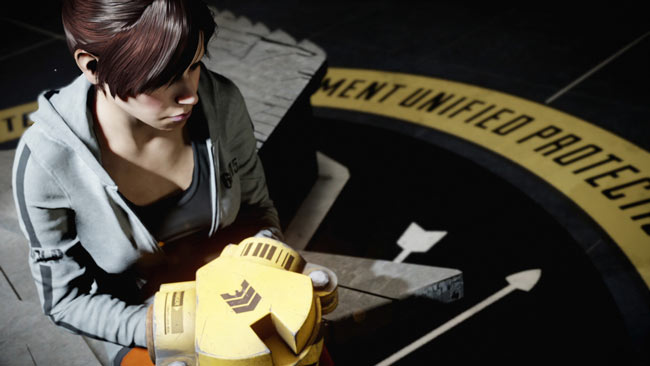 The main story is quite short and will probably take 2-3 hours to complete. This is a short amount of time compared to what we might be used to from inFamous games, but it was still an enjoyable experience and gave us a little more insight to the world introduced with Second Son. For those who have played Second Son they will instantly identify Abigale as she is a main character in that game too. First Light is sort of a prologue to this game, it tells us Abigales story before Delson came into the picture. The story is brought to life by the motion capture animation. The voice acting and character animations, particularly the facial animations, really bring the characters to life. The cut scenes are a pleasure to watch because of this.

As you might expect, the visuals are absolutely fantastic. The city of Seattle is full of life and has been given great attention to detail. Visual effects such as smoke and shadows really boost the overall visual quality. The framerate appears to be a lot more consistent and solid compared to Second Son. There may be the occasional dip during graphically intense scenes, but overall it remains consistently high. The detail in the environment and character models are to a high standard. Just like Second Son, First Light is one of the best looking games so far in this generation. 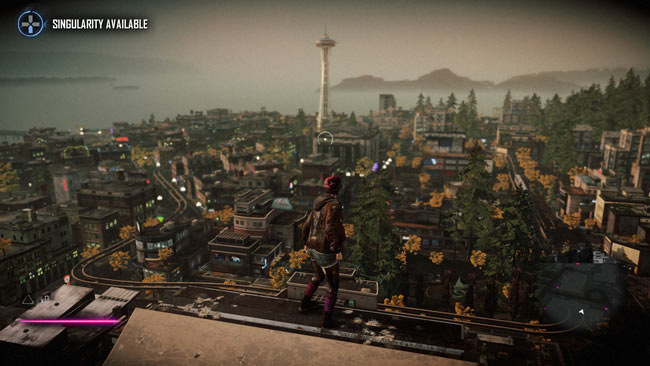 To extend the length of the game there are challenge arenas. Usually I hate these kind of things, but I actually enjoyed them a lot. Abigale is such a fun character to play as when she has most of the upgrades bought. Kicking the crap out of waves of enemy is a pleasurable experience. For those that don’t like her so much you have the ability to play the arenas as Delson if you already own Second Son. The arenas work like you might expect. You are placed into a large area where wave after wave of enemies will spawn. You have to keep killing them until you eventually die. Each kill gets you points and builds up a multiplier. At the end your score can be compared against friends and other PSN gamers using a global leaderboard.

9/10
As far as DLC goes, First Light is a fantastic piece of work. If you enjoyed Second Son then this game is a must buy. The experience is short, but overall I was very happy with the purchase. With such a big shortage of good quality games on the consoles at the moment, First Light is a welcome addition to the games library.
Pros
Cons