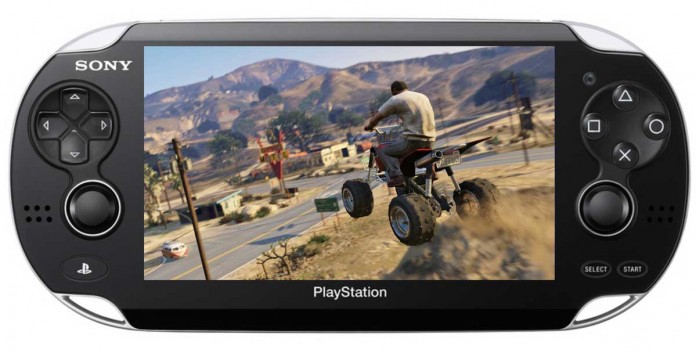 Despite the massive popularity of the Playstation Vita in Japan, the Vita hasn’t had a particularly successful lifespan so far. In the west, the Vita has been overshadowed considerably by Nintendo handhelds and smartphone gaming. The poor performance could be caused by a number of factors, but it does seem that Sony have given up promoting the product in favor of pushing the Playstation 4. One of the reasons I bought a PSP was so that i could play Liberty City Stories, which got me thinking, would a GTA Game on the Vita boost sales?

I personally feel that the Vita is an under appreciated piece of kit, particularly when it comes to the amount of attention Sony give it. The device makes up for every shortcoming the PSP had and then adds a mountain of new features that are really cool. Remote play with the PS4 is enough of a selling point on its own! Why is it then that the handheld is considered a flop?

When you look back at the games library there are some fantastic games, but no real block busters. Most of Sony’s popular franchises such as Uncharted, Killzone, LittleBigPlanet had releases on the Vita, but none of them really stood out as system sellers. There were almost no third party games that werent also available on various other platforms. There was very little incentive to actually purchase a Vita if you didn’t own a PS4 to use the remote play feature. This is where a GTA Game would have really changed things for the Vita.

If we were to get a GTA game on the Vita it would most definitely spike a lot of interest in the handheld and in the process shift a lot of units. Sony really need to get this handheld into the hands of people who don’t own a PS3/PS4. The Vita needs to become a stand alone handheld and not an “accessory” for Sonys home consoles. A GTA game could potentially be the only thing the Vita needs to push its way out of the fog. There is already a huge library of games, just nothing that really appeals to the mass market of the west.