Weapons in video game range from useless to awesome and everything in between. A lot of games that don’t take themselves too serious will often add some crazy weapons that can either be unlocked via an easter egg or in other times the game is just so damn crazy that these weapons are included as part of your main weapon inventory. To take a break from the more serious list of cool video game weapons, here is my collection of the weirdest weapons in video games. 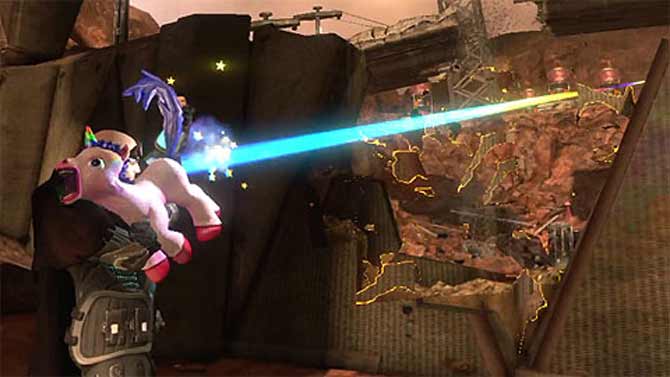 For a game that had quite a serious vibe and didn’t mess around much this was a big surprise. Mr.Toots is unlocked after completing the story mode. Despite how it looks it is actually a highly powerful and destructive weapon. When fired Mr.Toots will fire a rainbow out of his ass, forget what you know about rainbows because this is deadly! Never has wiping out countless enemies been so gay.

Looks like a normal gun but instead of firing lethal bullets it fires harmless chickens. This was actually included in the game to combat piracy, when the game detects that it has been illegally downloaded the guns will shoot chickens instead of bullets. While it might not be very effective it is still an amusing weapon. 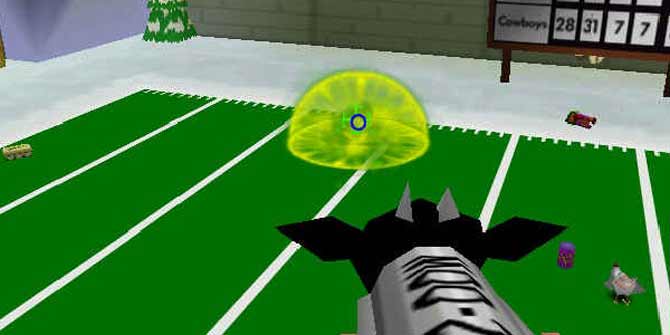 Definitely a more original weapon to have in a game. The cow launcher pretty much acts like a rocket launcher but it fires exploding cows rather than rockets. This is south park so its best not to expect any explanation behind any of the weapons in this game because there most likely isn’t one. 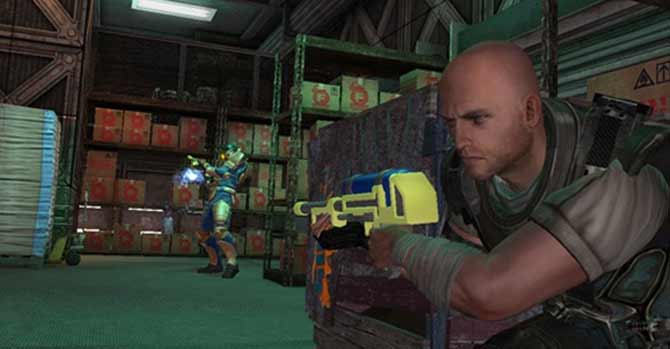 Water fights aren’t so playful in eat lead. Few shots with 1 of these bad boys and your dead. There isn’t any explanation as to how or why the water in these guns is lethal but it’s eat lead so its not like we expected any explanation. 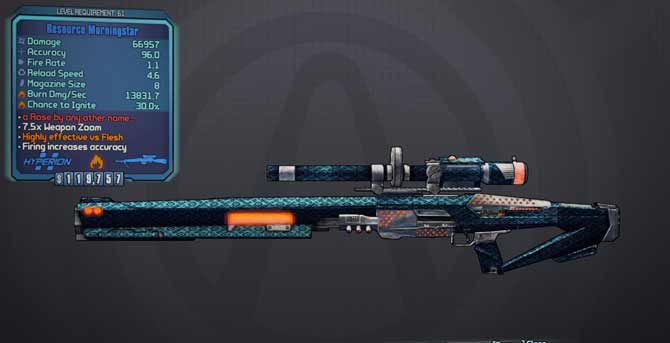 A Sniper Rifle with a twist. The Morningstar is one of a few talking weapons from Borderlands 2. When you fire or reload the weapon will utter condensing comments like. “If you were a better shot, you wouldn’t need to reload!” or “Most serial killers thought they were good people, too.”. Comments like this only make you play better in order to impress a talking gun that isn’t even real. 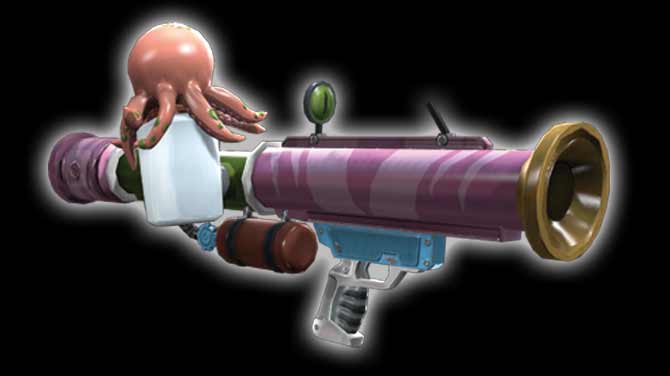 I didn’t know what to expect when i saw that this weapon would be in the next DLC pack, mainly because i had no idea what a Mollusk was. After seeing the weapon in action I’m still not all that sure what a Mollusk actually is but Mollusk launcher is definitely weird ass weapon. 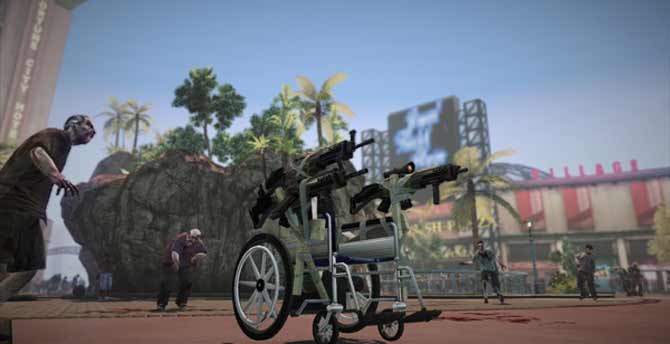 What mad genius came up with this contraption? I’m a big fan of the blitzkrieg its awesome on a whole load of different levels. If i ever had the supplies i would build this weapon without any hesitation. The blitzkrieg seems like more of a vehicle than a weapon but what the hell its classed as a weapon in the game so I’m going to consider it one too. 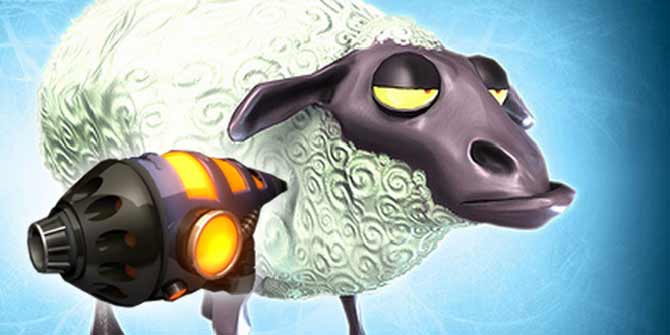 Ratchet and Clank is known for being all kinds of cool and crazy when it comes to weapons and the Sheepinator most definitely falls into the crazy category. Like the name implies the Sheepinator when fired at an enemy will transform them into a Sheep rendering them cute and harmless. What would happen if you shot a sheep with this weapon?

The Penetrator – Saints Row : The Third 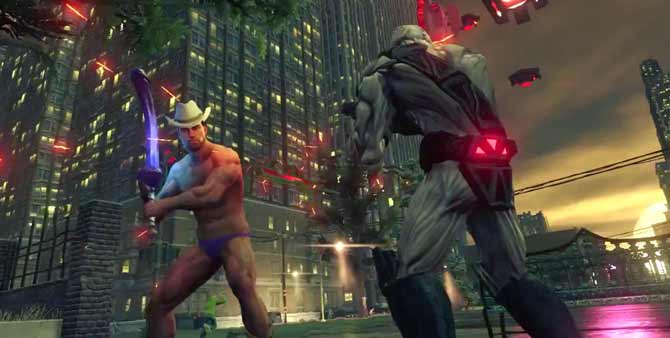 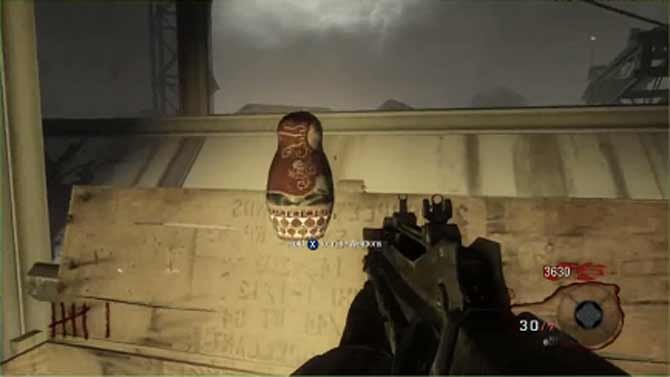 The concept of a grenade that breaks into smaller grenades when thrown has been around for a long time but using Matryoshka Dolls to do this was unique and a weird way to implement it too. I suppose it was about time the monkey bombs got some competition. 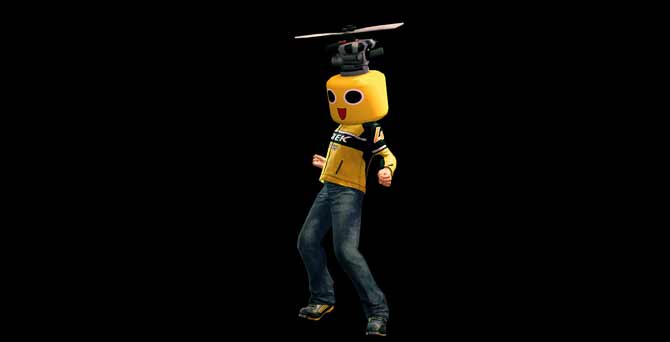 Another weapon from Dead Rising. I could add 5 more to this list from Dead Rising since they were all insane but this was a weapon that stood out as being quite nuts. As a weapon it wasnt too good but the concept was just pure nuts! I only made this weapon once because it doesn’t have much of a life but it’s a crazy idea and is great fun to use.