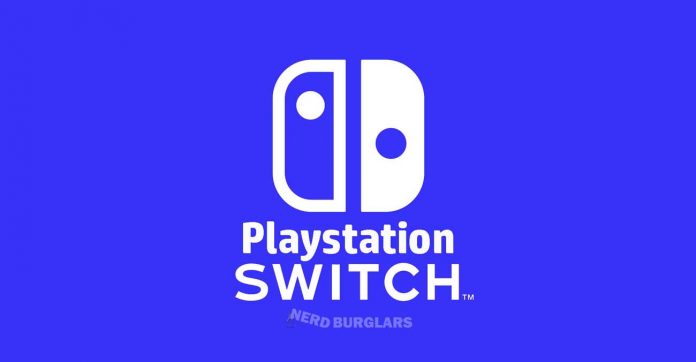 Sony is a fantastic company when it comes to the development of game consoles and video games. However, It must be acknowledged that they have a strong record of taking ideas from Nintendo, particularly when it comes to controllers. There isn’t exactly anything wrong with this, imitation is the sincerest form of flattery after all. The Nintendo Switch got off to an incredibly successful start. There is no doubt that Sony has analyzed the product to see if there is anything they can salvage. They are good at it after all. How long will it take before Sony attempt to imitate the Nintendo Switch?

The Vita was a great piece of tech and was well received when it released. But as development costs for video games increase, creating a game that can run on consoles and handhelds is difficult. The drought of good first party and AAA games for the Vita was the main reason it died. Sony put the effort in to push their flagship console and their handheld faded into oblivion. Nintendo were subject to a similar situation but in reverse. Their handheld did well and their home console, the Wii U, died a painful death. There is a clear connection here. There is no room for a home console and a handheld system to co-exist anymore.

The Switch is one of the first systems of its kind. A home console and a handheld combined into one without any compromise. I was very skeptical of this at first but having purchased one myself, I can see the massive potential there is. Nintendo can focus 100% of their effort on one single system that is both a home console and a handheld. It is one of the best business decisions they could have made. There is no way that there aren’t other companies wanting to jump on the bandwagon and imitate the Nintendo Switch.

It is quite surprising to me that Sony didn’t come up with the idea of a system like the Switch already. Between remote play on the PS4 and the PSTV, it seems like they have had all the pieces for quite some time. Somehow they didn’t put it all together. Having seen the huge success of the Switch already, the idea of a Vita successor has to have come up in the Sony boardrooms.

The Switch is creating a massive amount of support from 3rd party developers who are porting games from the PS3 and Xbox, over to the Switch. If Sony created a similar system, they could piggyback on what Nintendo has done and get a large amount of those games released on their system. Sony have a unique hand to play in the form of a very strong lineup of 1st party exclusive games from the PS3. These games are owned by Sony and will never be released on the Switch.

People seem to love remasters. If Sony were to start releasing all the best PS3 games on PS4, they would sell like hotcakes! This alone gives them the incentive to revive some popular PS3 games. Games like L.A. Noire have already proven that some of the larger and more visual intensive games from last gen can run quite well on the Switch. Nintendo has 3rd parties on board for this new hybrid console setup. This ensures plenty of 3rd party games. Sony are already creating remasters of PS3 games for the PS4. They could port it to this hybrid system too.

Sony is very aware of the market they are in. Nintendo is sure to make a massive amount of money from the Switch and they are uncontested right now. If Sony were to release the PlayStation 3 portable, they could see themselves taking some of the market share from Nintendo and find a new platform to publish remasters of old games on and sell it on the back of supporting remote play. There is definitely a lot of potential in Sony competing with the Switch. Will be interesting to see how long it goes before someone tries to compete by imitating the Nintendo Switch with some other high end handheld hybrid device.

Sony is very aware of the market they are in if nothing else. Nintendo is sure to make a massive amount of money from the Switch and they are uncontested right now. If Sony were to release the PlayStation 3 portable, they could see themselves taking some of the market share from Nintendo. It would also act as a new platform to publish remasters of old games. There is definitely a lot of potential in Sony competing with the Switch. Will be interesting to see how long it goes before someone tries to compete with Nintendo.