Nerdburglars Gaming
Home Article Why Did The PlayStation Vita Fail? 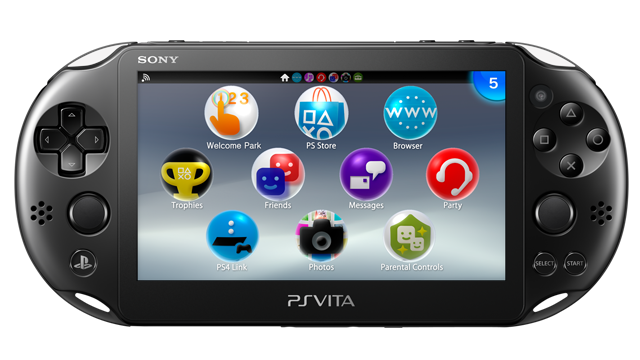 It has been over 6 years since the launch of the PlayStation Vita and looking at the current state of affairs, we can safely say that the PS Vita was a failure. It seems like quite a tragic failure as the Vita is quite possibly one of the best handhelds ever released. The system had everything going for it. Powerful hardware, OLED screen, a touchscreen on the front and back and access to all of Sonys best video game franchises. With everything looking so strong from this system, you can only wonder where it all went wrong?

The immediate question most people would ask is how did Sony screw this all up. The fact is they did not screw anything up, they actually did a damn good job with the Vita! In the early days, there were some brilliant games released for it and even at present, games are still being released, just not by Sony. So why did Sony give up on the Vita? The answer to this is not a Sony-specific problem, it’s an industry level problem and a problem with the level of quality expected from modern video games.

There was once a time when a game could be made and ported to numerous different platforms including the likes of the PSP and DS. Since computing power on these systems was quite low, the cost to develop exclusive games for mobile platforms was not all that expensive. This meant that handhelds were getting a strong line up of games. With development costs at an all-time high and the processing power gap between handhelds and dedicated systems increasing so rapidly, porting an AAA game from the likes of the PS4 over to the Vita, just isn’t realistic. If Sony wanted to release something like Horizon: Zero Dawn on the Vita, they would need to build a new game from the ground up. This would result in development costs rising so high that the game may never turn a profit, particularly if a game is poorly received.

If a development studio is to create a great game and still turn a profit, they need to set a limit for the minimum computing power they will allow for. The Vita falls so far behind the PS4, that a decision needs to be made. Do we create a game for the Vita or a game for the PS4? The answer to this question is seen in the current state of the PS Vita. Developers want to produce the best possible game, publishers want to make the maximum amount of money. Neither of these 2 desires can be met by creating an AAA game that is exclusive to handhelds.

The failure of the Vita could not be avoided. It was a fantastic system that was a little too late to the party. Credit should be given to Sony for the work they did, but no matter how hard they tried, it was never going to work. It was best they drop the system before the burden started to impact other areas of their business. To this day, PS4 Remote Play is one of the greatest things Sony ever did with this system and is something I use quite often. It wasn’t until I got a Nintendo Switch that I saw the idea of Remote Play, executed perfectly. I think Nintendo has hit the nail on the head with the Switch. They no longer need to focus on handheld or console since their system is both. I expect there to be some teething issues over time, but already we have seen a strong lineup of games to show that there is huge potential.

Sony is unlikely ever going to create a new handheld gaming device, at least not as we know them. If the Vita 2 ever happens, it will be a smartphone with enhanced gaming features. I think the Vita and the 3Ds have marked the end of traditional handheld gaming. As mobile gaming takes up more of the market share, handheld gaming is going to be absorbed into the console market where we can get the best of both worlds. The Vita was an unfortunate casualty of game platform evolution. For those who owned one, we can say that it was good while it lasted!