I wasn’t sure what to make of Remote Play since I had used it with the PS3/PSP and it was the absolutely terrible, so I went into playing this with a very negative frame of mind. I decided to check out what Remote Play With InFamous Second Son would be like, it was pretty damn good! 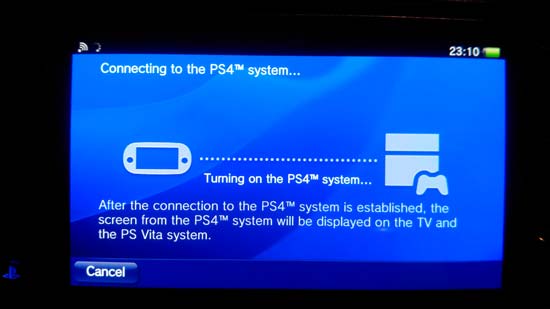 Connecting to the PS4 was a breeze and it took a few seconds to start up the system and get brought to the main menu of the PS4. Once it had loaded up it was like playing on my tv. There was no lag and no stripped down features everything worked as it should. I could navigate the store, friends and do everything that I could normally do. So I didn’t waste any time and got stuck into playing inFamous. 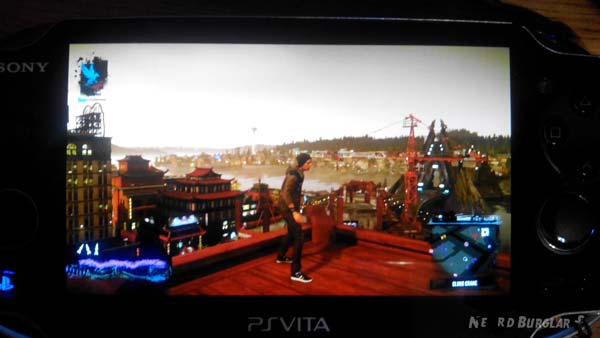 The first thing I can say is there is almost no difference between playing this game on the Vita via remote play compared to playing normally on the TV. The visuals are sharp and detailed and there is no lag or visible frame rate drops. The big thing that bugs me is that the resolution of the Vita’s screen is a bit low compared to playing on a 1080p Tv which leaves a few nasty edges now and then but it wasn’t that big of a deal. 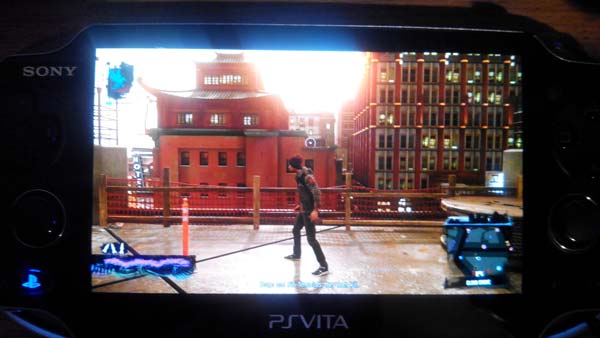 The controls were something that I expected to be a problem since the Vita doesn’t have click-able thumb sticks and is missing two trigger buttons but this never became a problem while playing inFamous. The 2 missing trigger buttons were mapped to the bottom corners of the screen and the thumb sticks (which don’t have any major use) are mapped to the touch pad on the back. Something you do not see very often now that the Vita is pretty much abandoned.

Having the trigger buttons mapped to the touch screen allow you to get back into playing the game very quickly. I could play this entire game using the Vita and have no major complaints. As good as the controls were they aren’t as good as using the Dualshock 4 but considering you can play this game on the go using the Vita it’s absolutely perfect! 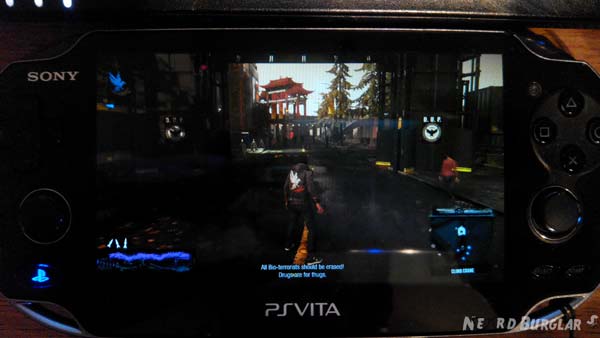 After playing for a while I realized that if you turned on the TV you could also see the gameplay. This helped me make a comparison of the visuals and if there was any lag. The video below will show everything but for a brief summery there was no difference that I could see. The less vibrant colors and occasional jaggies on the Vita screen were simply caused by the Vita having a lower quality screen.