I have found a few of these hidden in chests and stuff. What’s the point in them? Seems like a letdown when I need potions and stuff and all I am getting are these Moogle Medals. What is the point of them? 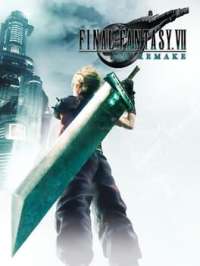 Game guides, questions & answers and other Final Fantasy VII Remake posts. If the answer below was not helpful, and still need Help? Submit a comment below or ask a new question.

They are a form of currency that you use later in the game. They are worth collecting as you can buy some good stuff with them. Once you get to the sector 5 slums you will find the Moogle emporium as part of the story and it will introduce you to the currency and how to use them.

How Do You Open The Exo Dynamics Research Aid?
[ASTRONEER] - How do you unlock the exo dynamics research aid boxes that randomly appear around the world? View Answer
How Do You Open Blue Chests?
[Neon Abyss] - How do you open up the blue/gray coloured chests in Neon Abyss? View Answer
Is there a way to store stuff in chests?
[Forager] - Is there a way to take items from your inventory an store them in chests or some other thing that doesnt mean i have to throw the items away? View Answer
How Do You Open Purple Skull Chests Breath Of The Wild?
[The Legend of Zelda: Breath of the Wild] - How are you meant to open those purple skull chests in breath of the wold? I have found one but it is locked View Answer
How Do You Clear Brambles From Chests?
[God of War] - I have found several chests that are wrapped in thorns and brambles. My attacks don't do anything to break them away to let me open the chests. View Answer
How to open chests locked with red goo?
[God of War] - I have found several chests that are covered in a red goo and I am unable to unlock them because it is in the way. How do you remove it from the chests? View Answer
Leave A Reply