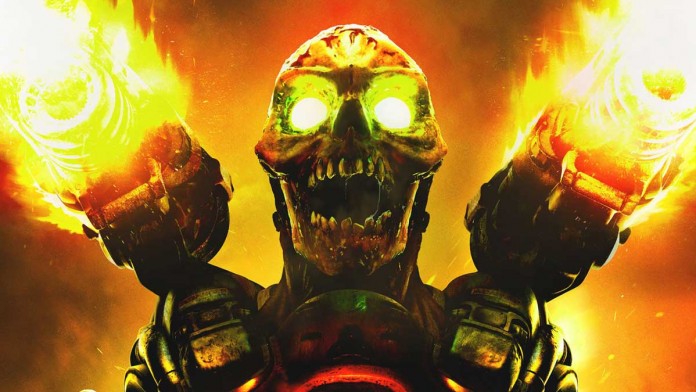 The cover art was released for the upcoming release of Doom several months ago an was met with a lot of criticism from gamers. The criticism was completely understandable as the cover art was pretty boring and generic. They say you shouldn’t judge a book by it’s cover, but we all know that a good cover will catch your eye. Considering the amount of badass shit that is in Doom it’s quite surprising they didn’t take advantage of this to make some insane cover art. For those who were upset, we have good news id Software has listened and we have some new Doom box art.

The developer has been releasing the pictures on their official Twitter profile with a poll on the way. There are currently 2 options to choose from, both of which are far better than the boring original image that you can see below.

If you are ready to put this box art design back in the box with all of the Call of Duty covers and maybe Bioshock Infinite, then make sure you voice your opinion on this one. We have 2 possible options to choose from, both of which are mega old school and are exactly what a cover for a game like this needs to be. Which cover would you most like to see featured on the game.

Here are the box art options