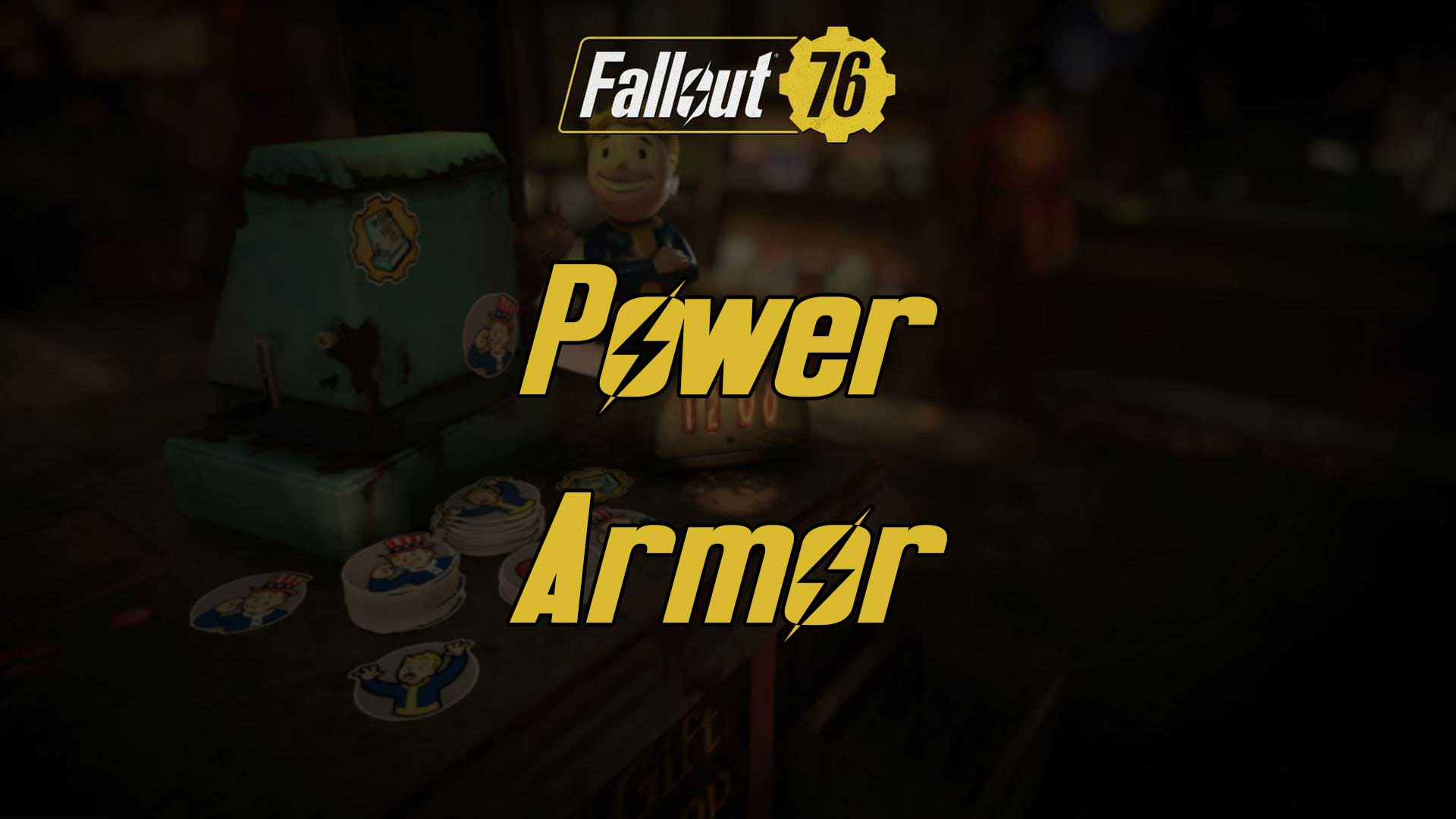 Power armor is one of the most identifiable parts of the Fallout franchise with it being featured in the game box cover art of several titles. The entire system got a major overhaul in Fallout 4 which has been carried over to Fallout 76. Early players may spot the occasional player rocking a kick-ass power armor suit and wonder when you will get your hands on it. The answer is, whenever you decide to go and get it!

This guide will show you where to find power armor, how to find more cores and everything else you need to know about getting a complete, high-end power armor suit.

Where To Find Power armor

While there are some quests that will guide you down the road of finding power armor, the majority of people will likely stumble across it. Power armor randomly spawns around the map. Typically they appear inside power armor stands in sheds and various other locations.

The map below from https://fo76map.com/ will show you all of the locations that power armor can randomly spawn. You should know that this does not guarantee there will be armor here, these are just the locations they can appear at. If another player takes it before you, it will, of course, be gone. Playing on a private server will help increase the odds of the spawn showing up for you.

There are several variations of power armor in Fallout 76. The variation will typically appear in the name of the armor. You can build a suit any way you like but it is best to try and gather a complete set of the best possible armor you can find in order to get the best possible bang for your fusion core.

All of the variations offer an increase in protection and other stats. Some pieces will come with additional benefits and perks like the acid damage that comes with the Strangler heart power armor. 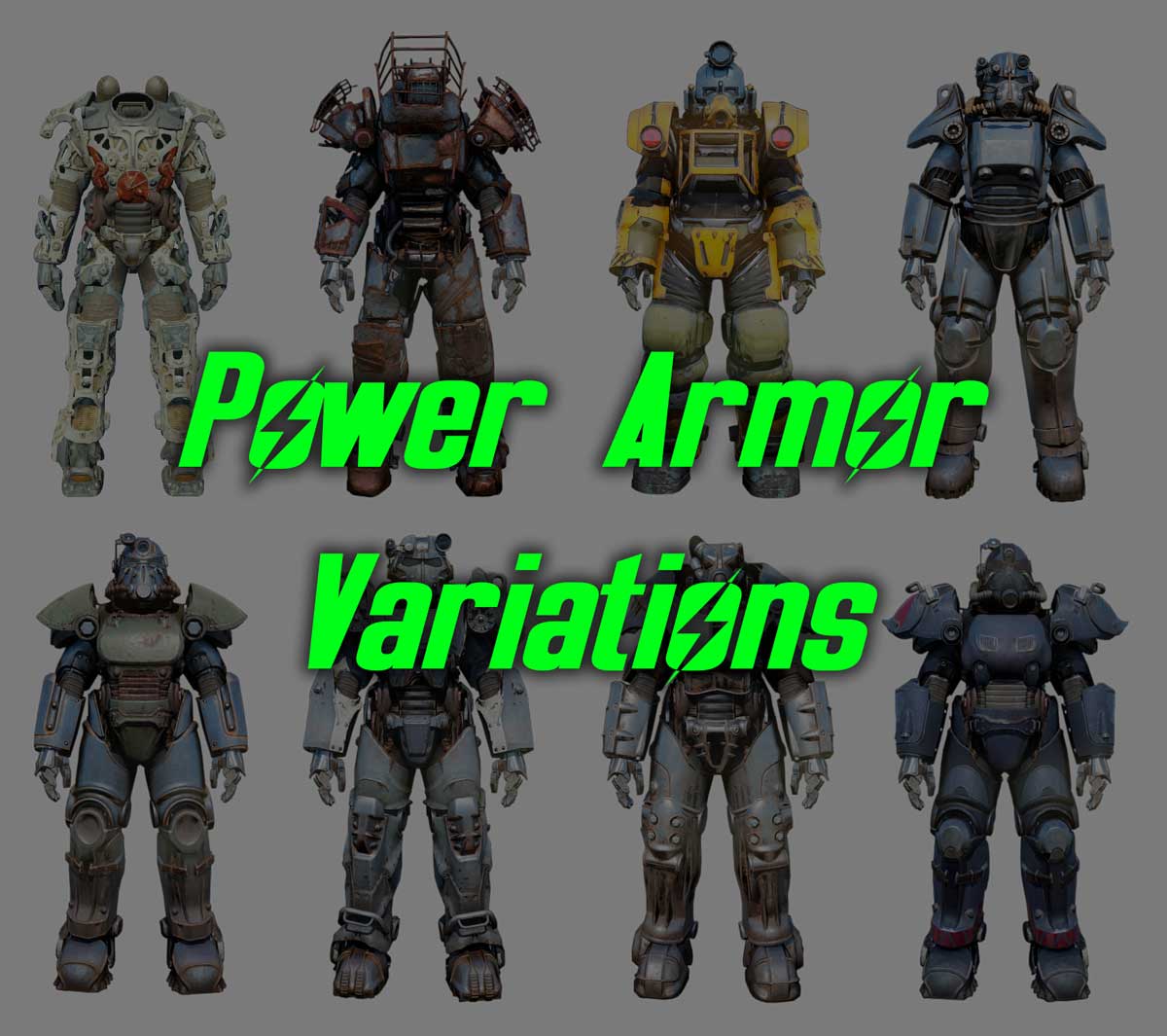 For most players who have yet to complete the story and are looking to invest in a complete armor set, the T-60 is likely going to be the one you go for as this will appear randomly around the map with nothing other than exploration required to get it. For those in the middle, who need something strong to help them grind some gold to get their hands on the better suits, you will likely have your eyes on the X-01 suit.

The X-01 power armor is the first, high-end power armor set in Fallout 76. There are better suits out there but this one is the best balance between being easy to obtain and offering some very good protection against enemies.

Obtaining the X-01 suit will require you to follow a fairly fun and interesting questline. This will take a bit of effort but it is fun and is not like the grind required for some of the armor tiers above this one.

If you want to find out where to find the X-01 power armor suit in Fallout 76, check out the video guide below. It will show you the start quest and then guide you through everything you need to do to obtain the suit.

The T-65 power armor was added in the Wastelanders update and is considered the best power armor available in the game. In order to obtain it, you must complete the main story and gain access to gold bullion as a currency (I will say no more than this due to spoilers). The grind to obtain this power armor is huge and will take players a month of solid playing to obtain. While we can all agree that it is better, is the T-65 actually worth the grind?

Well, to avoid lengthy debates on the topic, someone has gone to the effort of testing it out and ran the numbers. By equipping each of the various variations from the weakest to strongest, we get to see what impact this has on damage protection. This, of course, ignores any perks that come with a complete set, but it is interesting all the same.

Unless you really want this as a way to show off and have nothing else to spend the gold on, the armor doesn’t appear to offer enough benefits to make it worthwhile. The grind to get it is quite large and the payoff does not seem big enough to make it worth the dedicated grind. It is up to you, however. Check out the video below to see how it compares to the other pieces.

Where To Get Fusion Cores

Ever since Fallout 4, power armor has required a fuel source to power it. The logic makes sense but the rate of consumption is not something we are fond of. A core can be found randomly powering a generator that was built before the war but suddenly it is gone after an hour of being inside your suit. The logistics aside, if you want to take advantage of power armor, you are going to need to find power cores.

Hoarding cores is difficult due to the 3 lbs of inventory space they consume. The best strategy for most people to take is to capture one of the games power plants. Each power plant contains a unique machine that will allow you to print an infinite supply of fusion cores for free. The limit will be your inventory!

Check out the guide for capturing Poseidon power to make this process easier, but ultimately, you just need to capture the workshop next to it and power the fusion core generator whatever way you want.