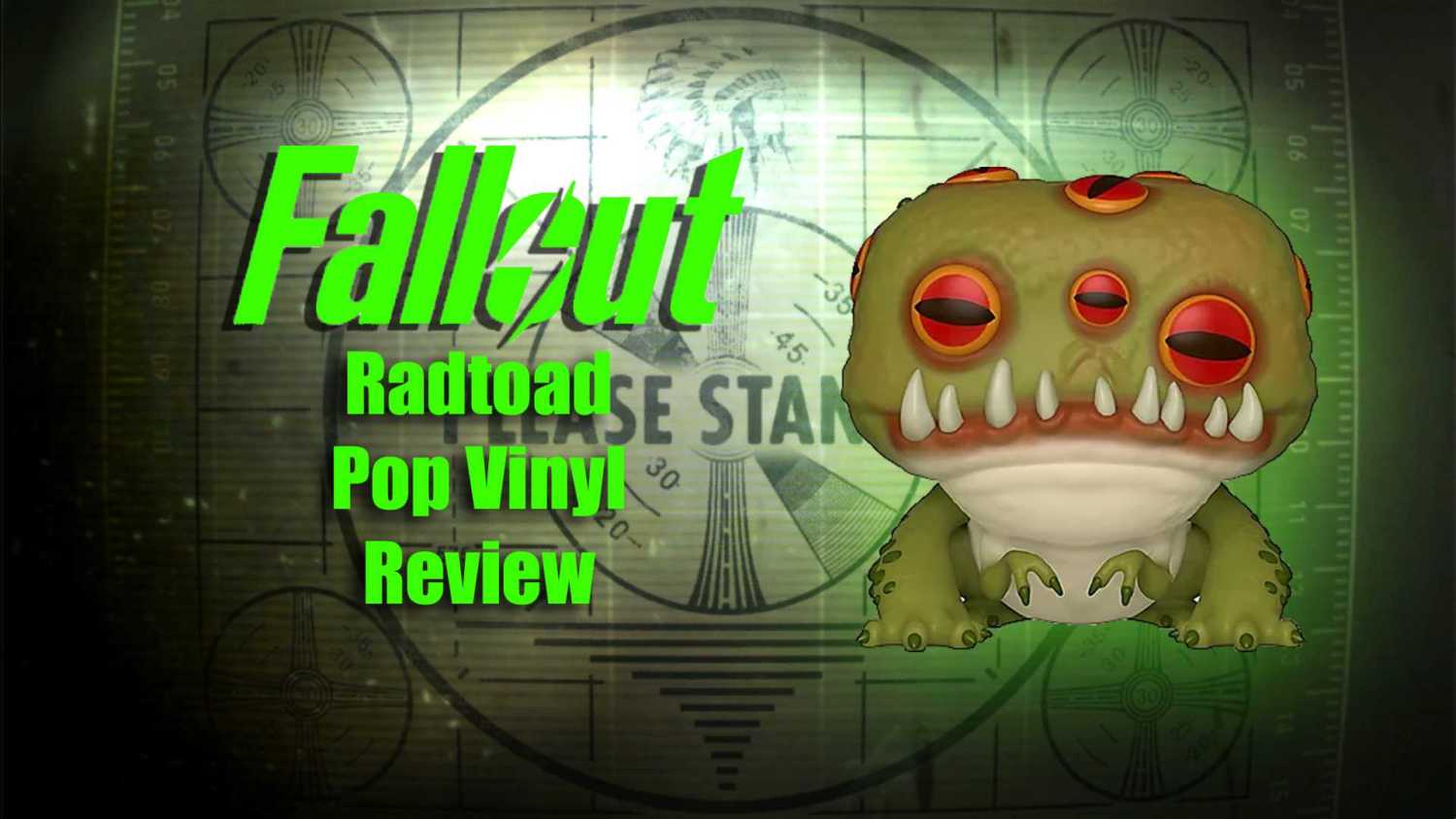 With the recent addition of the pop vinyl sentry bot to my Fallout shelf, one or two new things were needed to add a bit of life to the shelf. Sticking with my rule of not buying any more pops unless they didnt look like pops, i felt the Fallout 76 Radtoad fit the bill to join the sentry bot.

The Radtoad from Fallout 76 is a pretty cool creature. We haven’t seen many new rad-related creatures in Fallout games for a while so it was cool to see something so new and unusual. Combined with the firefly mission near the lighthouse, most people will have fond memories of these creatures.

The Pop Vinyl figure looks pretty good and doesn’t immediately feel like a Pop, simply because the Radtoad proportions in the game are pretty messed up. Multiple giant eyes, all over the head along with a massive body all fit well with the Pop Vinyl sizes to make this one of the cooler small models there is. 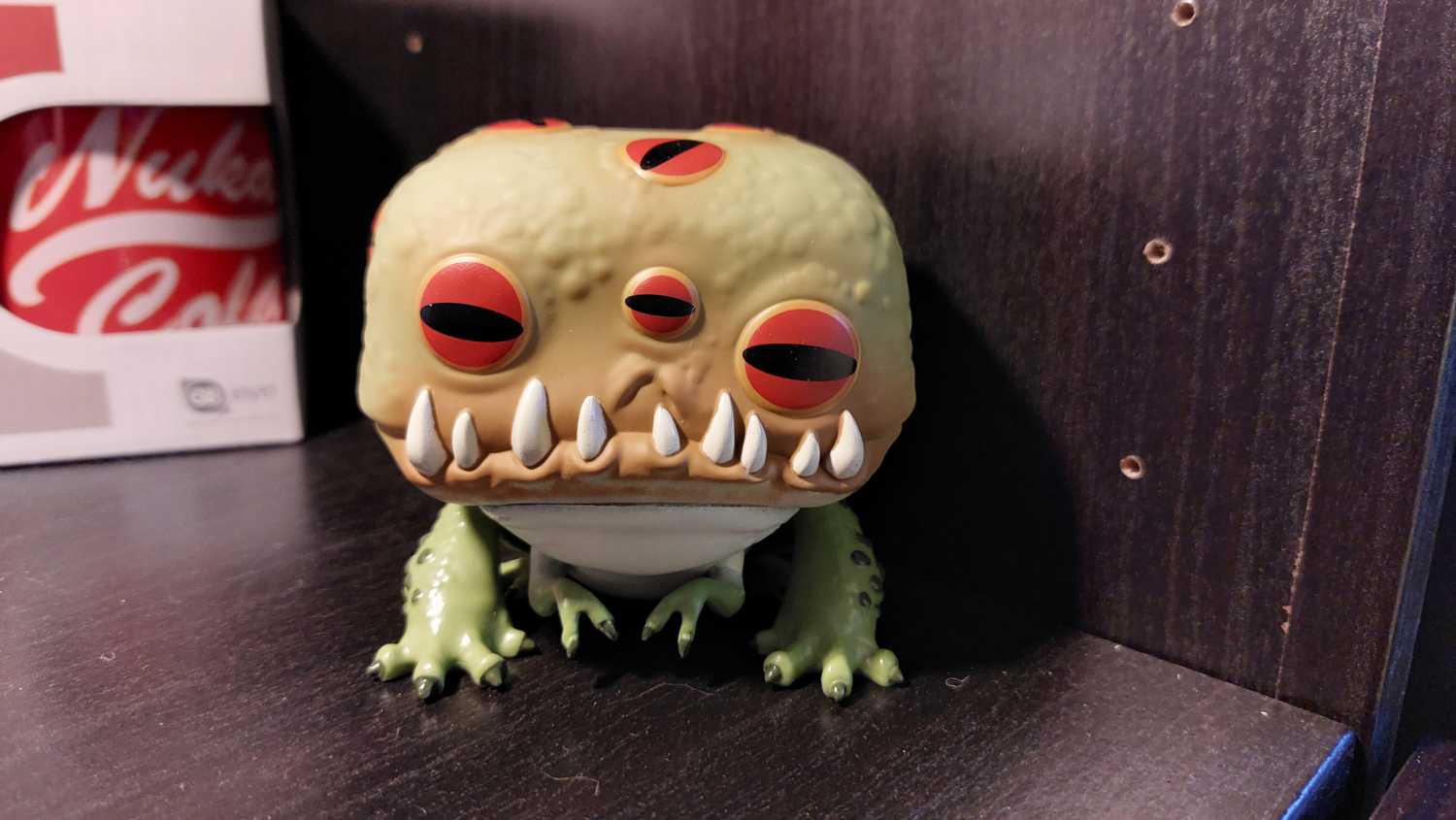 As far as details go, this figure has quite a few nice bits to it. I don’t think I have ever noticed that Radtoads have an additional set of legs/claws on the front of their body. They are hard to notice from a distance but up close you see them quite clearly.

As with all Pop Vinyl figures, the paintwork is up to a good standard. No noticeable instances of paint bleeding over the lines or any obvious mistakes. In fact, the colors and detail are all really nice and are a stand-out part of this figure. Lots of nice gradients where the colors go from green to brown. A lot of effort was put into making this feel like a real frog that has gone wrong. 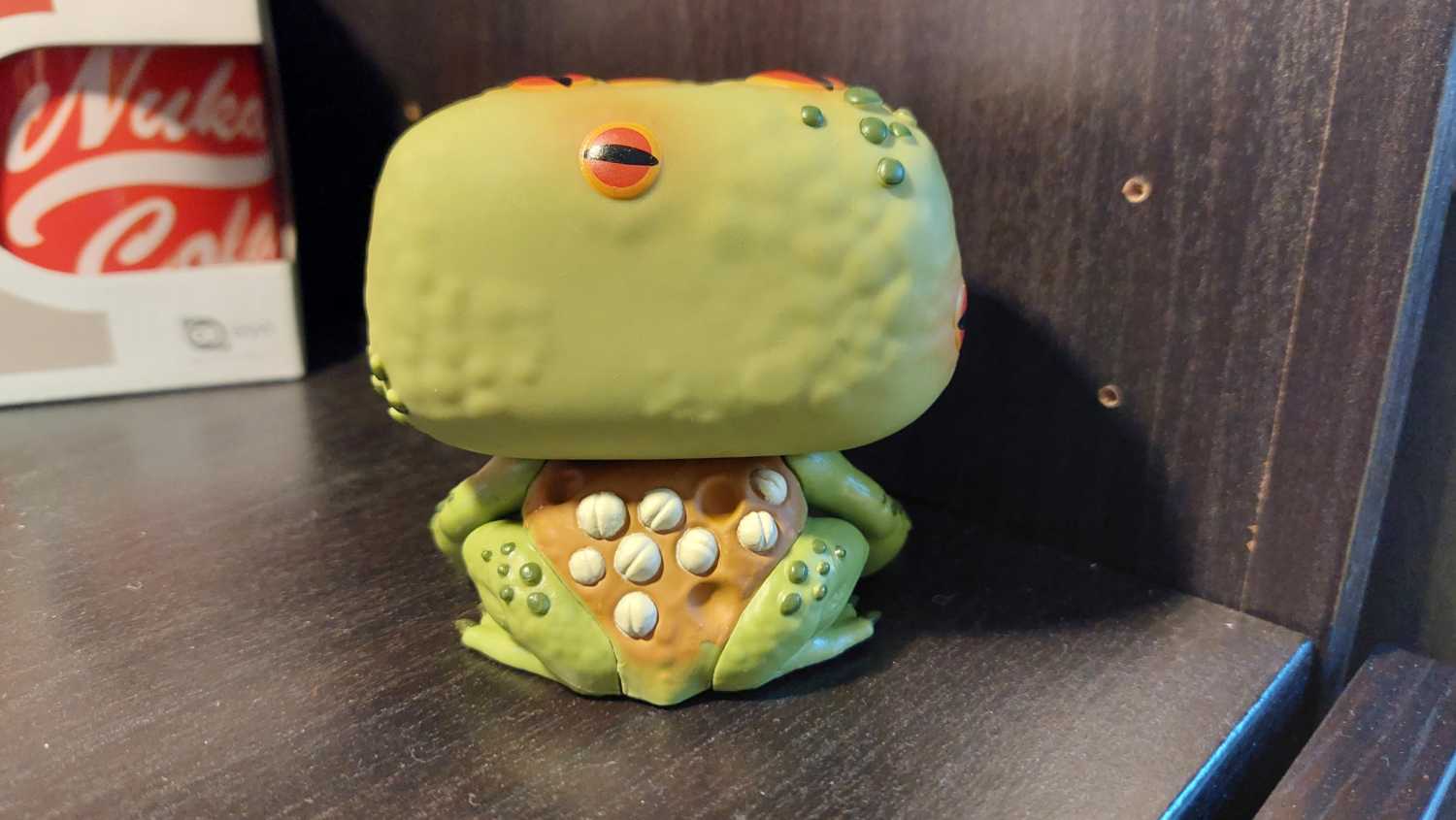 One of the more nasty parts of the Radtoad is its back. I am sure most people have seen the videos of Surinam toads where the babies live in little holes on the back of the parent. Well, it seems Radtoads descend from this family with a rather nasty batch of eggs, babies or whatever you want to call them on the back. 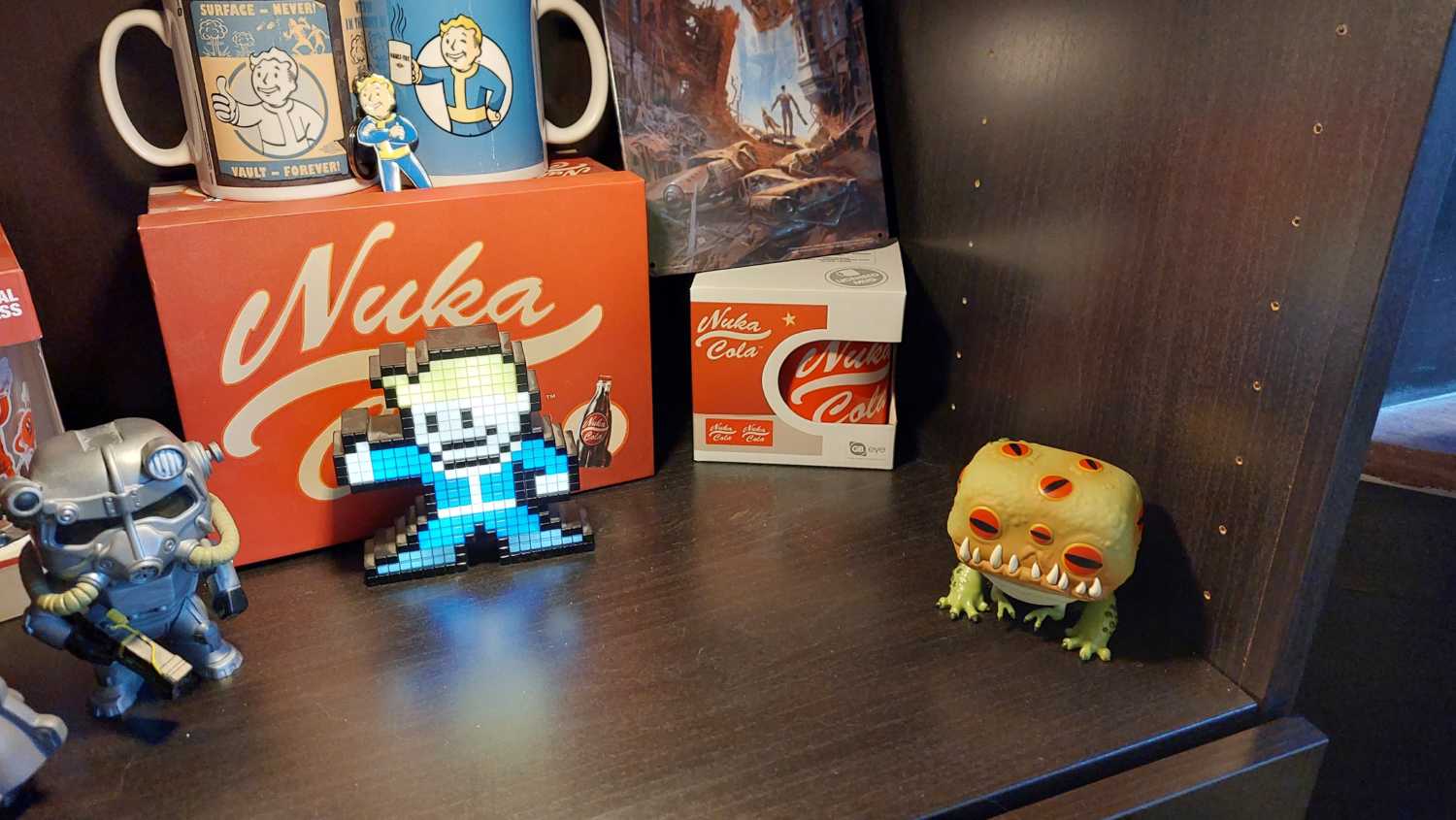 After placing this model on the shelf with the rest of the Fallout merch, I immediately found myself wanting another one. These toads would definitely look good in a group. In fact, it would be pretty awesome if it was possible to get a larger Radtoad pop so you could have one large daddy toad with some smaller toads around him. Either way, this is a really nice figure that will go nice with any other Fallout merch.

8.5/10
The Radtoad is one of the cooler Funko Pop figures that would be even cooler if they released a larger version so you could create a little army of radiated toads. There is some nice detail on this figure with clean paint work making it fit in perfectly with the rest of your Fallout merch.
Pros
Cons