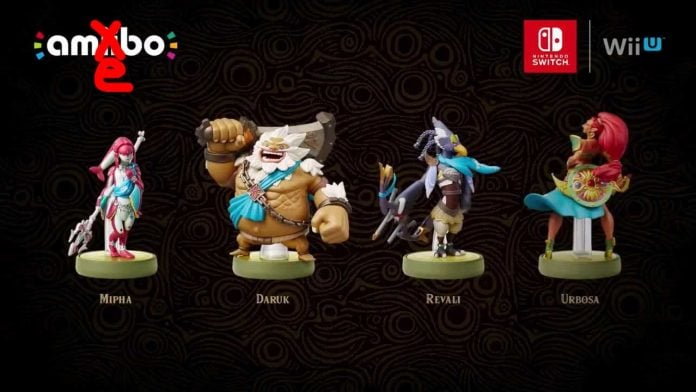 Amiibos have been a fantastic addition to Nintendo’s merchandising business. Collectors and gamers get to buy high quality figures of the gaming characters they love without having to pay crazy money. The added bonus comes from the NFC tags in the base that often unlock in game rewards. While it is unethical to buy counterfeit Amiibo models, is it all that bad to emulate the chip inside?

Pay to win has become a loathed gaming practice. While developers are gradually breaking away from it, Nintendo’s Amiibo models are technically falling under this category. The Legend of Zelda Breath of the Wild makes fantastic use of them, assuming you could afford to buy them all.

Plenty of free in game items, once per day, that would save you a lot of effort to obtain naturally. The biggest insult by far was the fact that Links iconic horse Epona, could only be obtained by scanning an Amiibo. A Zelda game without this horse seemed so strange. With a strong focus on horse riding in this game, locking Epona behind a paywall was strange.

After having paid $60+ for a game, is it really fair that someone would need to fork out another $15-$20 to get Epona? What if you didn’t want the physical Amiibo and just wanted the in game item?

The technology inside the Amiibo models is incredibly simple. Credit should be given to Nintendo for coming up with a great use, but the technology is very simple. Inside each model is an NFC chip, the same thing that is used for android and apple pay. It doesn’t require power or anything fancy. Some random series of letters and numbers is loaded onto an NFC chip. The NFC reader in the Nintendo Switch will scan this chip and activate the in game reward.

Nintendo did not invent the NFC technology. It is a common technology that most apple and android smartphones contain. Ever wondered how you can drop your phone onto some scanner and it will pay for your items? It is the same tech that the Amiibos are using. The presence of this technology in most smart phones, means that people can use an android device to create what are known as “Amiibo cards”.

Amiibo cards are credit card sized plastic cards that have an NFC chip inside of them. People are able to pull the Amiibo data from the models using a free Android app called TagMo. Once the bin file has been created, they can write the data to the NFC card.

There is no arguing that if someone were to start selling fake Amiibo toys/figures, it would be infringing on Nintendo’s intellectual property. If you were to copy the NFC data from say a Zelda Amiibo and put it onto a card, is this stealing? Is there anything of substance in the NFC aspect of the Amiibos that would warrant any legal action if they are replicated?

If we focus on the NFC aspect, Amiibos are a pay to win system. Loot boxes and other similar systems are lothed by gamers across the world. You could argue that with Amiibos, you pay once and get a nice figure. In fact, I bought several Amiibos before I had any use for them in a game. As far as pay to win goes, Amiibos are as good as it gets.

I am no lawyer, I really can’t say if someone using smartphone Amiibos is breaking the law. It doesn’t feel like it is theft of any standard. Can a hash key stored on some NFC chip be copyrightable?

Games like Super Smash Bros support an incredible amount of models. It really can’t be expected of anyone to own them all. Financial reasons aside, a lot of people might not have the means to store such a large amount of them. Amiibo cards feel like a fairly fair substitution. With limited releases for some of the Amiibo models, the cost to buy one on Amazon from a scalper is beyond fair. For some people, there is no alternative than to use TagMo.

It is certainly very easy to create your own Amiibos using a smartphone. As of right now, I do not believe Nintendo have come out and tried to attack the practice. For the moment at least, people will more than likely continue to make Amiibo’s using Android without any legal concern. It does make you wonder though. Is it wrong for anyone to use fake versions in Nintendo games.