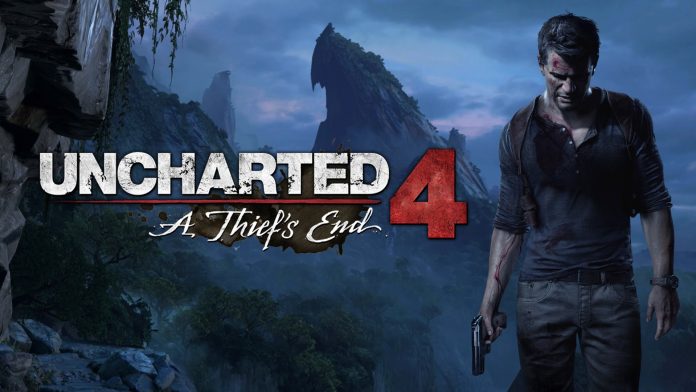 It isn’t very often that you play a game where you are blown away from start to finish, but the latest game in the acclaimed Uncharted series is one such game. From the incredibly realistic characters and relationships, to the almost movie like visual you will spend the vast amount of your time playing this game in complete awe. I was beyond impressed with the voodoo magic that Naughty Dog pulled out to make this game. I found myself looking at scenes in the game just asking “How?”. How did Naughty Dog make this look so damn good.

No one really knows how they did it, but the developer of Uncharted 4 have pulled of an incredibly impressive feat with the graphics. Even the most muddy and blurry of textures are far better than the best textures we get from average games. Every scene looks as though it was hand painted. It is hard to believe that any of this is a real time dynamic game. Uncharted games have always had strong visuals for their time, but Uncharted 4 blows all past games and pretty much every game ever released out of the water. One thing that always stood out in Uncharted games as being a bit ugly were hands. Fingers and nails looked like they were made out of melted plastic. It feels weird to focus on hands, but this time around the hands and even skin in general look so realistic. There are no eyesores at all in this game. Everything just looks so perfect. It does not look photorealistic, but it matches up to some of the best animated movies on the market.

Animations have always been a strong feature of Uncharted games due to the motion capture used to create the animations. The only thing that was hand animated in the past were the facial animations and it was quite noticeable. This of course is no longer an issue either as the animation of mouths as the characters speak is spot on. Watching Nate chew down on a bowl of pasta is as realistic as you are going to get.

The visual side of Uncharted 4 has really taken the spotlight , but under all of those fantastic textures is an incredibly solid game. The story in Uncharted games have always followed a similar pattern and it has always been something I have enjoyed. Uncharted 4 feels a little different from past Uncharted games. The characters are voiced as perfectly as ever, but the story feels a little more tense and realistic. I can’t spoil the story, but in the past it was all about the treasure hunting with the hope of getting rich. The motives are a lot more dark and negative this time around. I think this is a welcome change from the past 3 games. There is finally come consequence to the events of the game. Nate isn’t just wildly mowing down enemies and risking his life in order to solve some ancient mystery, he has a very genuine reason this time and it really gets you emotionally attached to the characters and story. You don’t just want to complete the game because it’s a game, you do it because you want everything to work out. This is definitely the best story in the series.

Uncharted has never really struggled in terms of gameplay. The controls have always been solid and I don’t think i have ever encountered any sort of bugs in any of the games. Uncharted 4 is no exception and if anything it makes the past 3 games look bad. Like always the leaps, jumps and climbing parts of the game are incredibly unrealistic, but hey its a game! Without Nates insane upper body strength we wouldn’t have a fun game to play. The gun mechanics have changed slightly with a much better cross-hair on your weapons. Stealth has also gotten a major overhaul with enemies now having a suspicion meter. If this fills up the enemy will spot you and your cover will be blown. This makes it very much possible and a lot more interesting to play the game using stealth. Another new thing added in this game are rope mechanics. You might think that ropes are nothing new to games and also nothing new to Uncharted, but this is a whole new kettle of fish. The first encounter will be with a grapple. This is a tool that Nate can use to catch onto ledges and other pre-defined items in the game world and then use the rope to swing around on. Things get impressive when it comes to the winch on your truck. There is a point where you need to tie the wench around a tree. Rather than have a cut scene or some sort of button click, you need to do the entire thing manually. This means you walk while pulling more wire from the winch, when you get to the tree you must walk around the tree in order to wrap the wire around it. This just seemed so cool that the rope mechanic had proper physics and real mechanics. It seems that every mechanic was implemented to such perfection that you really can’t help but appreciate everything.

Like I mentioned already, the story in Uncharted 4 has taken a turn to be a little more dark and gritty as opposed to the stress free, fortune hunting adventure we have seen in the past. A part of me does miss the vibe and atmosphere from the past 3 games, but the story and setting in this game is just so good I can never say it is not as good. It’s more of an evolution than a continuation. The story from start to finish is a great experience. The emotional relationship you see between Nate and Elena and also with Sully has been perfectly crafted. It really feels like there is a genuine relationship between the characters. This relationship really sucks you in and makes you feel like you are part of the conversations. This makes the thrill of the adventure much more realistic and involved. You want to see the story work out well and everything to come to a happy ending, which is not something I ever really cared about before. This was the first game where I worried that things may not work out well in the end. This really enhanced the story.

The story is set in many different locations around the world. Without spoiling too much, the game pretty much involves the search of pirates treasure. As you may expect, the story is a lot of fun. You can even get a flintlock pistol as a usable weapon (ammo is not abundant as you can imagine). Each of the countries you visit looks and feels unique, the developers spared no expense and didn’t try to recycle anything to save time. Each environment is unique and very carefully built. Each chapter feels like it is an adventure all on its own. Finding a point in which you can put the controller down and go to bed is incredibly difficult. You will constantly want to continue on in the adventure to see what happens next. This is definitely the most enjoyable Uncharted game and most definitely the best game I have played in a very long time. There should be no doubt on whether to play this game. If you don’t own a PS4, this should be enough of an excuse for you to go and purchase one. Uncharted 4 is a masterpiece.