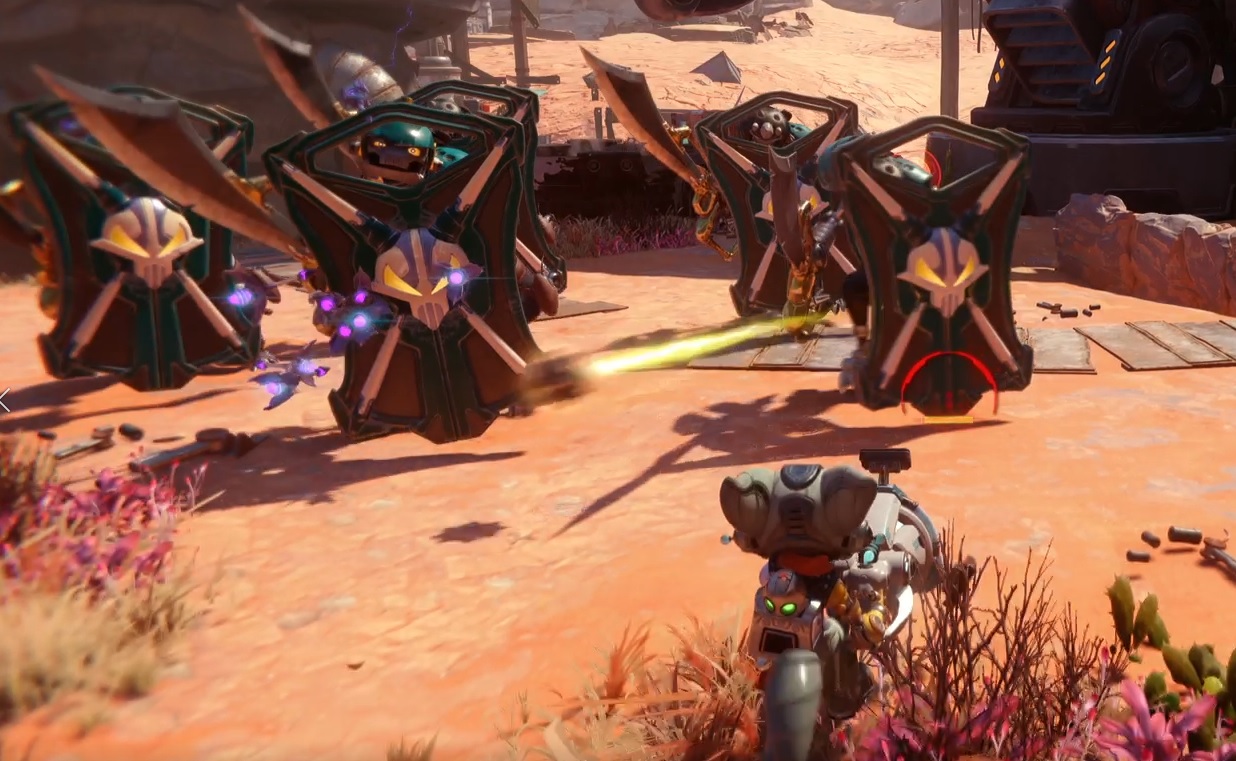 Pirates are one of the most enjoyable enemies to fight against in the Ratchet & Clank series. The developers obviously love them just as much as we saw an entire game based around them with Quest for Booty. You will encounter them a few times during Rift Apart and generally, they are fairly simple to kill. Now and then you will find more armoured enemies, how do you kill pirates with shields?

You will not be able to attack pirates that have shields as they will absorb all attacks. Jumping over them will make them turn and they can still block attacks. Use the strategy below to take them out. The video below will show you some of the different ways in which I was able to take out the pirate enemies with shields in Rift Apart.

The shield pirates will always focus their attention on you. This allows you to throw a shatterbomb or some other explosive behind them or to the side and the blast damage will often cause them to be flung across the area.

When they are knocked back, you will be able to lay into them to cause some serious damage and potentially kill them before they have time to get back up.

The shield pirates will use swords. This means they have to get up close to you to cause damage. When they swing their swords, they will move their shield aside, exposing their bodies. When exposed, you will be able to attack them with a weapon or a melee attack.

If you hit them with something hard that will cause some stun damage like the lightning weapon, it will make them freeze, allowing you to cause damage while their guard is down.

Use Weapons With Special Abilities

I have gone over some of these weapons in good detail as part of the complete Rift Apart weapon guide. The best weapons are ones that have some kind of bonus ability that will work away on their own while you distract the pirates. The inverse also works where the weapon, such as ms Fungal will distract the shield pirates, allowing you to damage them when they have their back turned to you. The following list of weapons can be used to take out the shield pirates in Rift Apart.