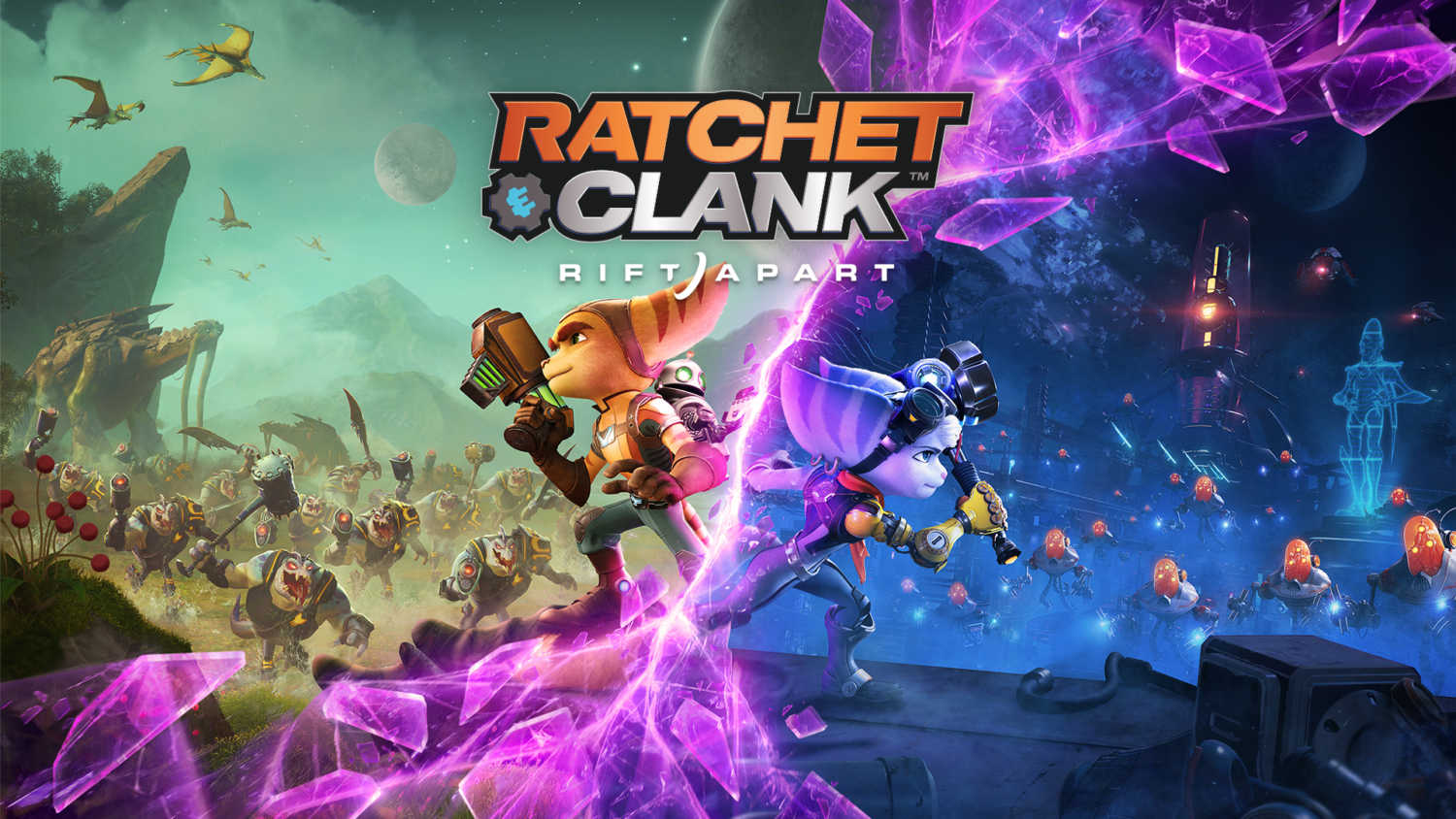 Ratchet & Clanks long-awaited debut on the PS5 is finally here. An exciting story that is meant to take full advantage of the next-gen hardware and that speedy new SSD we have heard all about. With Insomniac’s track record as being one of the best developers in the industry, Rift Apart has all the makings to be one of the best games in the franchise. It is time to see how much extradimensional power the PS5 can really provide!

Back in 2016, Ratchet & Clank on the PS4 came pretty close to looking like the feature-length movie that accompanied it. Rift apart has been able to bridge the gap. The game looks absolutely incredible. The flawless transition between cut scene and gameplay will often take you by surprise when you see how dense the detail is in some places and how this is all being rendered in real-time.

The gameplay, for the most part, is flawless. You will never get tired of blasting through hordes of enemies using the diverse set of weapons at your disposal. The topiary sprinkler was one of the stand out weapons that would turn enemies into beautifully sculpted bushes. You can expect the colourful and wacky lineup of weapons that allow you to engage in some of the most memorable and wacky combat encounters.

Some new gadgets have been added to your back pocket this time around. A fancy new dash feature, which will make for a comfortable combat transition to those having recently played Returnal, allows you to nicely dodge incoming projectiles. It helps give you more control in combat so you can focus on blasting!

The best new gadget of all is the hover boots, which are essentially roller skates with jets instead of wheels. The haptics of the Dualsense makes this one of the most satisfying gadgets you will ever have had the pleasure of using. Mashing L2 and R2 in order to speed up as you skate across the intricately designed worlds is enough entertainment on its own.

While the combat has been nailed down to a tee, there are some other elements of the gameplay that do not work quite so well. When flying, the camera and steering are mapped to the same analogue stick. You are not able to look around without it causing you to fly in the direction you are looking. Having the camera and steering tied to the same thumbstick makes it very difficult to get your bearings, as soon as you turn the camera, you fly in that direction. It makes flying a rather clumsy affair.

Rift Apart is all about interdimensional travel and the aspect has been woven into the game incredibly well. It was one of the selling parts of the SSD and it really shows. Load screens don’t exist. You can zip between diverse locations where there are absolutely no similarities between the environments without a single delay.

The utilization of dimensional rifts is further enhanced when it comes to side objectives. As you explore planets you will occasionally find pocket dimensions which are essentially little platforming puzzles. They are shown as large neon cracks in the environment and once you walk through them, take you to a mini-world where the laws of physics and reality have gone askew. They are such a fun break from the story events which come with a nice armour piece as a reward for completing them.

The story is pretty hectic and action-packed. There is always some urgent event that you are desperately trying to keep under control before it boils over and destroys the universe. It gives the game a huge sense of excitement and suspense as you feel the pressure the games ‘nefarious’ villains put upon you.

Action aside, there is one incredibly big aspect to this game’s story and this is the presence of another Lombax. Ratchet was always the last Lombax and it has been a central part of his character. A new Lombax, named Rivet is a significant juncture in the Lombax lore and is sure to really revitalize things for future entries to the series.

The game’s story-driven approach provides a huge amount of excitement, but it sometimes feels like the focus is too much on the story as if it were a movie and not a game. Getting to the end as quickly as possible isn’t always the best experience.

Savali is one of the largest planets you visit. It is populated with little villages and detailed areas with lots of little areas to explore outside of the story. Amid all this is one single side quest which is a collectable treasure hunt. Sure, it gives you a reason to explore but it makes the planets feel underutilised.

The density of the environment feels like a backdrop for the story and when you explore, you find the backdrop is rather one dimensional. All of these interesting worlds are never taken advantage of. It would have been nice if a few more optional side quests were included that allowed you to take a time out from the story to go and have some random fun. Trek into a dark cave to retrieve a lost item and fight a mini-boss while you are down there kind of thing.

Although little is offered to you outside the main story to keep you playing after you beat it, the game does have a challenge mode. This is essentially new-game +. You keep all your character progress and play again with a higher difficulty and a cool multiplier that allows you to earn more bolts the longer you avoid damage in combat. It is more than enough to tempt those of us who strive for max level in all weapons but doesn’t quite fill the void for those hoping this title would offer a little more in terms of side activities.

With infinite dimensions to explore, It is disappointing that there weren’t more wacky side quests that took you a million miles away from the main story. A dimension filled with sheep or something equally absurd is what you would expect from the franchise. The focus was more on providing a Marvel superhero story and while it was quite successful in achieving this, a lot of the zany Ratchet & Clank charm was put aside.

9/10
Ratchet & Clank: Rift Apart is exactly what you would have hoped for on the PS5. Beautiful environments with a visual fidelity that would stand up to an animated movie. A massively diverse arsenal of weapons, although disappointingly, no groovitron. The combat is rock solid and it is all wrapped up in a bow with one of the more Hollywood action style stories we have seen in a Ratchet & Clank game. It is a real shame that there is next to nothing to do outside of the main story but it doesn't stop this from being one of the best games in the series and a stellar title to add to the lineup of first-party PS5 exclusives.
Pros
Cons