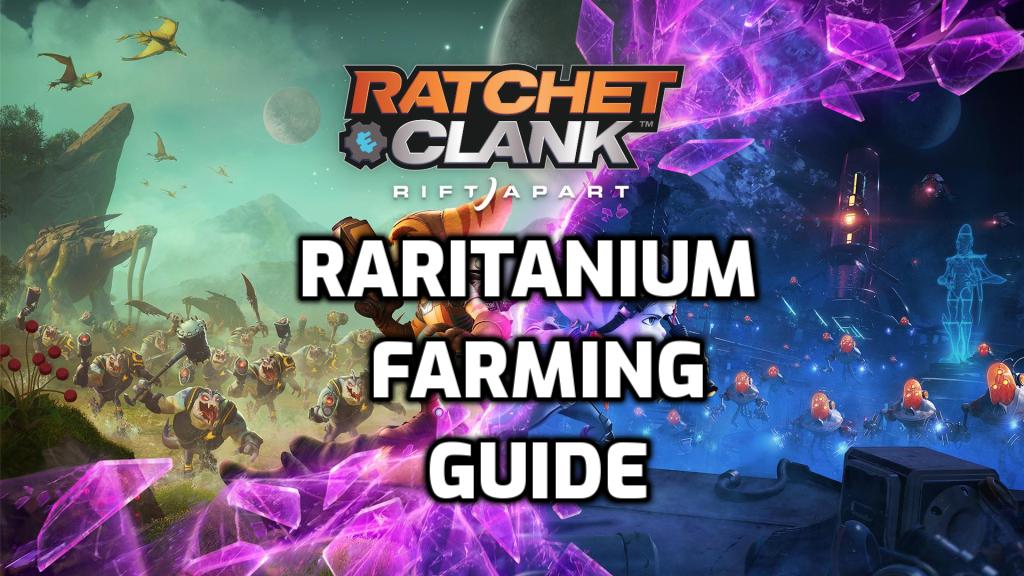 Raratanium is the rare resource that will allow you to purchase upgrades for your weapons in Ratchet & Clank: Rift Apart. You will find it scattered in semi-secret locations on each planet and will also get it as a reward from boss fights.

Since this resource is critical in maxing out weapon strength, you will want to obtain as much of this as possible and use it to max out all of your weapons. Challenge mode and any higher difficulty will make you want to find this stuff a lot faster. This guide will show you some of the best locations to farm raritanium in Rift apart.

Raritanium Grinding At The Arena

I am going to detail several locations below to start farming raritanium. This first location is not story related, so if you have either gone too far in the story or have not gotten far enough yet, you should be able to take advantage of this one as you can return to the arena at any time.

When you get to the Zirkon arena, you will be able to take part in the events by interacting with the computer here. The event you need to look at is against the centipede boss. The boss is pretty easy to kill and you will get 3-4 raritanium every time you kill it. Keep killing this boss over and over to grind an unlimited amount, pretty fast, while also working on increasing the XP of your weapons.

This is the best location to grind raritanium in Rift Apart. It is incredibly useful as you can get up to 8 pieces every 30 seconds. On top of this, you can get around 2000 bolts each time as well. To turn this pitch into a QVC advert, you can ALSO get some huge increases to weapon XP from all of this grinding against high-level enemies.

The video below will explain the best approach to take with this boss fight so I suggest you watch this first before going any further.

You need to wait until you get to the twins on the pirate ship. Unleash everything you have at these guys. The fungal, doom glove and topiary. Whatever you can do to damage them while you whip out the heavy weapons. Aim to take these guys out with everything you have. Forget about ammo as you will be back to having full ammo for all weapons when you respawn.

When you kill both bosses and get all of the raritanium as your reward, jump off the edge of the boat or just restart the checkpoint. Make sure you do not interact with the crank to destroy the weapon as it will trigger a new checkpoint.

Each time you kill the boss, restart right away and you will quickly rack up a huge wallet that you can splash out with next time you visit Ms Zirkon.

This is one of the first locations that you will be able to start grinding some easy Raritanium. This boss fight will appear when you return one of the robots back to the central control room. The room will shut down and a large Juggernaut boss will come through the roof along with several crabs and the lava monsters.

Kill the boss and when you get the Raritanium for killing him, pause the game and restart the checkpoint. This will bring you back to the start of the fight and you can kill him over and over again until you have enough to perform lots of upgrades.

Is There Enough Raritanium to Upgrade All Weapons?

A lot of raritanium is required to upgrade all of the weapons fully in Rift Apart. The big question you might have when considering what to spend it on is whether there is enough for you to be able to fully upgrade every single weapon in the game?

Yes, there is more than enough raritanium to upgrade every weapon in the game. Since you can use the grinding methods outlined in this guide to essentially obtain an unlimited amount, you can upgrade every single weapon fully, early in the game if you are willing to spend enough time performing these useful cheats. You can find out more about weapon upgrades and in the Rift Apart weapon guide here.