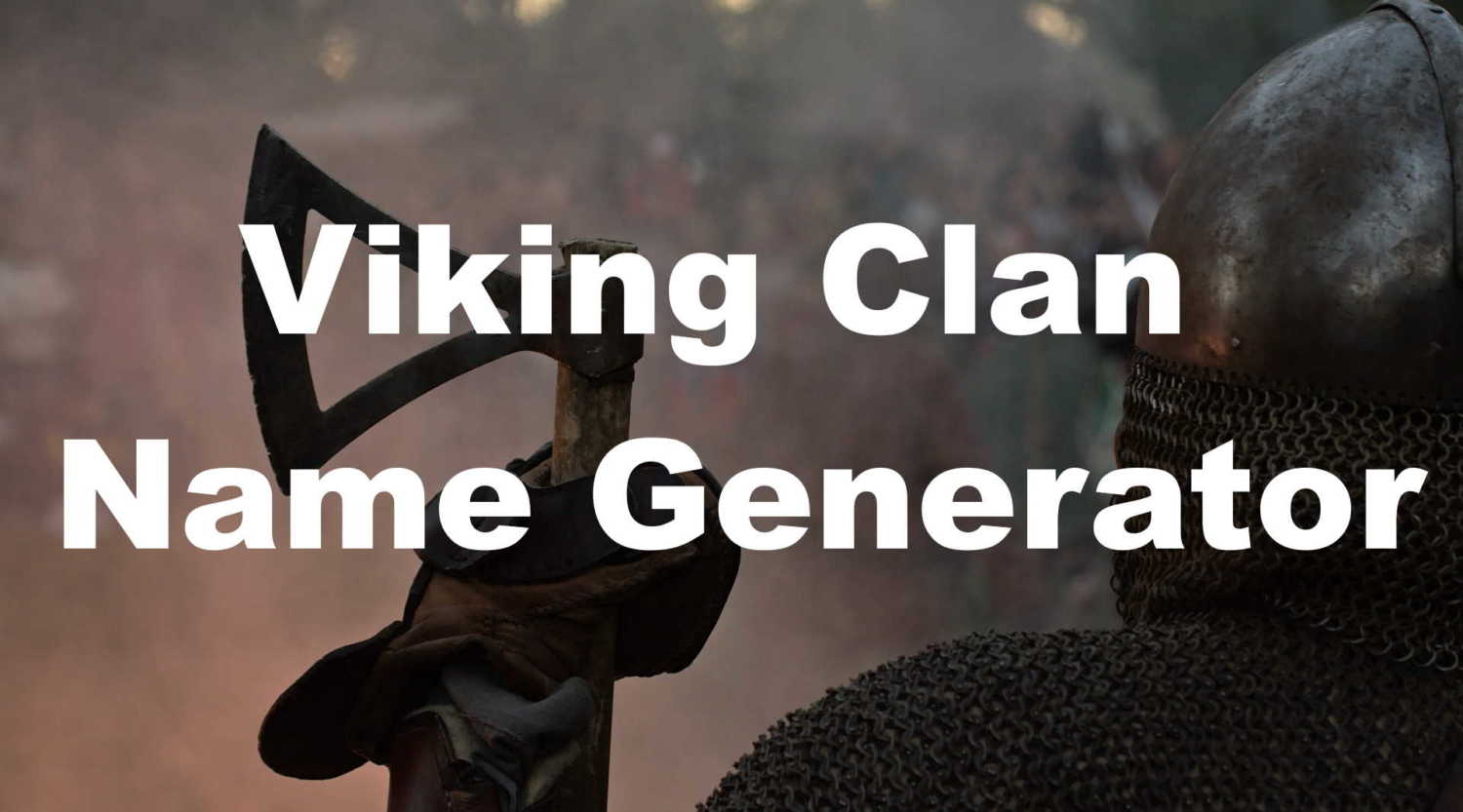 The Vikings are the most brutal and ferocious group of humans that have ever walked the earth. Hailing from Nordic countries such as Norway and Iceland, Vikings were feared by all countries that fell under the range of their boats. Viking pirates were a plague to the countries to the south with constant pillaging and raids. This page contains a Viking clan name generator that will help you build up your own not so merry band of Viking warriors. Use the tool below for a huge list of Viking clan names.

When most people think of pirates, you think of the skull and crossbones kind of pirates but there are many variations. The Vikings were a real-world version of pirates. Attacking from the sea, Vikings would attack innocent towns, villages and monasteries and overwhelm them with force to take all of the valuable possessions these locations had. This page can be used for Viking clan or tribe names.

Although the Vikings were cruel in reality, they make for some incredibly entertaining characters in fiction. For those who love stories with more violence, Vikings are sure to be of interest to you. Clans were actually a major part of Norse culture. Chances are, you are not here to create that kind of Viking clan.

To get started creating some Viking clan names, click on the button below. It will give you some variations of different nordic words and terms. I have included some translations for the non-obvious words so you can have a better understanding (in English) what the meaning of the nordic words are.

Hopefully, the tool above gives you what you are looking for. If the names are too Norse specific and you want some more general sounding clan names to use for your band of Vikings, check out our generic clan name generator. This gives you the option to create some Viking clan names that are not based on the language the Vikings would have used but can still be war based.

If you have any feedback, please leave a comment below and share some thoughts about the Viking clans that you are working on.