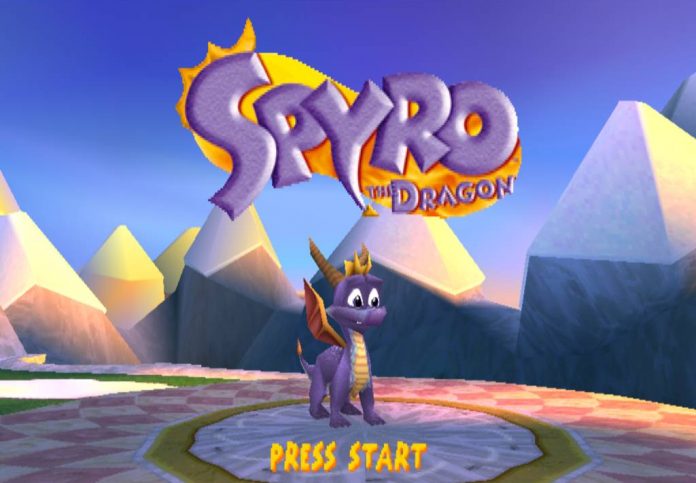 It feels like forever since I played the Spyro games on the Playstation 1. I can remember spending a lot of time playing the games over and over when I was younger. I can remember playing one of the later games in the on the Wii, but it was never the same. With the release of the Crash Bandicoot remaster I have been wondering whether this is going to be the fuse that gets things going with PS1 HD remakes. Spyro the Dragon would be a perfect candidate to get the same HD Remake treatment that Crash Bandicoot is getting.

As much as I liked Crash Bandicoot as a kid, I don’t think it holds the same interest for me as Spyro does. The quality of the Crash remaster looks really good, it looks like they went to a lot of effort to preserve the original, but bring it up to date. This is a complete remake from the ground up and not the typical upscale with some cleaning.  Even though I won’t be buying it, I hope that it does sell well. If it does sell well it will open the door for Sony to do some remasters of more of the big PlayStation One classics. It is easy to forget them now, but there are quite a few amazing games for them to choose from. Spyro is at the top of my wishlist, but a close second would be the Medieval games, a franchise that has been silent for quite a few years now.

The Crash Bandicoot games were quite surprisingly made by Naughty Dog. It seems like a massive departure for a studio to create this game and then go on to create Uncharted and Last of Us. The thing about this studio, is that they are owned by Sony and it likely means that Sony own the IP for Crash. With Spyro, it was made by Insomniac, which even more surprisingly, are still an independent studio. Since the release of the Spyro games on the PS1, they have appeared on other non-Sony platforms, which makes me wonder whether Sony or Insomniac actually own the IP for Spyro. This could get in the way of a remaster if the owners of the IP aren’t game.

My biggest fear when it comes to remakes of the older video games like Crash and Spyro is how much power nostalgia holds. I have often gone back and replayed old games that I remember loving and found that actually it was pretty shit. As an 8 year old, I remember Spyro being brilliant, but I don’t know if the same qualities in a game would resonate the same. It would be entirely nostalgia based love. It would be great to go back to the old levels and bumping into the first troll I ever knew, Mr. Money Bags! I guess one way to be sure is to check the review scores from the time. If other adults liked the game when it was released, then it’s a good sign that the game was actually good. With the first Spyro game holding a score of 85% of GameRankings, it is safe to say that the game was good because it was good.

Thinking realistically, what are the odds of someone releasing a Spyro the Dragon HD collection. The IP owners likely want to make money and I am pretty sure I am not the only one who would like to see Spyro make a comeback. So from the owners and gamers perspective, it makes a lot of sense. A few years back when we first started seeing PS2 games getting the HD remake treatment on PS3, developers were a little slow to get things started. Sony dipped their foot in the water with God of War and quite quickly jumped in head first after the success. If the same success is repeated with Crash, we could see a repeat of this. Crash does well and before you know it, developers have started remaking a large array of classic PS1 games.

One of the big arguments people have for this kind of thing is that it takes away from development of new games. This is very true and for studios that still own the IP for their games, they will likely be unwilling to remake the classic games and unwilling to delegate it out to another studio for fear the quality would not be up to scratch. No matter what happens though, these remakes can be a way to make a quick buck. Capitalize on the success of the original and the nostalgia effect. Since most of these games are more primitive compared to modern games, it will also be easier to develop. Morals or not, there will always be someone wanting to make the money from these and I think this will be the driving force behind it all. The entire thing comes down to whether the Crash remaster is a success or not. I will be keeping my fingers crossed that it is!

If we do start seeing some HD remasters of PS1 games, what would you like to see getting remade?