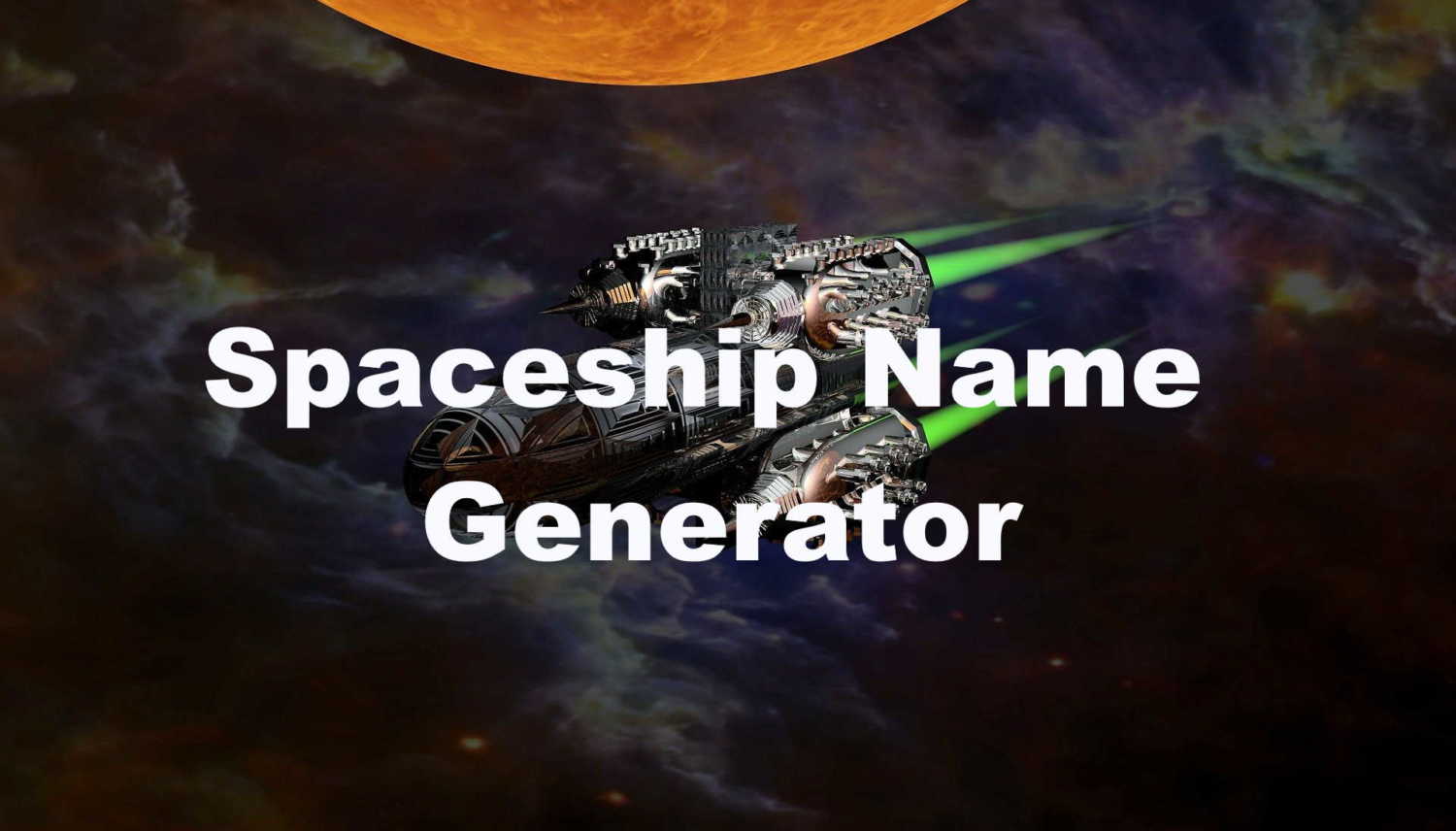 While humanity has yet to fully master space travel, we have mastered telling stories about travelling across galaxies.  Spaceships, much like classic ocean ships, are the vessel of transport to the planets and stars beyond. There are so many Sci-Fi settings that take advantage of space travel. This tool will give you a lot of help in finding some cool spaceship names. Scroll down to the spaceship name generator below to start getting some great ideas.

Spaceships are incredibly diverse in how they look and function. They can range from incredible, city-sized vessels like the Enterprise from the Star Trek series to smaller, personal-sized ships like we very often as fighter ships in the likes of Star Wars. Then we have the Tardis from Doctor Who that nobody fully knows how big it is. It is most definitely a million miles away from any other spaceships we often see in movies.

To get started, start clicking the button below and it will give you lots of cool name ideas. The spaceship name generator is designed to give some variations and ship titles that range in size and function. Feel free to use these names in any setting you wish. For those looking to sail the oceans instead of the stars, this standard ship name generator may also be useful to you.

Sci-Fi stories very often take place in space. While some stories will take advantage of 100s of different ships, making the names less significant, others have very few. Even in a TV show like Firefly, where there were lots of ships, only the Firefly was the one we truly cared about. This is why it is so important to come up with a perfect name. The Sci-Fi Ship name generator above will save you a lot of effort.

If you are working on some fan fiction based on popular movies and TV shows, the Sci-Fi ship name generator above will give you some great spaceship names to use relating to popular shows like Star Trek, Star Wars, Warhammer, Stargate, Battlestar Galactica.

Spaceship names are often quite tricky to come up with. When put on the spot, you will often find you keep thinking of spaceship names from popular TV shows. That is why it is super helpful to have a spaceship name generator. This will help you get past any writer’s block and get straight to coming up with some great ideas that you can use for your sci-fi fantasy.

We often see space ships have acronyms that are similar to those we would see in naval ships or more generally in the 1800s. This tool will often use these acronyms in front of the spaceship names that are generated. If you are wondering what they mean in a space setting, here is a handy list of definitions.

This is definitely one of the more difficult areas to attack with a random space ship name generator such as this one. When dealing with alien races, there is a huge level of work that needs to go into giving this race some character.

Homeworlds, language, appearance and level of intelligence are just some of the important factors that will influence how things will be named. With a species that has its own language that is nothing like any human language, names for space ships may be a foreign concept.

There is no saying that you can’t use the spaceship names that this spaceship name generator produces for any alien races, if they speak English, it will be no problem at all. Keep in mind the likes of Doctor Who. The Tardis is capable of translating any language, both written and spoken into whatever language the person speaks. A very clever way to explain why aliens in faraway galaxies can speak English, often with an English accent.

When working on new races and species to add to your fictional world, adopting a system like this can do wonders for writer’s block. Creating alien languages are very difficult.