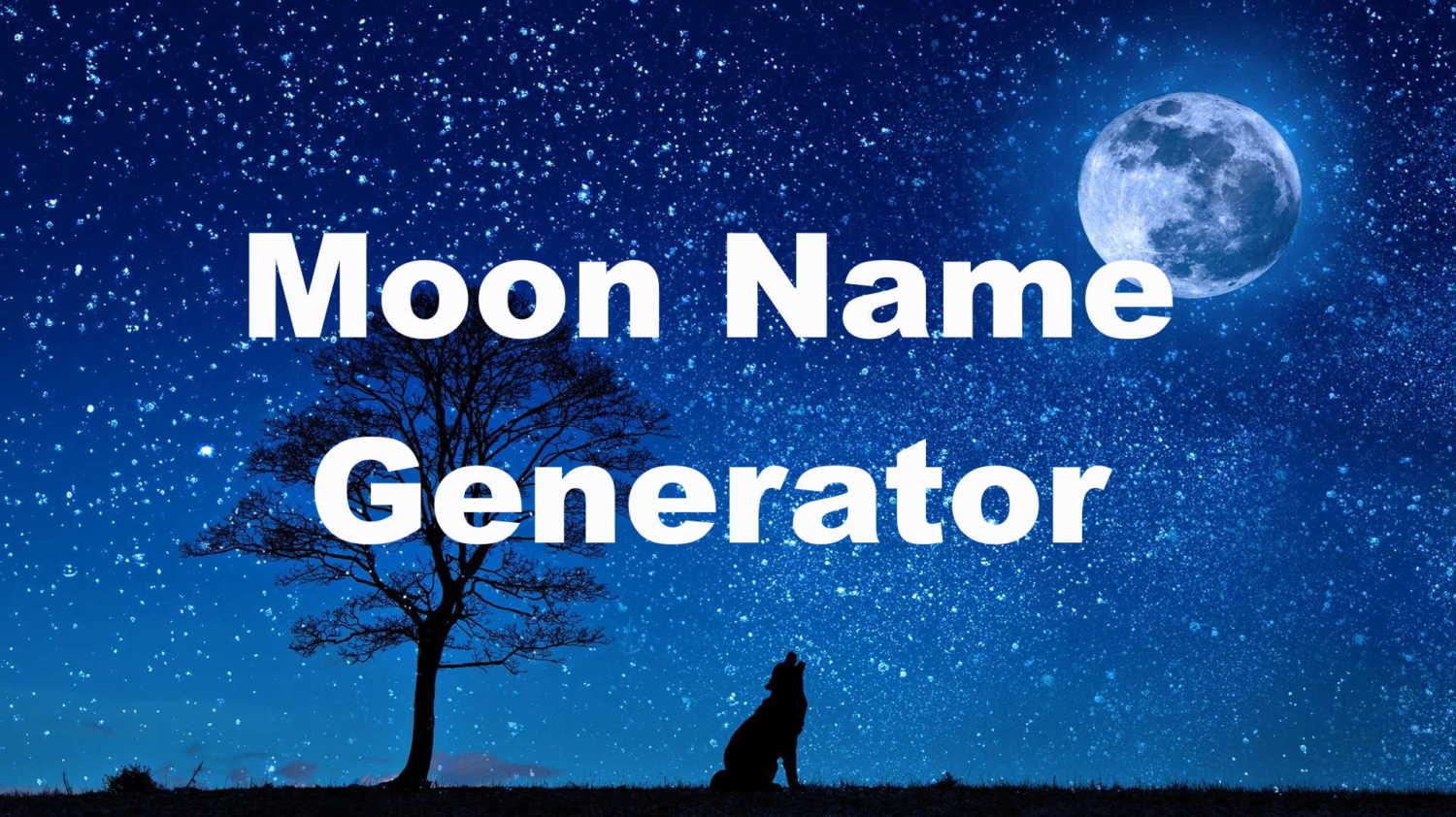 A moon is a body that orbits a planet that orbits a sun. So in other words a (often small) planet that orbits another planet that is orbiting a sun. “The” moon, is Earths only moon and orbits the Earth every four weeks. A moon does not have to be a desolate and barren place like our moon is, although they often are uninhabitable. The tool below is a moon name generator that will give you loads of great suggestions for moons.

A moon can really be a fully functioning planet, especially if you are working on a story where terraforming is a thing. For this Moon name generator, I have worked on the assumption that a moon is going to be a dead surface that does not support life. If you are looking for the moon to be a mini planet, check out our planet name generator. This tool will allow you to create names for ice, fire, toxic, dead and regular planets.

To get started with some moon names, simply scroll down to the tool below. You can use the button to create a list of names that can be used for moons.

Does Earth’s Moon Have a Name

When it comes to moons on other planets, they always have names. Just like the names that this moon name generator creates. For earth’s moon, we simply call it “The Moon” but does Earth’s moon have a name? Well, it does not, the moon is its name.

Earth’s moon was the first ever planet that we ever discovered orbiting another planet and was named the moon. Since then, as we have looked further into the stars, we have discovered more planets that orbit other planets. We needed a way to describe what it was but also distinguish it from others. Calling it a moon, let is know what it was, and then the name let us distinguish it.

Much like how many countries across the world name items after a popular brand name. Zipper is one we all use. This was actually a brand that created clasp lockers or zip fasteners. We now refer to all zippers, regardless of whether they are made by the Zipper company, Zippers. This is sort of what happened to our moon.

Anyway, after going a little off topic, hopefully this moon name generator lets you come up with some great name ideas for moons. If you have any feedback, please leave a comment.