Is it possible to play the game as Delsin instead of Abigail? 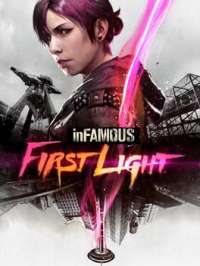 Game guides, questions & answers and other Infamous: First Light posts. If the answer below was not helpful, and still need Help? Submit a comment below or ask a new question.

The game contains 3 challenge arenas. These are large areas where you will have to fight against waves of enemies and try to survive as long as possible. If you have played Infamous Second Son you will have the option to use Delsin as a playable character for these arenas only, but not for the story mode.